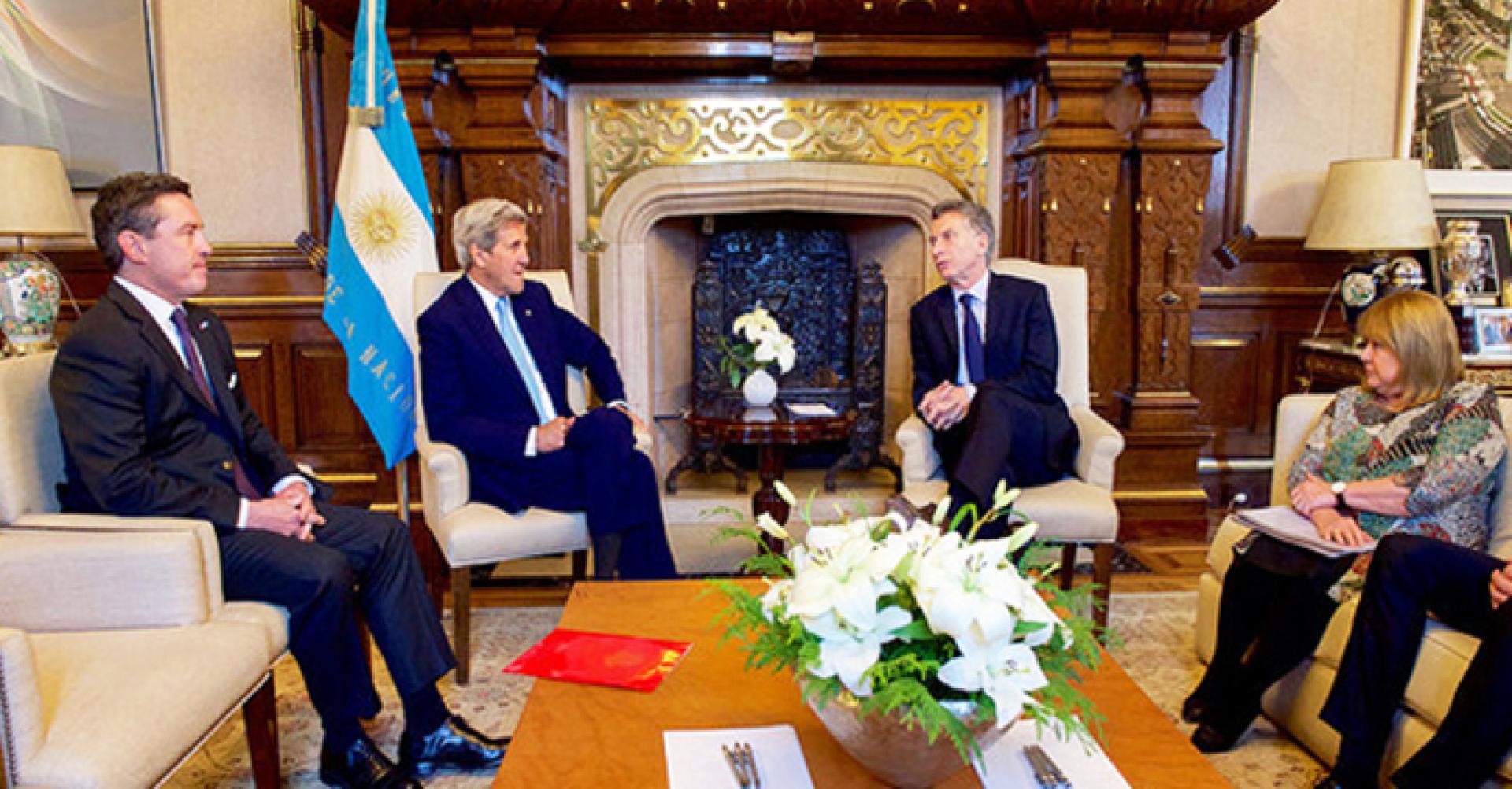 Strengthening of bilateral relations with the United States

The recent visits by President Obama and Secretary of State Kerry to Argentina, as well as the agreements reached on a variety of matters such as trade, human rights, the fight against climate change, security and the fight against all forms of international crime, are examples of a new, more mature, cooperative and diversified bilateral relationship.

With the visits of President Barack Obama to Argentina last March, and of the Secretary of State John Kerry last August, the bilateral relationship between Argentina and the United States has entered a new era with a broad, varied and constructive agenda at its core.

This new agenda- which its fundamental guidelines were agreed with President Obama during this visit- had continuity and follow-up a week later with President Mauricio Macri and Foreign Minister Susana Malcorra's visit to Washington DC on the occasion of the Nuclear Security Summit. At the Summit, Foreign Minister Malcorra and her American counterpart agreed to launch a "High-Level Political Dialogue" between both countries, as well as to discuss issues relating to the strengthening of bilateral relations, the promotion of shared prosperity, bilateral cooperation for inclusive economic growth, trade, investment, job opportunities, tourism and education exchanges.

Both Foreign Ministers reviewed possibilities for the United States to support Argentine contributions to Peacekeeping Operations of the United Nations (UN). In the field of human rights, they reaffirmed their commitment to strengthen the Organization of American States (OAS) and its Inter-American System for the Protection of Human Rights, as well as to continue with the cooperation activities that they have been carrying out in this field within the framework of the UN and other international fora.

During Mr. Kerry's visit to Buenos Aires in August, the Secretary of State welcomed Argentina's decision to receive 3,000 Syrian refugees in the country, stating that the United States will support all the efforts, within a context of shared responsibilities, working jointly with other international donors. He also welcomed Argentina's decision to increase its contribution to the fight against climate change and to continue working jointly to adopt an amendment, in October 2016, aimed at phasing out the use of hydrofluorocarbons.

Although the issue still has to be reviewed by the US Congress, Secretary Kerry noted that the United States is planning to assign up to $1.5 million to support Argentina's efforts to reform its law enforcement and criminal justice systems to combat drug trafficking and other forms of transnational criminality.

As a proof of the growing confidence between both countries, during Secretary Kerry's visit,  Argentina and the US adopted a Joint Declaration that provides for the incorporation of Argentina into the "Global Entry" programme, which allows expedited processing to enter the United States for Argentine citizens who fulfil certain requirements.

Furthermore, Secretary Kerry delivered to President Macri a first tranche of documents declassified by the US Government in relation to human rights abuses committed by the Argentine military dictatorship in the 1970s. The documents were delivered in keeping with the commitment previously undertaken by President Obama in response to a request by his Argentine counterpart.

The new political era that Argentina has entered has revitalized and strengthened its common agenda with the United States on the basis of a mature, cooperative and diversified bilateral relationship that not only seeks to foster cooperation on traditional issues, but also to decisively promote new areas of mutual interest.