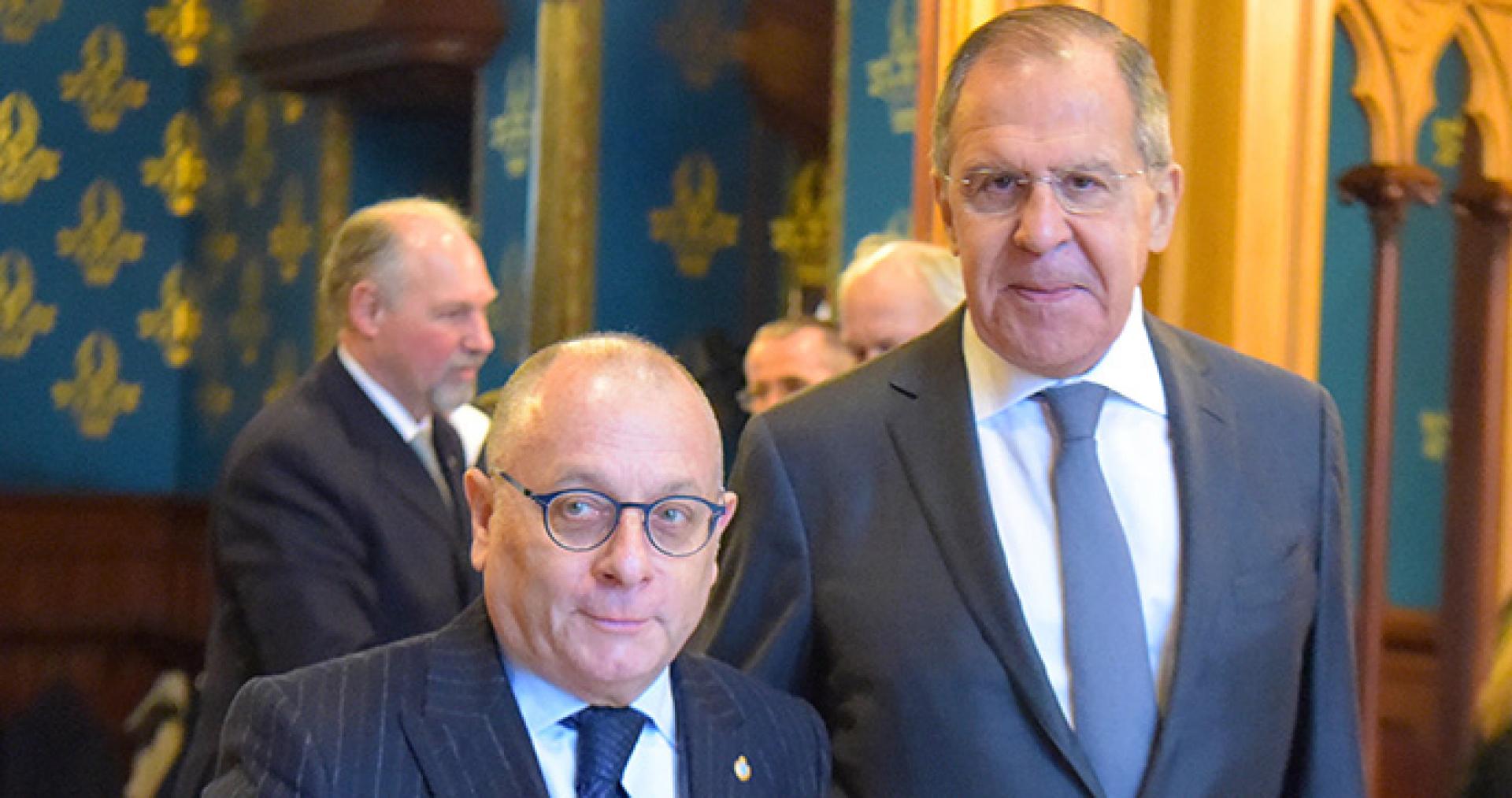 Political dialogue is deepening and expanding: On 16 November, Foreign Minister Jorge Faurie paid an official visit to Moscow, in the Russian Federation, at the invitation of his Russian counterpart, Foreign Minister Sergey Lavrov.

Since President Mauricio Macri took office in December 2015, Argentina has pursued a foreign policy aimed at achieving the country's smart insertion into the world, one of the current administration's main strategic goals.

In this context, in April 2016, Argentina reaffirmed the Comprehensive Strategic Partnership entered into with the Russian Federation in 2015, on the occasion of the 130th anniversary of the establishment of diplomatic relations between the two countries. Since then, work has been ongoing to strengthen and expand the Argentina-Russia partnership in a wide range of cooperation fields, both at the bilateral and multilateral levels.

Political dialogue is not only being deepened but also expanded. On 27 October, the 1st Consultations Meeting of Press Offices was held, in addition to the meetings that are regularly held at the level of Directors of the two Foreign Ministries. These meetings serve as an opportunity to address a wide range of topics and thus identify shared views and potential new areas for cooperation. The Political Consultations Meeting at the level of Deputy Foreign Ministers is regularly held and during the last one, on 12 October, the Deputy Foreign Ministers reviewed the items on the bilateral agenda and agreed to update the Political Consultations Plan for the 2019-2021 period, which is currently under negotiation.

In addition, work is permanently being undertaken with a view to consolidating the bilateral legal framework. The two countries having complied with their respective internal requirements, several bilateral agreements on legal matters will soon enter into force, while agreements in other fields are under negotiation, including on economic and trade matters, science and technology, agriculture, fisheries and aquaculture, culture, and space matters, among others.

As regards the economic and trade relationship, the 13th Meeting of the Argentina-Russia Intergovernmental Commission for Economic-Trade and Scientific-Technological Cooperation will be held in February 2018 in Moscow. Both countries share an ongoing interest in increasing both bilateral trade and Russian investment in Argentina, by exploring new opportunities in the infrastructure and energy industries, including projects on conventional energy sources as well as on renewable energy. It should also be noted that cooperation on scientific-technological matters is a priority for the two countries.

The Foreign Minister's visit to Moscow also confirms the importance that Argentina has historically assigned to the Russian Federation and serves as a starting point to forge a closer bilateral relationship in line with the needs of the 21st century and considering that in 2018 both countries will attract the attention of international public opinion. As for Russia, it will host from 14 June to 15 July one of the most important international sports events, the Football World Cup, in which the Argentine football team will be one of the eight top seeds of the Cup. As for Argentina, it will preside over the G20 and host the G20 Leaders Summit in November in Buenos Aires, which the President of the Russian Federation is expected to attend. Buenos Aires will also host the Youth Olympic Games on 6-18 October. The Comprehensive Strategic Partnership is thus a unique and fundamental opportunity for sharing experiences, coordinating positions and pursuing broad cooperation.