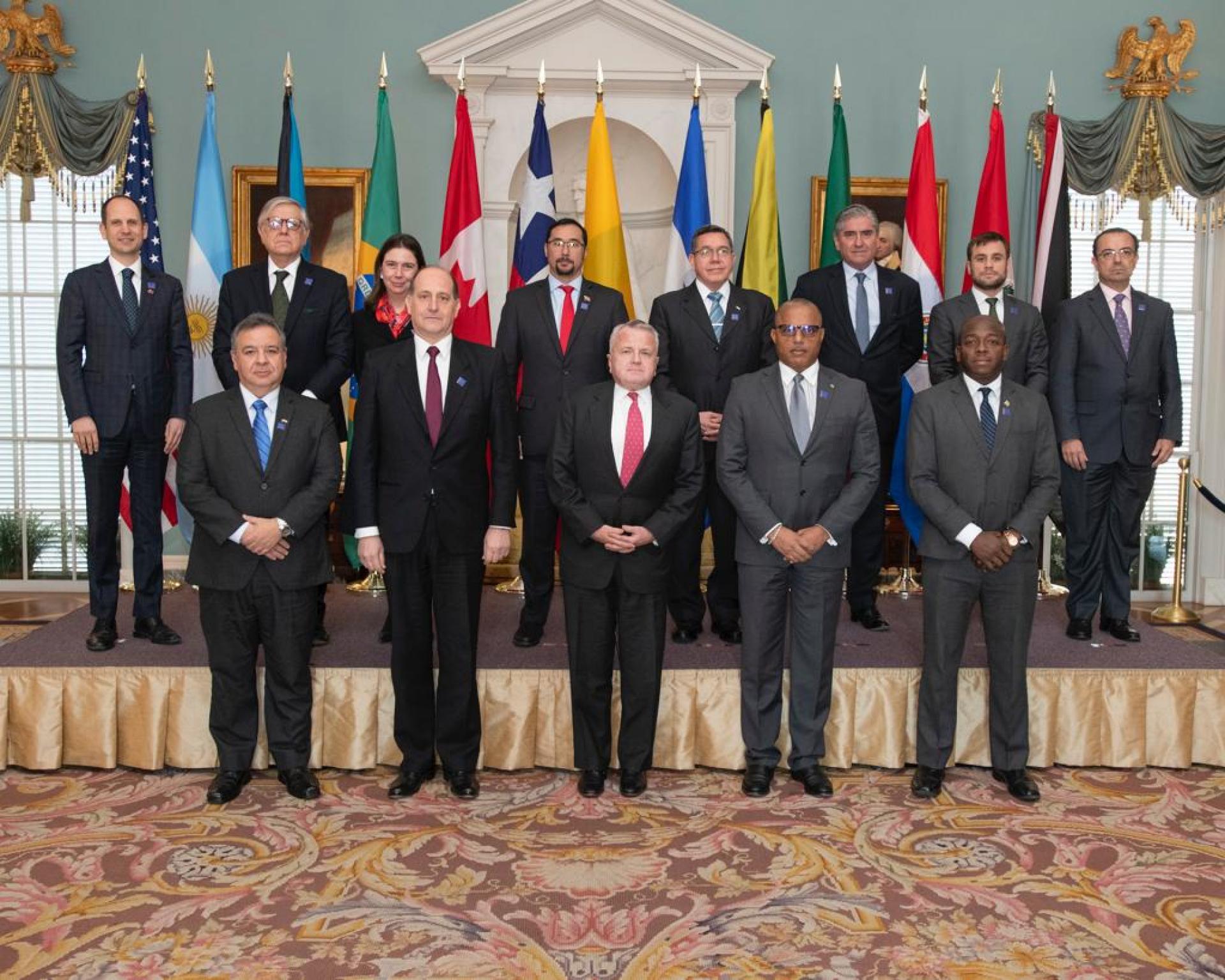 On 11 December, Deputy Foreign Minister Daniel Raimondi took part in the Western Hemisphere Counterterrorism Ministerial in Washington, DC. The Argentine Delegation was comprised of Mariano Federici, President of the Financial Information Unit of the Ministry of Economy and Finance and Gerardo Milman, Head of the Private Office of the Ministry of Security.

The event ended with the support of all attendees for the election of the Argentine Republic as host of a new meeting in July 2019. Buenos Aires being the host of this important event not only ratifies our efforts to shape a future free of the scourge of terrorism, but will also commemorate the 25th anniversary of the tragic AMIA bombing, expressing the determination of the Argentine Government and people to present this internationally as a core issue of Argentine foreign policy.