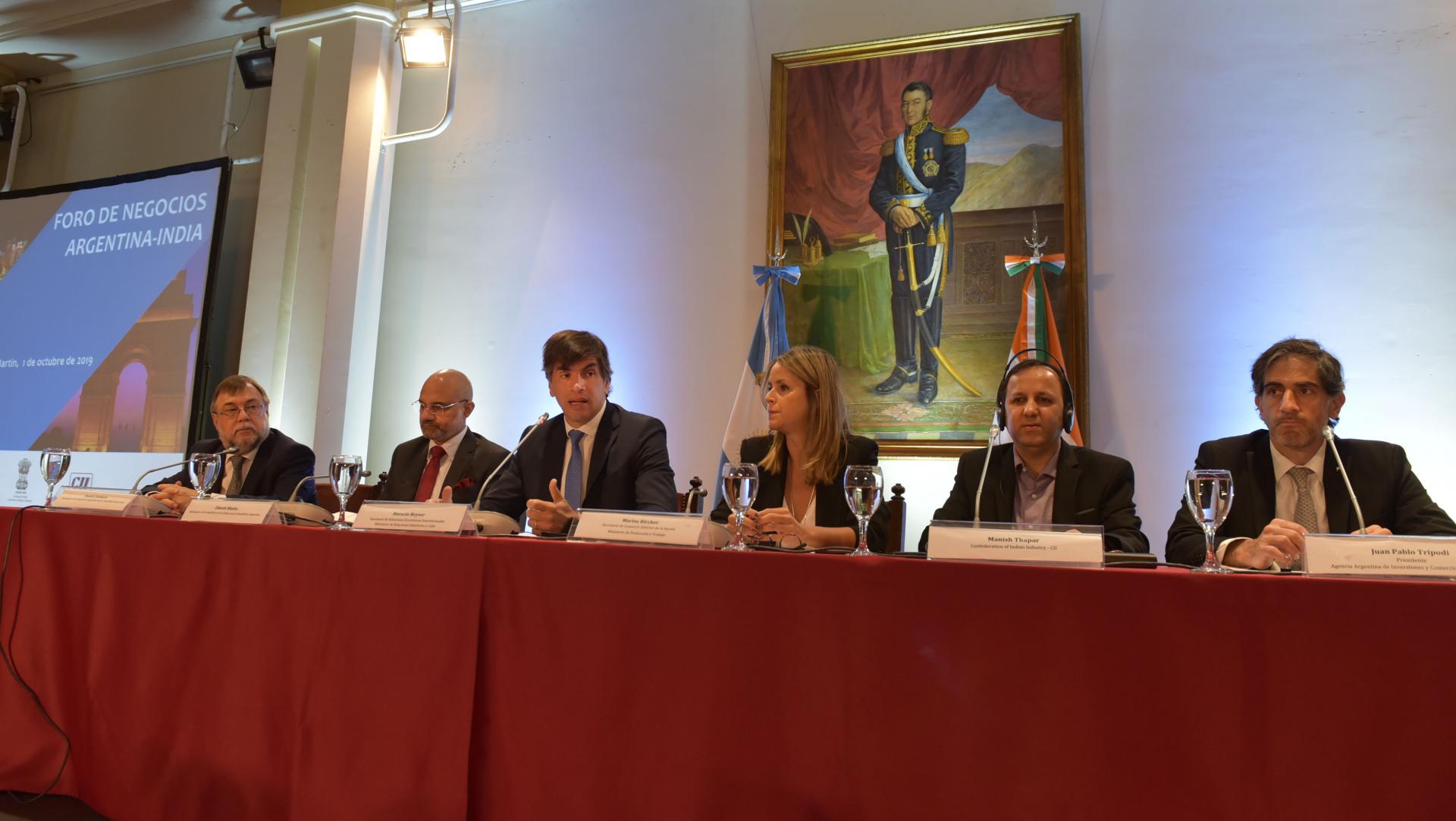 Business Forum with India to foster trade and investments

The "Argentina-India Business Forum" was held today. The forum follows up on the work agenda agreed on with India during President Mauricio Macri' State Visit last February. The event, which was held at the Palacio San Martín, was headed by the Secretary for International Economic Relations of the Foreign Ministry, Horacio Reyser, and was attended by the Secretary of Foreign Trade, Marisa Bircher; the President of the Argentine Investment and Trade Promotion Agency, Juan Pablo Trípodi; the Indian Ambassador to Argentina, Dinesh Bhatia; and the Argentine Ambassador to India, Daniel Chuburu.

The event was also attended by a large delegation of companies of the Confederation of Indian Industry (CII), made up of 25 companies from the corporate services, health technology, motorcycles, pharmaceutical and finance sectors, among others. More than 400 working meetings with 250 Argentine companies were held during the event with a view to discussing joint business initiatives.

At the opening session, the attending authorities discussed the current state of the economic bilateral relationship and its challenges. In this regard, Reyser stated that: "Along with the private sector, we keep pursuing the goals we set during the State Visit by President Mauricio Macri to India. In 2018, our exports amounted to USD 1.6 billion, a figure which is still far from reaching its full potential."

In turn, Secretary Bircher stated that: "In 2019, our exports increased by 22%, and over the last year more than 280 companies sent their products to India. It is a large market for the agro-industrial, tourism and knowledge-based services sectors. Our goal is to continue promoting a work agenda which fosters our commercial relationship and generates new business opportunities.

The programme included panels related to "agro-business and food processing", "startups, entrepreneurship, and knowledge-based services", "manufacturing, engineering and construction", "health and pharmaceutical industries" and "conventional and renewable energy". Each of these working spaces was attended by Indian and Argentine high executives and authorities."