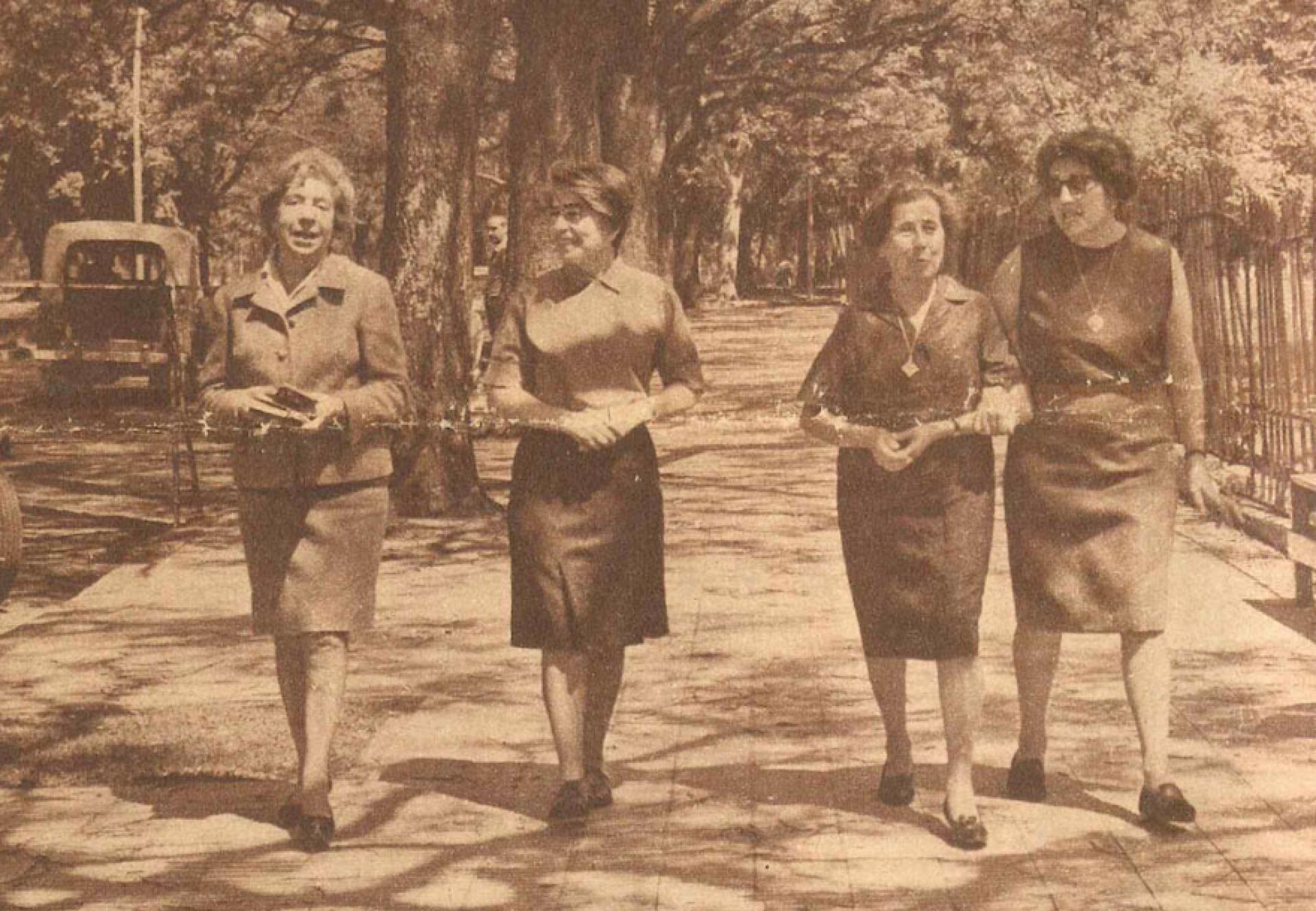 Tribute to the first argentine female scientists in Antarctica

This year marks the 50th anniversary of the first campaign during which Argentine female scientists conducted fieldwork in Antarctica. On this occasion, the Foreign Ministry hereby announces that, at the request of the Argentine Antarctic Institute and the National Directorate for Antarctica, the Naval Hydrographic Service has approved four new Antarctic toponyms that will be submitted to the Scientific Committee on Antarctic Research (SCAR), namely: Pujals Cove, Cape Caría, Cape Fontes, and Bernasconi Cove.

On International Women's Day, the National Directorate for Antarctica, the Argentine Antarctic Institute and the Naval Hydrographic Service pay tribute to these women by incorporating their names into Argentina's Antarctic cartography, extending their homage to those who continue to break down barriers in the several areas of Antarctic activity. It should be noted that science is one of the areas in which gender equality is firmly advancing.

The four places are located in the Southeast area of Jason Peninsula, extending from the Antarctic Peninsula into the Weddell Sea. In Pujals Cove, the Argentine Antarctic Institute, through the work of biologist Marcela Libertelli, conducts research on an Emperor Penguin colony.

Today, "the four women of Melchior" (an Argentine temporary station) continue to be recognized by female scientists at the Argentine Antarctic Institute and by women working on technical, logistic and support tasks at the National Directorate for Antarctica and the Armed Forces.

PIONEERS THAT MADE HISTORY

On 7 November 1968, ship ARA Bahía Aguirre left Buenos Aires towards Antarctica. For that campaign, the ship carried four pioneering women that would become the first Argentine female scientists to conduct fieldwork in Antarctica. They were biologists at the Argentine Museum of Natural Sciences "Bernardino Rivadavia" (MACN in Spanish).

The group was comprised of Irene Bernasconi, the most distinguished specialist in echinoderms (starfish) in Argentina; María Adela Caría, a bacteriologist, the Head of Microbiology at MACN and a member of the Researcher course of studies at CONICET; Elena Martínez Fontes, the Head of Marine Invertebrates at MACN, and Carmen Pujals, a renowned specialist in phycology (the study of algae) with ample experience in the field.

After crossing the Drake Passage on a cargo ship, they arrived at Melchior Station, on Observatorio Island. The Station had been closed for five years, so the work of these four women plus twelve men included restoring the station, which had parts covered in ice. But danger and difficulties were not new for these scientists, who had already faced adversity in the Patagonic coast. Aware of the hard working conditions lying ahead, they accepted the Antarctic challenge.

Before leaving Buenos Aires, as they prepared for the campaign, they were interviewed. When referring to their work in Antarctica, they stated: "We have waited for this all our lives."

Their passion was reflected on the major work they conducted: they travelled one thousand coastal kilometres by boat, and managed to disembark several times to collect samples themselves. The scuba divers travelling with them dived 47 times and collected samples in depths of up to 73 metres, which set records for that time.

For two and a half months, the scientists worked non-stop in order to make the most of their stay, placing a great number of trotlines and nets in depths of up to 180 metres. They conducted deep-sea exploration at 150 metres deep to collect benthos, they took over a hundred water and mud samples, as well as samples of diverse species of marine flora and fauna, and they conducted bacterial counts and grew microbial cultures.

Among the samples collected, there were over two thousand specimens of echinoderms, which enabled the discovery of a new family of echinoderms in the region. A major breakthrough was the identification of the algae Cystosphaera jacquinotii in their place of origin, which other biologists had unsuccessfully tried to locate for years. The valuable collection of Antarctic marine algae obtained through their work is currently part of the exhibition at the Herbarium of the MACN, where they worked, and still contributes to the education of new scientists.

However, the Antarctic campaign was not the end of their challenges, since the four women continued to break the glass ceiling: In 1971, Pujals became the first Argentine female scientist to conduct fieldwork on Malvinas Islands.

1) Before departing, the scientists go for a walk around Buenos Aires.

2) Three of the scientists with Norberto Bellisio at Melchior Station.

4) The scientists at Melchior Station getting ready for work.