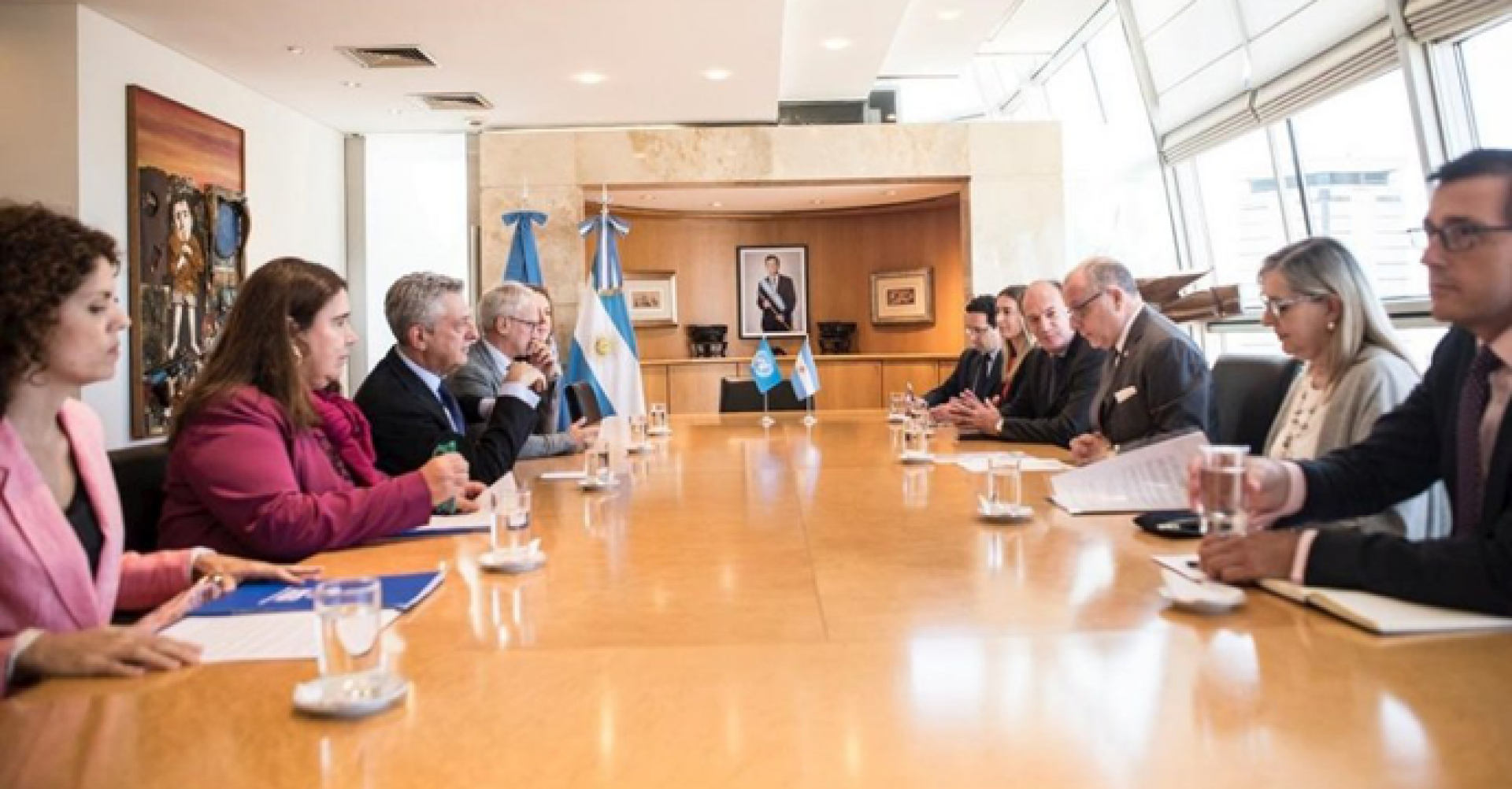 The agenda of the visit included meetings with the Chief of Cabinet of Ministers, Marcos Peña, and Foreign Minister Jorge Faurie, in order to discuss issues of mutual interest.

The High Commissioner praised the high human rights standards set by the Argentine Republic for the protection of and search for long-lasting solutions for refugees and asylum-seekers and its commitment to the principle of shared responsibility. Foreign Minister Faurie reaffirmed Argentina's commitment to the protection of refugees and refugee status applicants, and to the full respect for the principle of non-refoulement in accordance with the 1951 Convention Relating to the Status of Refugees and the General Law on Recognition and Protection of Refugees in force.

Foreign Minister Faurie and the High Commissioner agreed on the fact that the displacement of refugees and migrants from Venezuela is an unprecedented situation for the region, especially for countries receiving a significant number of Venezuelans. They underscored that, although individual circumstances and displacement reasons are different, a significant share of refugees and migrants needs international protection.

In this regard, the High Commissioner especially highlighted the actions undertaken by the Argentine Republic to provide housing to approximately 130,000 Venezuelans since 2012, as an alternative form of protection, and to process applications for refugee status submitted by Venezuelans over the last few years.

At the meeting, the High Commissioner thanked the Argentine Republic for its commitment to the "Syria Programme", which is based on a community sponsorship model for the resettlement of refugees. Furthermore, Mr. Grandi highlighted the recent presentation of the Statelessness Bill before the Argentine House of Deputies which, if approved, would consolidate Argentina's commitment to ending statelessness in the region, in line with the Brazil Plan of Action.

Foreign Minister Faurie and High Commissioner Grandi ended the meeting by reaffirming the importance of continuing to make progress in the close joint work carried out by Argentina and the UNHCR Office to help refugees.

Argentina is a State Party to the 1951 Geneva Convention Relating to the Status of Refugees and its 1967 Additional Protocol, which are the main international instruments on international protection of refugees. Argentina has had an agency in charge of refugee status determination since 1985.

The 2006 General Law on Recognition and Protection of Refugees governs international protection of refugees in Argentina. Its enactment marked a regulatory and qualitative leap since it integrates good practices and the highest international standards on International Refugee Law into the Argentine legal framework, establishes the procedure for refugee status determination and creates the National Commission for Refugees (CONARE) and its Executive Secretariat.