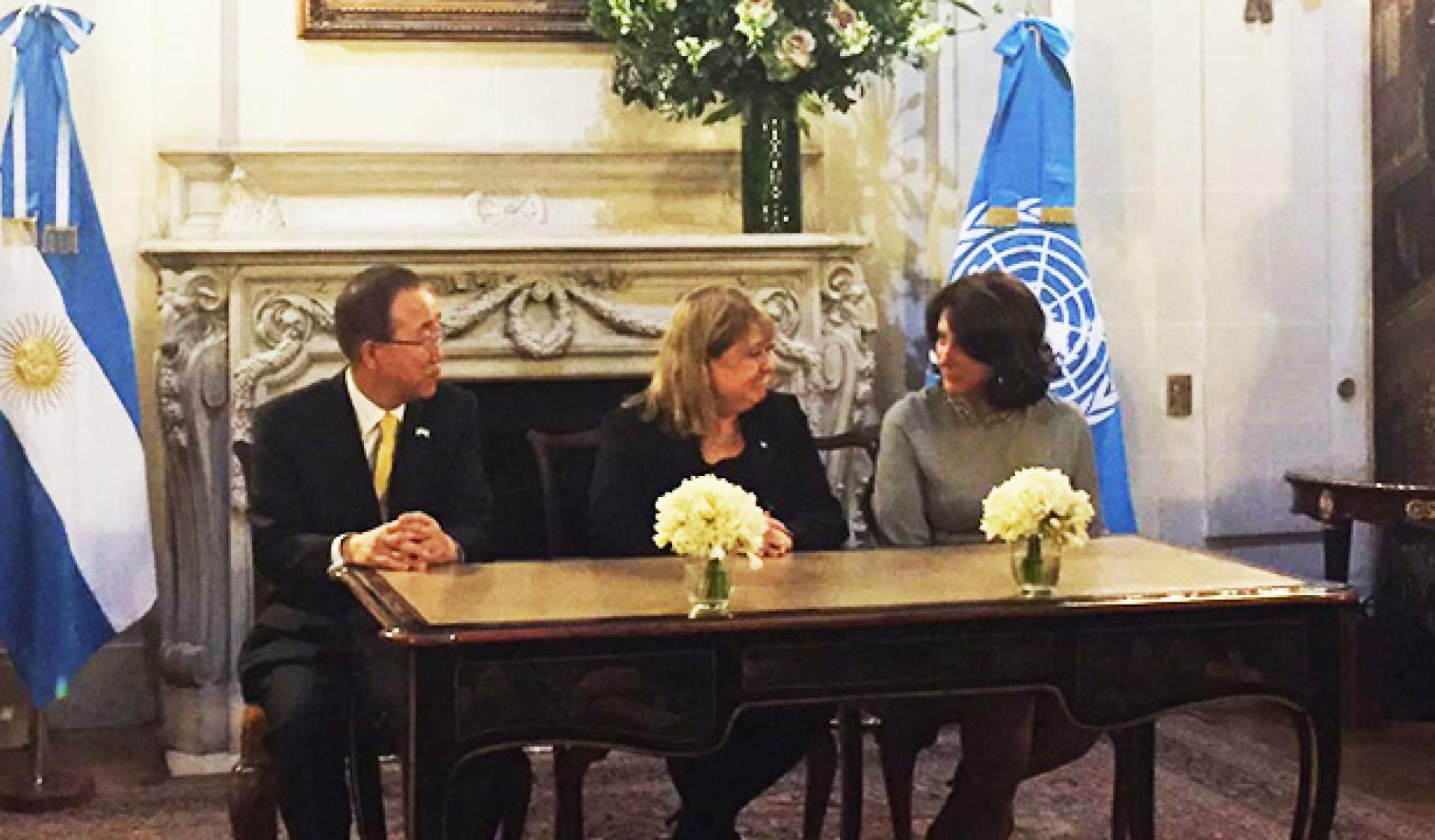 UN Women, the United Nations entity for gender equality and the empowerment of women, recognizing Argentina’s efforts in the field, signed a Letter of Intent to establish one of its offices in Argentina. This country office will have both a national and an international approach within the framework of Argentina’s foreign policy on gender equality.

Last August’s signing of the Letter of Intent between the Argentine Republic and UN Women with the aim of establishing a Country Office in Argentina is a landmark that shows Argentina’s foreign policy commitment to gender equality and the empowerment of women. Gender inequality is a global problem affecting millions of women worldwide and requires a cross-cutting and interdisciplinary approach that makes it possible to build fairer, more equitable and diverse society.

The UN Women´s Office will offer advice and expertise to various areas of government in order to optimize the implementation of gender equality legislation by developing gender mainstreaming strategies that are reflected in the national and international public policies that may have a national impact. The top priority of the action programme will be to support the implementation of the National Plan for the Prevention, Assistance and Eradication of Violence against Women 2017-2019. Another priority will be to strengthen the preparation of gender-sensitive statistics and the creation of baselines that allow for a deep and precise approach to the problems to be tackled, thus contributing to the design of public policies in the field, monitoring their impact, and making it possible to make corrections or adjustments if necessary. Moreover, UN Women will position itself as a strategic partner to mainstream the gender approach in Triangular Cooperation and South-South cooperation schemes in which Argentina participates.

In the regional and multilateral arena, Argentina stands out for its leadership in matters related to the global gender agenda through its strong presence in regional and international forums (UN, OAS, ECLAC, EU-CELAC, among the main ones). Since Foreign Minister Susana Malcorra took office, she has stressed the importance of this topic by taking actions such as joining and supporting “GQUAL”, the Campaign for Gender Parity in International Representation, as well as participating in the Global Network of Women Foreign Ministers, among others. Likewise, she has adopted a parity policy in appointments to high-ranking positions and created a gender equity Focal Point within the Foreign Ministry, where the Division for Women promotes channels of international cooperation with national organizations competent in the field.

The adoption of a gender approach by government bodies leads to joint interactive work that materializes in workshops, seminars and video conferences with other countries interested in the exchange of good practices for the eradication of violence against women and human trafficking. In addition, the Division for Women’s participation in Integration Committees and, within the Argentine Foreign Ministry, the training sessions on gender mainstreaming at the Foreign Service Institute pursue the same goal. Furthermore, training and awareness-raising activities for diplomats are constantly carried out by means of Seminars on Migrant Intrafamily Violence, which have already been given in Chile and Bolivia and will soon be conducted in Mexico, Peru and Spain. Within this framework, it is worth highlighting the assistance given to Argentine citizens and their children who are victims of gender-based violence or human trafficking abroad, which makes it easier for national competent organizations to offer their support.

Striving for social, economic, and physical autonomy, as well as ensuring full enjoyment of human rights and gender equity in access to decision-making positions should not be considered concerns exclusive to women since society as a whole loses talent and diversity if there are barriers to real equal opportunities for men and women.

Addressing the gender issue implies committing to eradicating the discrimination against women as well as gender inequality. It also means making progress towards ensuring full enjoyment by women and girls of their human rights and their autonomy in order to guarantee a fairer, more integrated and equitable society. The Argentine Foreign Ministry thus commits as part of its foreign policy the advancement of the gender agenda.