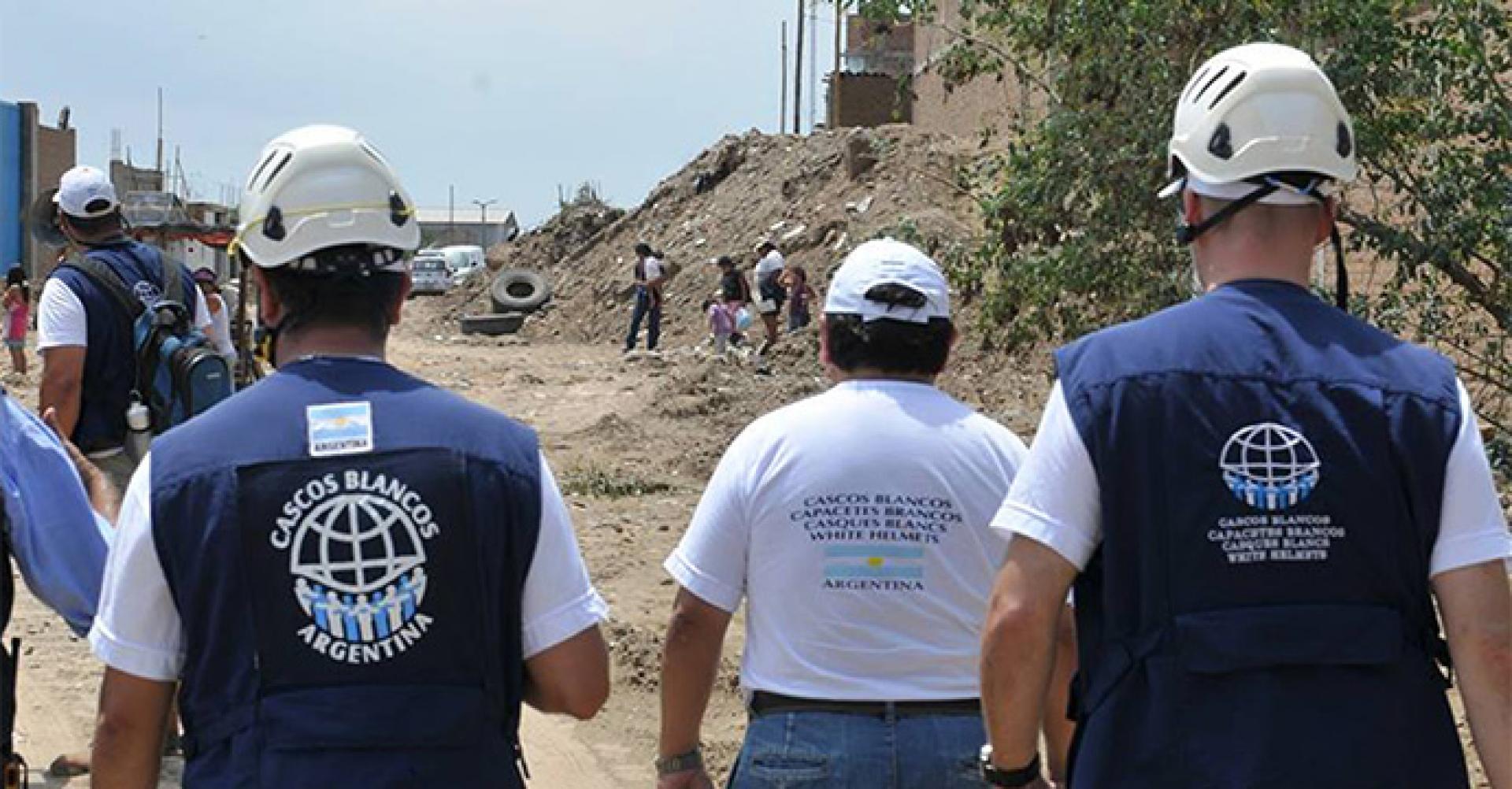 2017 was marked by intensive work towards a more dynamic humanitarian aid and disaster risk management model, in line with the policy of opening to the world, which has created new capacities and new links with civil society and the international community.

In an increasingly interdependent world, humanitarian aid is a key foreign policy instrument that enables our country to be present in emergencies and social-natural disasters. These actions reflect the Argentine people's solidarity and commitment to the international community.

Within this framework, in 2017, several humanitarian aid missions were undertaken and supplies were sent to Bolivia, Paraguay, Chile, Peru, Haiti, Mozambique, Mexico and Dominica.

The disasters that struck our region showed once again that, in spite of preparedness, we are still vulnerable to disaster risk and we need each other. In this regard, the White Helmets Commission signed an agreement with the government of Panama, with a view to strengthening exchange and cooperation in international humanitarian aid and disaster risk reduction. The agreement also provides for the White Helmets' participation as adviser and specialized expert in Panama's Regional Logistic Centre for Humanitarian Assistance, America's first "Humanitarian Hub."

With a view to enhancing humanitarian emergency response, through the World Food Programme, the network of international depots has been extended to six countries, in four continents.

Last year, Argentina continued to consolidate its leading role in the region through active participation in international fora and organizations. By way of example, the OAS declared the White Helmets Special Fund a "Humanitarian Fund", which will allow for the efficient use and optimization of the Argentine Foreign Ministry's resources, by exempting them from indirect costs and other reimbursement requirements. Furthermore, within the framework of MERCOSUR, a Declaration of support for the Commission was adopted, highlighting the Commission as one of the valuable mechanisms for comprehensive disaster risk management and humanitarian assistance management in the region.

It should be noted that the Commission does not only provide assistance abroad but also cooperates with other areas of the Government, with a view to improving the quality of life of Argentine people in need. In that vein, during 2017, several actions were undertaken in the national territory, amid the severe floods in Corrientes and Comodoro Rivadavia, as well as in Salta, Jujuy and Misiones provinces.

In addition, in order to respond to social-natural disasters, it is paramount to understand their causes and effects and improve our preparedness capacity and resilience at all levels. During 2017, the White Helmets, in its capacity as international focal point of the United Nations Office for Disaster Risk Reduction, continued with its awareness raising work as a co-coordinator of the "Making Cities Resilient" campaign.

With a view to including the community in all the processes, affording a leading role to civil society organizations and the organization of local volunteer corps, in 2017, the Commission developed the "Play and learn with the White Helmets" programme, aimed at strengthening children's capacities in disaster risk reduction. Furthermore, the agreement signed with the Argentine Football Association (AFA in Spanish) seeks to foster values through sports as a tool for integration, addiction prevention, fighting against xenophobia and strengthening relationships among young people.

The role of public-private partnerships should also be underscored. Through initiatives developed with the Argentine Business Council for Sustainable Development (CEADS in Spanish), the OSDE Foundation and the Argentine Medical Societies, among other partners, we aim at combining entrepreneurial spirit with experience, establishing partnerships with the private sector in order to boost the scope of humanitarian actions.

Thus, international humanitarian missions, actions undertaken in the national territory, 26 agreements signed with other countries and renowned humanitarian organizations, active participation in international fora and organizations, and other actions undertaken in 2017 reflect remarkable progress towards a more interconnected, effective and inclusive humanitarian aid and disaster risk management model, in line with the policy of opening to the world and to civil society.