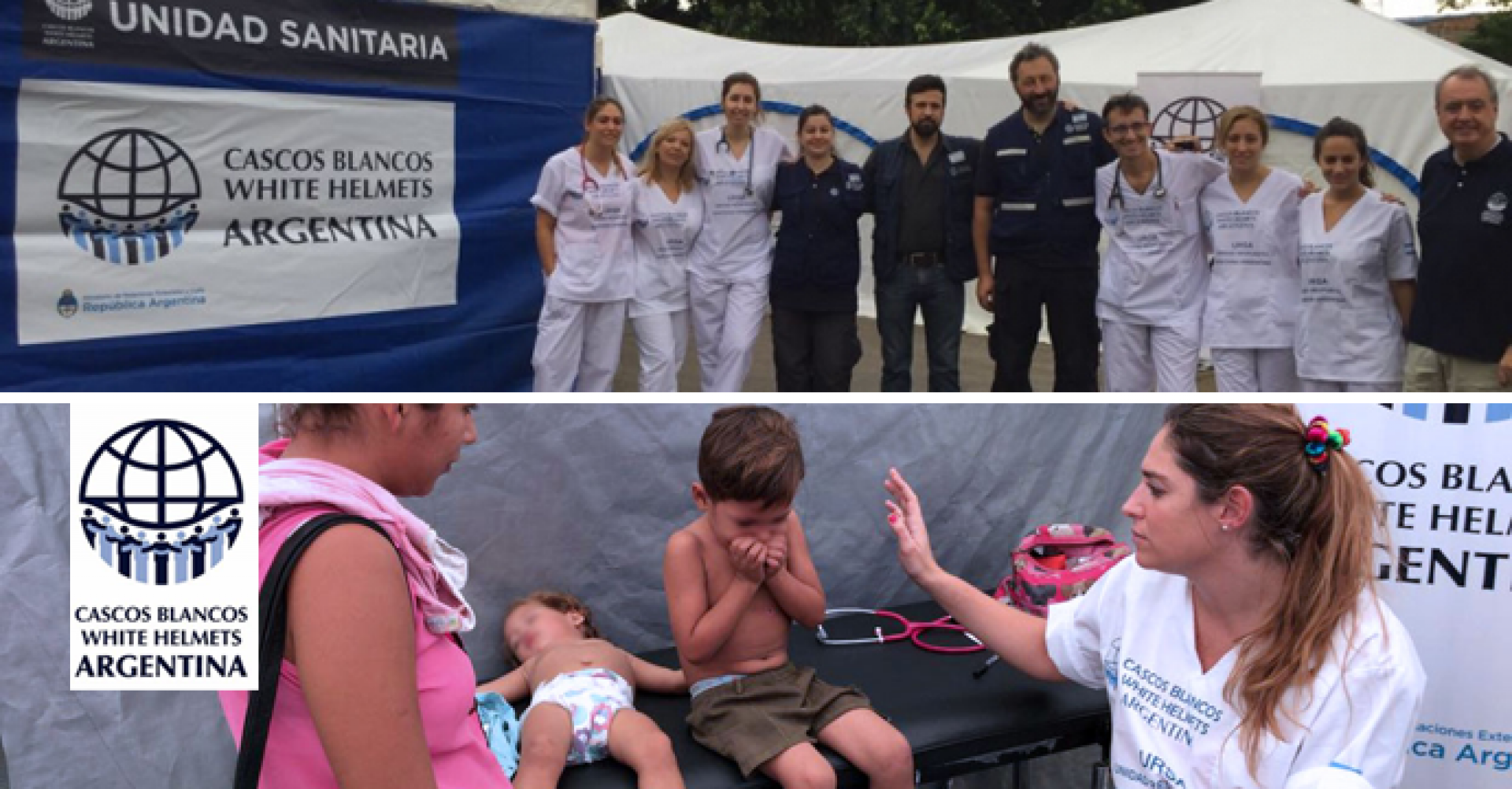 Humanitarian action by the White Helmets Commission in the Colombian city of Cúcuta is diversifying and increasing, thus ratifying the commitment of the Governments of Argentina and Colombia to the strategy of humanitarian medical assistance in the face of the migration crisis that has arisen at the Colombia-Venezuela border.

The Argentine health centre has been operational since 23 June and has been dealing with an increasing daily demand of patients since its opening. In order to meet the requirements and needs of Venezuelan migrants, the Argentine Medical Response Unit (URSA) has a 50-square-meter structure and three 16-square-meter structures, and comprises several consulting rooms, emergency and rehydration rooms, a nursery, a doctors' room and an administrative office.

On 6 July, a new team of health professionals consisting of 8 medical doctors, 1 psychologist and 2 nurses arrived at the health centre to take over from the previous team working there since late June. The arrival of the new team increases the number of URSA volunteers.

The current impact of the Argentine Humanitarian Mission in the area is evidenced by official figures of the Government of Norte de Santander (Colombia), which show that the number of pregnant women, nursing women and children treated at Mobile Health Clinics during the first six months of 2018 has exceeded the figures for all of 2017. Argentine volunteers specifically treat this group of people.

The Government of Colombia, for its part, has especially praised the work done at the border, noting that cooperation helps municipalities and governorships of border areas to improve and develop response levels which are still complex for these territorial organizations to achieve.

In addition, White Helmets recently delivered a donation of water purification tablets to the officer in charge of water and sanitation at the Departmental Institute of Health (IDS) of VIlla del Rosario, Norte de Santander. Thanks to the donation, 1.5 million litres of water will be purified in order to assist those who need it most at the Colombia-Venezuela border.

In the face of the delicate situation in the region, the Argentine Government ratifies its full solidarity and willingness to cooperate with neighbouring countries with a view to tackling new challenges. In that spirit and while seeing off the second team of medical doctors and primary healthcare specialists travelling to Cúcuta, Faurie stated: "We must continue our work to tackle the humanitarian, social, medical, health and food crisis in Venezuela, which spreads to all countries in the region."