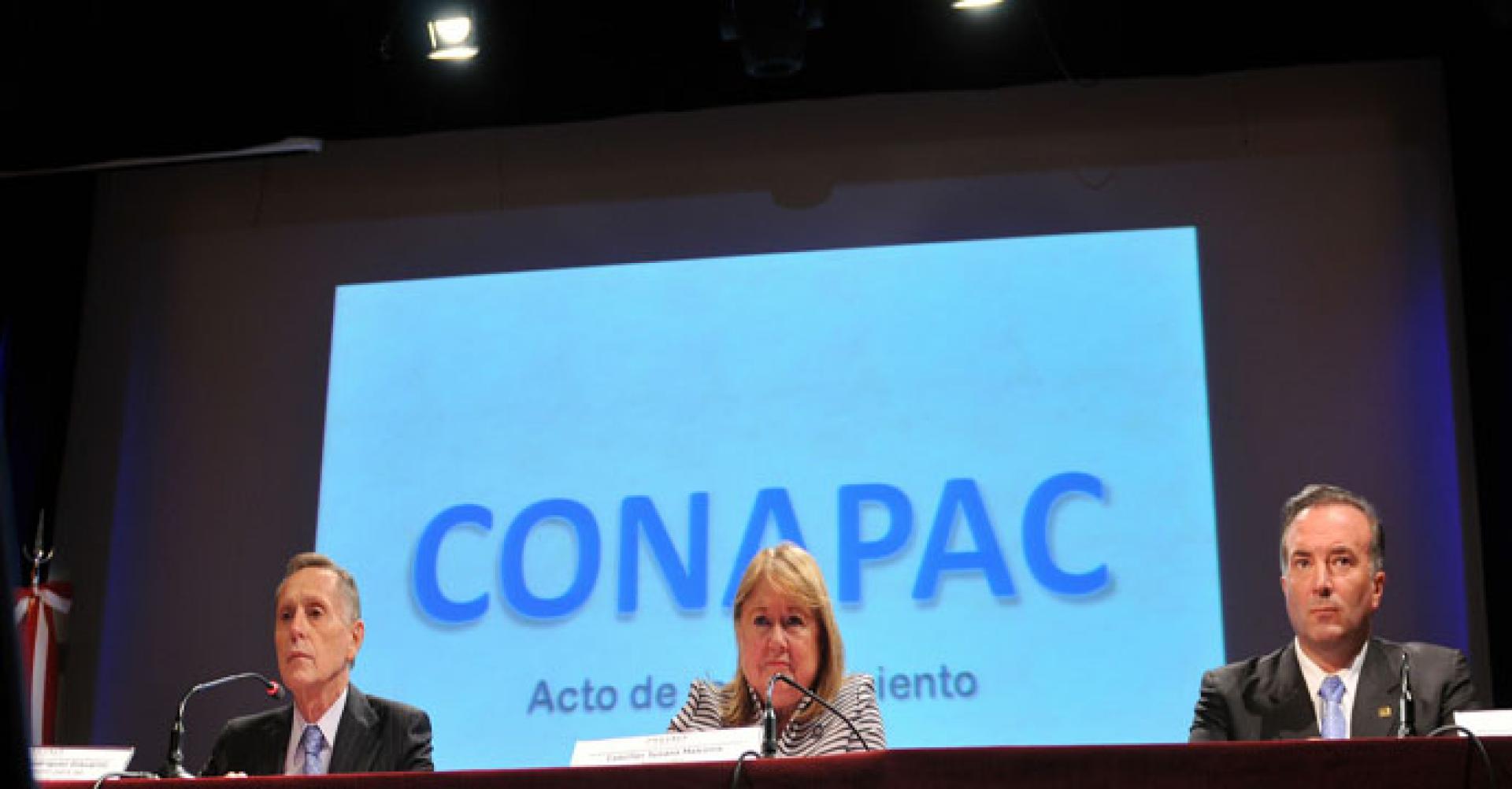 Relaunch of political, economic and trade relations with Asia and the Pacific

Argentina has been taking specific actions to strengthen its relationship with the Asia-Pacific region. These actions include the relaunch of the National Committee for Asia and the Pacific and Argentina’s participation in the Pacific Alliance, APEC and ASEAN, in addition to an agenda full of high-level political meetings.

The relaunch by Foreign Minister Susana Malcorra on November 2nd of the National Committee for Asia and the Pacific (CONAPAC) reflects the strategic importance to Argentina of its relationship with that region. CONAPAC is a space for reflection that has been presided over by the Foreign Ministry since its creation in 1992. It comprises Argentine government, academic and business representatives dealing with issues related to Asia and the Pacific. The goal of the Committee is to achieve, through dialogue among its members, concrete foreign policy recommendations to strengthen bonds with the region.

In addition to relaunching CONAPAC, other actions are part of Argentina’s strategy to build links. One of them was President Mauricio Macri’s participation as observer in the recent Pacific Alliance Summit that took place between June 28th and July 1st in Puerto Varas, Chile. In the same vein, Argentina will participate as observer in the Asia-Pacific Economic Cooperation Forum Summit (APEC) to be held in November in Lima, Peru. As regards meetings with heads of state of the region, so far this year President Macri has met with his counterparts of China, Japan, Australia, New Zealand, India and Indonesia and he will soon receive in Buenos Aires the Prime Minister of Japan.

For her part, the Argentine Vice President Gabriela Michetti made an official visit to South Korea and Japan in May, accompanied by four vice ministers in charge of economic matters (Industry, Trade, Mining and Finance), and she plans to make a new tour of the Pacific in early 2017. Likewise, this year, the Argentine Foreign Ministry organized missions to China, Japan, Australia, New Zealand and Vietnam, among others.

Simultaneously, in 2016, Argentina began the process for Accession to the Treaty of Amity and Cooperation of the Association of Southeast Asian Nations (ASEAN), which is made up of ten developing countries (Malaysia, Indonesia, Brunei, Vietnam, Cambodia, Laos, Myanmar, Singapore, Thailand and the Philippines). With a population of over 600 million and as the fourth largest exporting bloc in the world, this organization has proven to be a success story of regional integration and coordination.

Asia-Pacific is the region with the highest economic dynamism and demographic weight in the world: it is the main engine of global economic growth and it is home to 60% of the world’s population. In terms of trade, the countries in the region are highly integrated with each other and with the rest of the world through bilateral and multilateral trade agreements, many of which were signed with Latin American countries.

In sum, the Asia-Pacific region continues to evolve in a very dynamic way, presenting opportunities and challenges for Argentina which require the adoption of appropriate foreign policy actions to strengthen existing bonds.