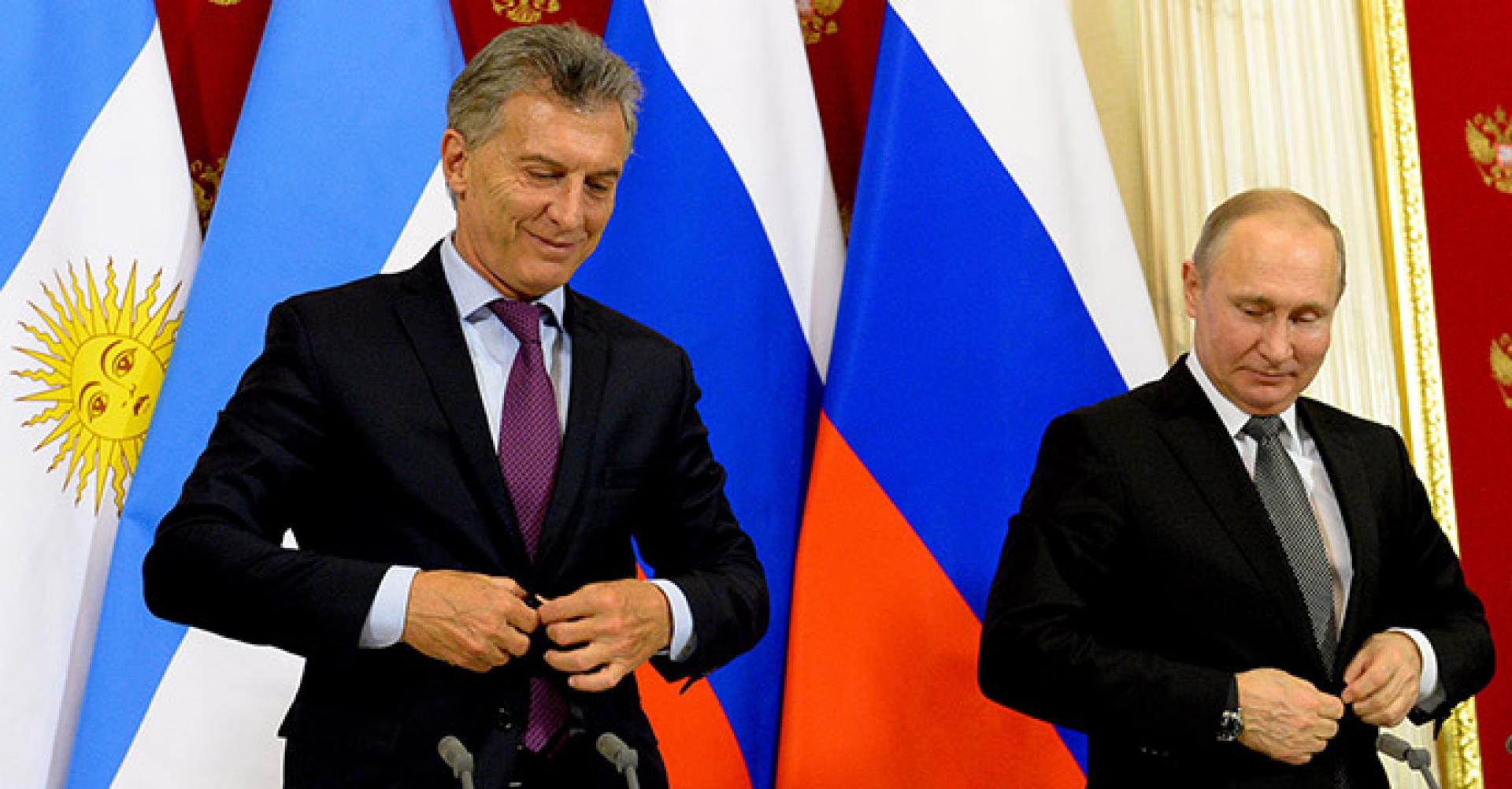 Official visit of the Argentine President to the Russian Federation

Within the framework of Argentina's smart insertion into the world and of the Comprehensive Strategic Partnership with the Russian Federation, on 22-23 January President Mauricio Macri paid his first official visit to Russia, at the invitation of President Vladimir Putin.

The visit included a busy schedule, starting with a working breakfast with CEOs of leading Russian companies, with a view to boosting bilateral trade and Russian investment in Argentina in industries of mutual interest, especially in infrastructure -ports and railways-, energy, and technological and agro-industrial development.

President Macri then inaugurated the "Argentine Republic" Square, located in the centre of Moscow. Furthermore, the President went to Alexander Gardens, where he placed a floral offering on the Tomb of the Unknown Soldier, as a tribute to the soldiers killed during World War II.

In the afternoon, the Argentine President was received by his Russian counterpart at the Kremlin. The two leaders held a meeting and then a working lunch with their delegations.  In this context, the Argentine Head of State expressed his gratitude, on behalf of the Argentine people and government, for Russia's generous help in the search for the "ARA San Juan" submarine, as well as for its continued support in the resumption of bilateral negotiations between Argentina and the United Kingdom over the Malvinas Question.

This presidential visit served as an opportunity to step up and boost several aspects of the bilateral relationship, including, inter alia, political dialogue, the consolidation of economic, trade and investment ties, and cooperation in the fields of energy, space, peaceful uses of nuclear energy, culture, sports, and education. In addition, the Presidents addressed the international and regional situations, and agreed on the key role of the United Nations in the current world and on their interest in cooperating at the multilateral level, especially at the WTO and the G20.

This presidential visit took place after months of fostering close ties on all issues, during which high-level visits between the two countries were held. Following this visit, several activities are expected to take place during 2018, starting next February in Moscow with the 13th Meeting of the Argentina-Russia Intergovernmental Commission for Economic-Trade and Scientific-Technological Cooperation. After that, other high-level meetings are expected to take place throughout the year.