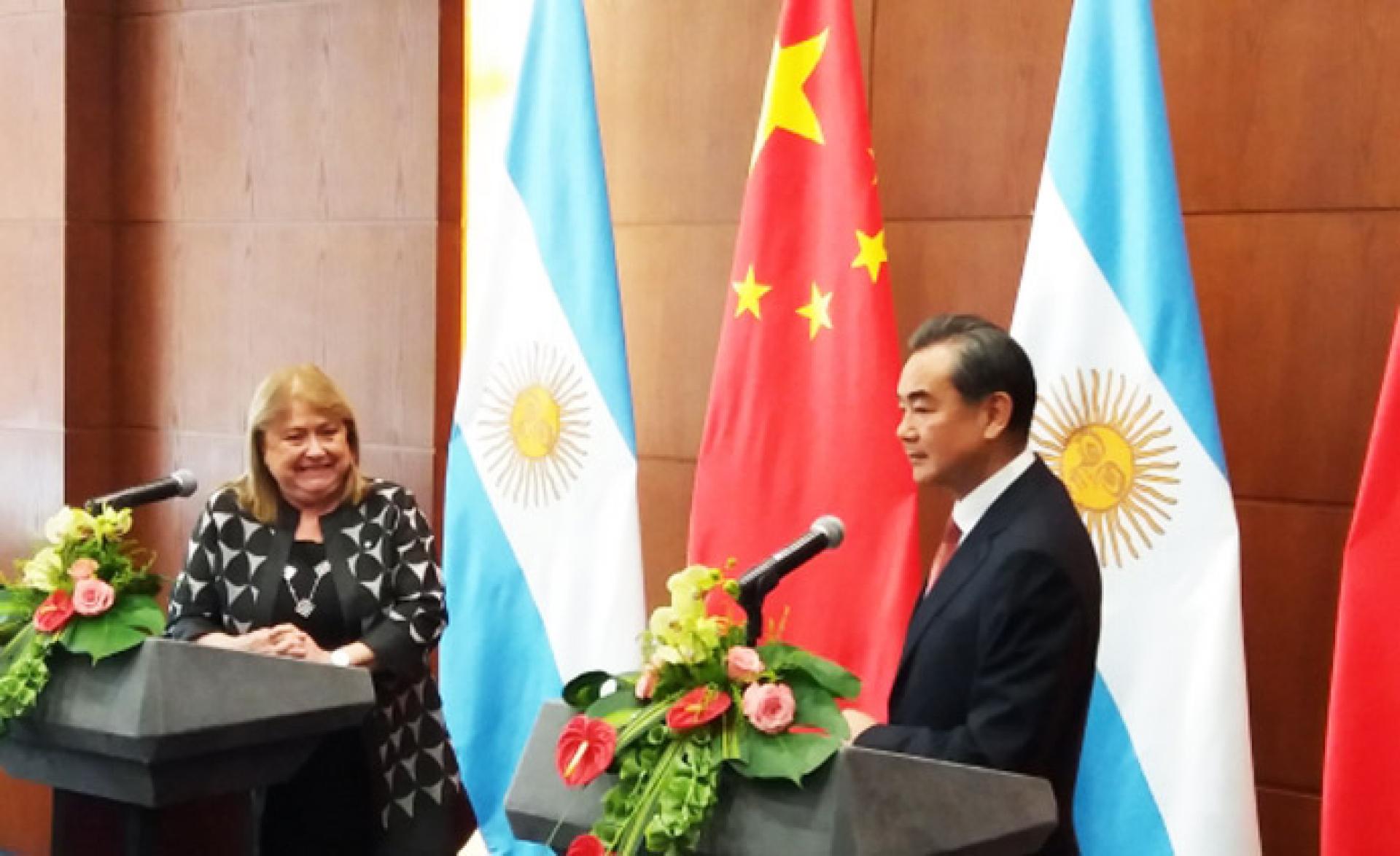 Argentina is deepening and strengthening its relations with China. The bilateral agenda has been reactivated and the visit of Minister Malcorra in May represented a landmark to reach agreements that promote an increase in investment flows and further balanced commercial exchanges, increasing argentine exports to the Chinese market.

The ties between Argentina and The People's Republic of China have been strengthened at the same time as China´s role in the world´s economy continues to increase. China is the second-largest destination for Argentine exports and, during the past three years, bilateral trade has averaged a total 16 billion dollars per year. Since President Macri took office, the Argentine government has decided to strengthen ties with China, updating priority issues of the bilateral agenda that are defined by the international insertion that Argentina is seeking.

The first step of this relaunching was the meeting between Presidents Mauricio Macri and Xi Jinping at the Nuclear Security Summit held in Washington this past March 31st and April 1st, in which both leaders reaffirmed the strategic nature of the relation.

An additional step was the visit of Foreign Minister Susana Malcorra to China in May in order to define concrete actions to enhance the existing partnership between the two countries. In this context, it is worth highlighting the role of Chinese investments in the road, port, mining, energy and railway infrastructure plan that is being implemented by the Argentine government, which envisages investments of about 100 billion dollars over the next four years.

At the meetings with Minister Malcorra both countries agreed on the importance of reactivating mechanisms of bilateral dialogue that enable the continued strengthening of relations on a foreseeable and transparent basis. Along these lines, the two countries agreed to hold the 20th Meeting of the Joint Economic and Trade Committee in Beijing, which took place on July 11th and 12th.

The main economic and trade challenges are related to the search for alternatives to improve the balance of trade through the expansion and diversification of Argentine exports, including products with greater added value.

In this context, the priority is to make progress in negotiations concerning the improvement in the export conditions of Argentine products. An actual result of the meeting was the announcement of the conclusion of technical negotiations for the export of table grapes to China, of special interest for certain Argentine regional economies such as those of San Juan and Mendoza provinces which are leading exporters of this product. Furthermore, Chinese authorities committed themselves to completing an inspection visit in August in order to evaluate the certification of beef and poultry export establishments.

China is a key market with over 1.3 billion consumers, which means that any new opportunity of entry translates into significant growth potential for Argentine exports.

Next on the bilateral agenda is a new meeting between both Presidents at the upcoming G20 Leaders’ Summit, to be held in Hangzhou in September. On such occasion, they will assess the progress made since last April’s meeting, define new joint work guidelines and discuss the Argentine President’s visit to China, scheduled for next year.