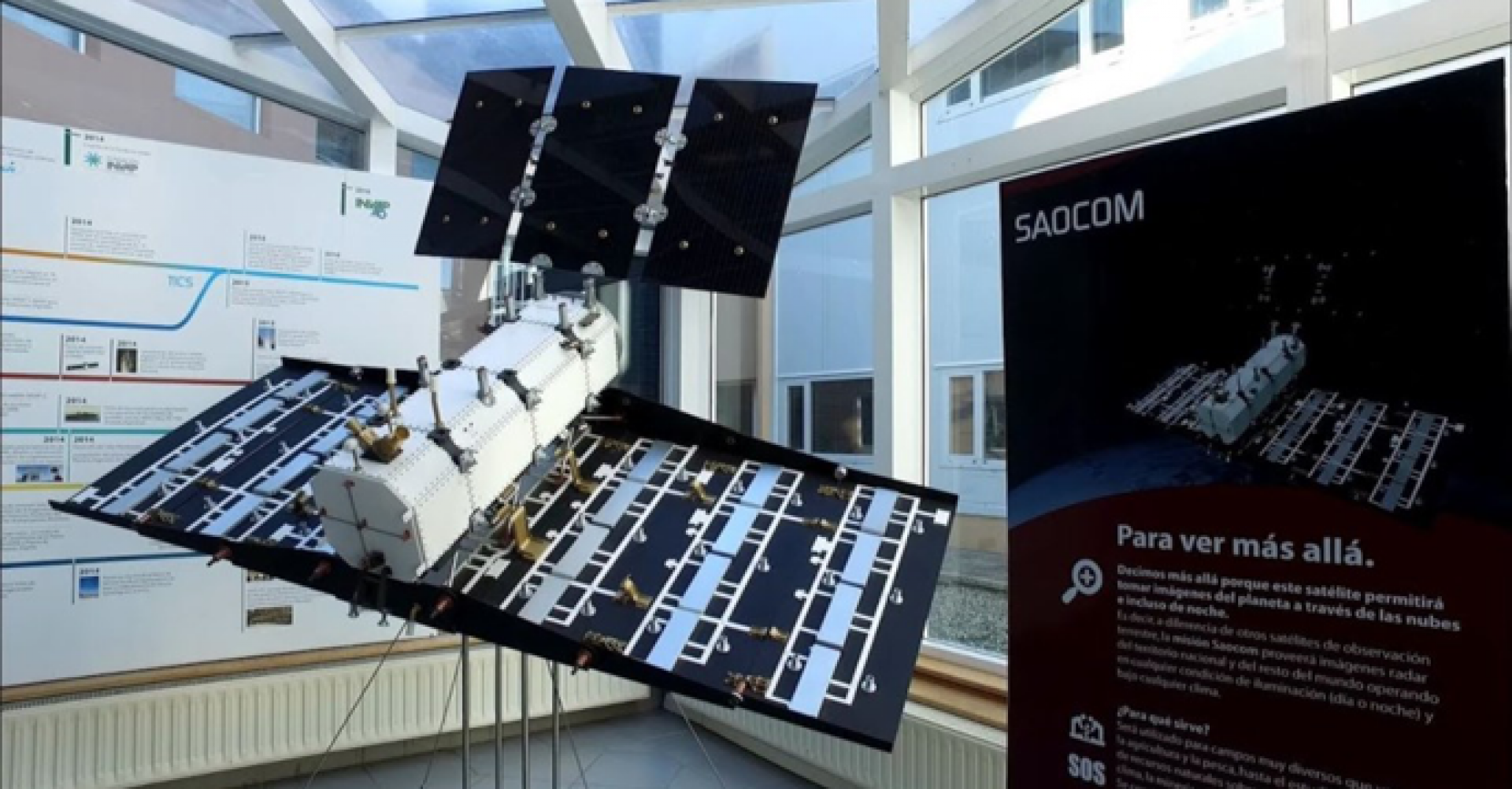 Launch of Argentina's SAOCOM 1A satellite. The Foreign Ministry and its role in promoting the space industry

On 7-8 October, Argentina's SAOCOM 1A satellite (Argentine Microwave Observation Satellite) was launched from the Vanderberg Air Force Base in California, United States, by the company SPACE X. On 9 August, the President of the Argentine Republic, Mauricio Macri, had announced the satellite's launch at an event attended by members of the Argentine Cabinet of Ministers.

The launch of earth observation satellite SAOCOM 1A (whose radar antenna weighs 3,000 kg and has a deployed diameter of 35 m2), which is now part of the Italian-Argentine System of Satellites for Emergency Management (SIASGE), marks a milestone for Argentina´s space developments, placing Argentina at the forefront of space development in the region and in a select group of countries at the global level. The launch of SAOCOM 1B satellite is planned for September 2019.

The Argentine satellite -thanks to the advanced technology of its synthetic aperture radar antenna- will provide data to prevent, monitor, mitigate and evaluate natural and man-made disasters (wildfires, floods, hurricanes, landslides, oil spills, plant pests, desertification, droughts and earthquakes). Satellite images may be used for monitoring public works, crops, forest and marine resources; measurement of soil moisture (in order to forecast crop yields, among other uses) and soil exploitation; for topography and for providing support to judicial and insurance activities, and analyzing environmental risk factors (landscape epidemiology).

The Foreign Ministry actively seeks to promote the Argentine space industry, through the participation of the Directorate for International Security and Nuclear and Space Affairs on the Board of Directors of the National Commission for Space Activities (CONAE), of which the Directorate is part (Executive Order 995/1991), and in the work carried out abroad by Argentine Embassies and Missions before International Organizations, enabling the Argentine space industry to take full advantage of the opportunities afforded by international cooperation, providing constant training to Argentine technical and scientific resources and contributing to the use of space technology for the benefit of the Argentine society.

Through the National Commission for Space Activities, the Foreign Ministry actively participates in the preparation of the National Space Plan and contributes from its foreign policy perspective by means of proposals aimed at making progress in new bilateral cooperation schemes (or by strengthening existing schemes), in addition to defining Argentina's position at different international fora on space matters, based on the underlying principles of Argentine foreign policy on space matters: i) the peaceful use of outer space; ii) equitable sharing of the benefits derived from international cooperation, with a special focus on developing countries; and iii) ensuring that foreign policy initiatives on space matters contribute to consolidate the national industry.

The launch of SAOCOM 1A adds to space developments by Argentina, including the previous launch of four earth observation satellites of the SAC series (SAC B, A, C and D/Aquarius), within the context of space cooperation with the United States (CONAE/NASA). It is also worth highlighting the launch of geostationary communication satellites ARSAT 1 and 2, designed by INVAP S.E. for the Argentine Company for Satellite Solutions (ARSAT S.A.), which has the full support of the Foreign Ministry to market its services at the global level.  ARSAT communication satellites contribute to Argentina's exploitation of a strategic resource, generating revenue through the marketing of high value-added communication services in the form of telephony, data, internet and television services.

Finally, the Foreign Ministry actively contributes to promoting and exporting space technology in international markets, through Argentine company INVAP S.E., which specializes in the design and construction of (earth observation and communications) satellites; construction of turnkey facilities related to the ground segment and provision of space industry services, standing out as the only Latin American company qualified by the United States space agency (NASA) for the development of space projects."