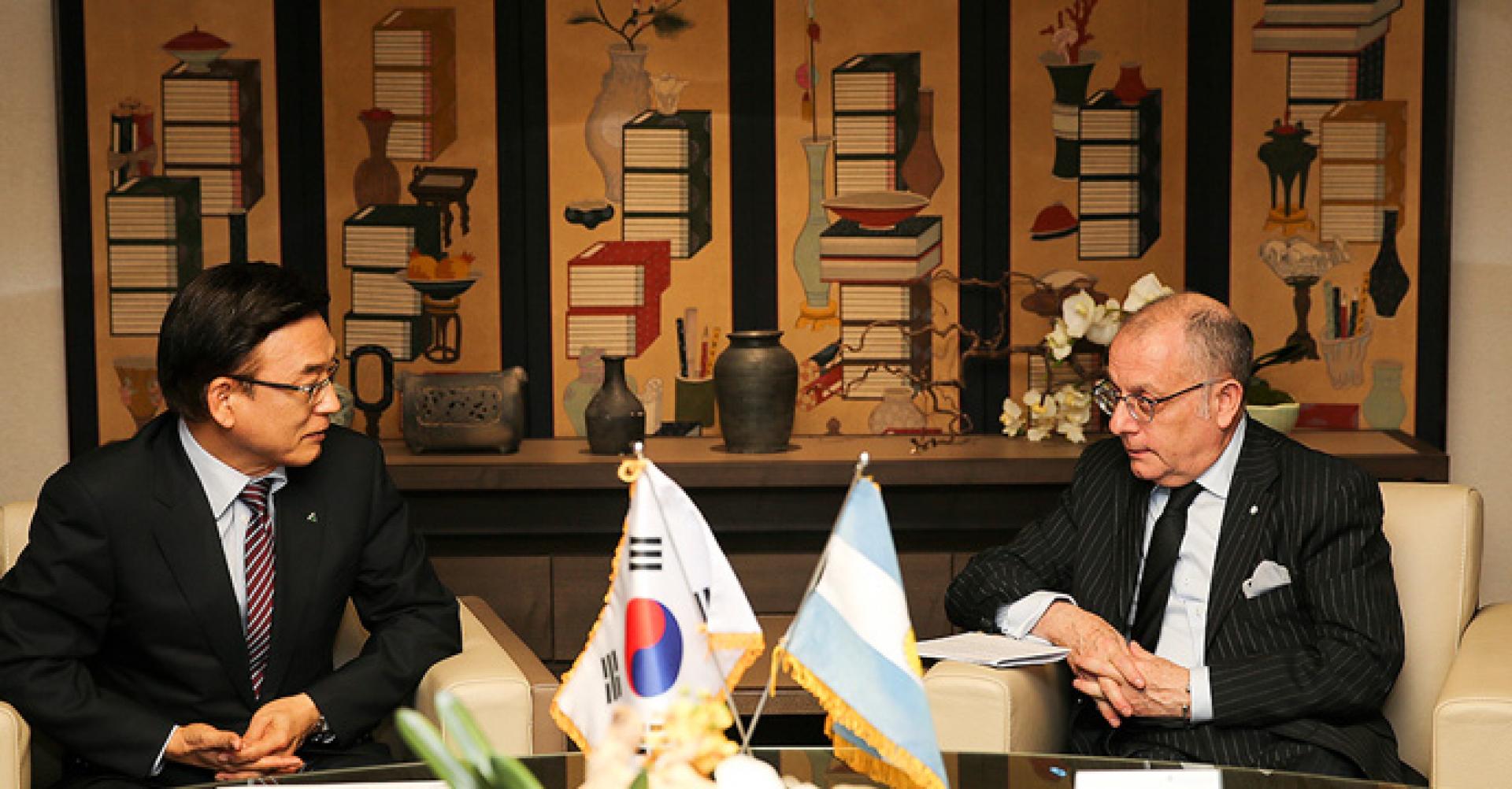 Foreign Minister Faurie's first Asian destination was the city of Busan, Korea, where he participated in FEALAC, a forum for meetings and interaction between 20 Latin American countries and 16 countries from East Asia and Oceania. FEALAC is a key forum to promote Argentine foreign relations and to foster mutual understanding and exchange with countries from a region which is geographically distant but is becoming increasingly important for our foreign policy and our future.

Furthermore, the Busan meeting served as the backdrop for a packed agenda of meetings held by the Foreign Minister with his Korean and Philippine counterparts and with senior officials from Vietnam, Thailand, Indonesia, Mongolia and Japan. They discussed the recent progress in bilateral relations, taking into account the importance placed by President Mauricio Macri on Argentina's influence in Asia and searching for ways to enhance exchanges, especially as regards trade, investment and cooperation. In this regard, clear expressions of support for the Argentine political and economic process were voiced, as well as a keen interest in strengthening relations in different areas.

After Busan, Foreign Minister Faurie travelled to Seoul in order to meet with the Korean Minister for Trade, Hyun-chong Kim. Both officials addressed the WTO Ministerial Conference to be held in Buenos Aires next December, the prospect of a MERCOSUR-Korea agreement, the Argentine G20 Presidency in 2018, the entry of Argentine products into the Korean market and the opportunities for continued investment promotion in our country.

Part of the Asian trip was also dedicated to the private sector, with which investment and trade are being promoted. On this occasion, Jorge Faurie held meetings with the President and other authorities of the Hyundai Engineering & Construction company and with the President and CEO of Posco Daewoo Corporation, in order to assess ongoing investment projects in Argentina as well as new business opportunities, made possible by the excellent bilateral relationship and the measures adopted by the Argentine government.

The trip ended in Singapore, with the inauguration of the latest Argentine representation abroad. The new Embassy is located at the imposing SUNTEC complex in Singapore's financial district.

For the last year and a half, the relationship with Singapore has been substantially strengthened as a result of high-level meetings, such as the visit to Buenos Aires of Singaporean Foreign Minister Vivian Balakrishnan a few months ago. At the inauguration of the Argentine Embassy, the Foreign Ministers of both countries signed a Memorandum of Understanding on international cooperation for development, which will allow for the development of training courses for technical experts not only from Argentina and Singapore, but also from other countries of both regions. Furthermore, important and successful meetings were held with the Singaporean Minister for Trade, as well as with senior officials from IE Singapore, an agency for investment promotion and support, and from the Economic Development Board, in charge of domestic economic development. The revitalization of the relationship with Singapore, one of the most developed and thriving Asian economies, offers significant prospects and opportunities for the insertion of Argentina and its products into Asia.