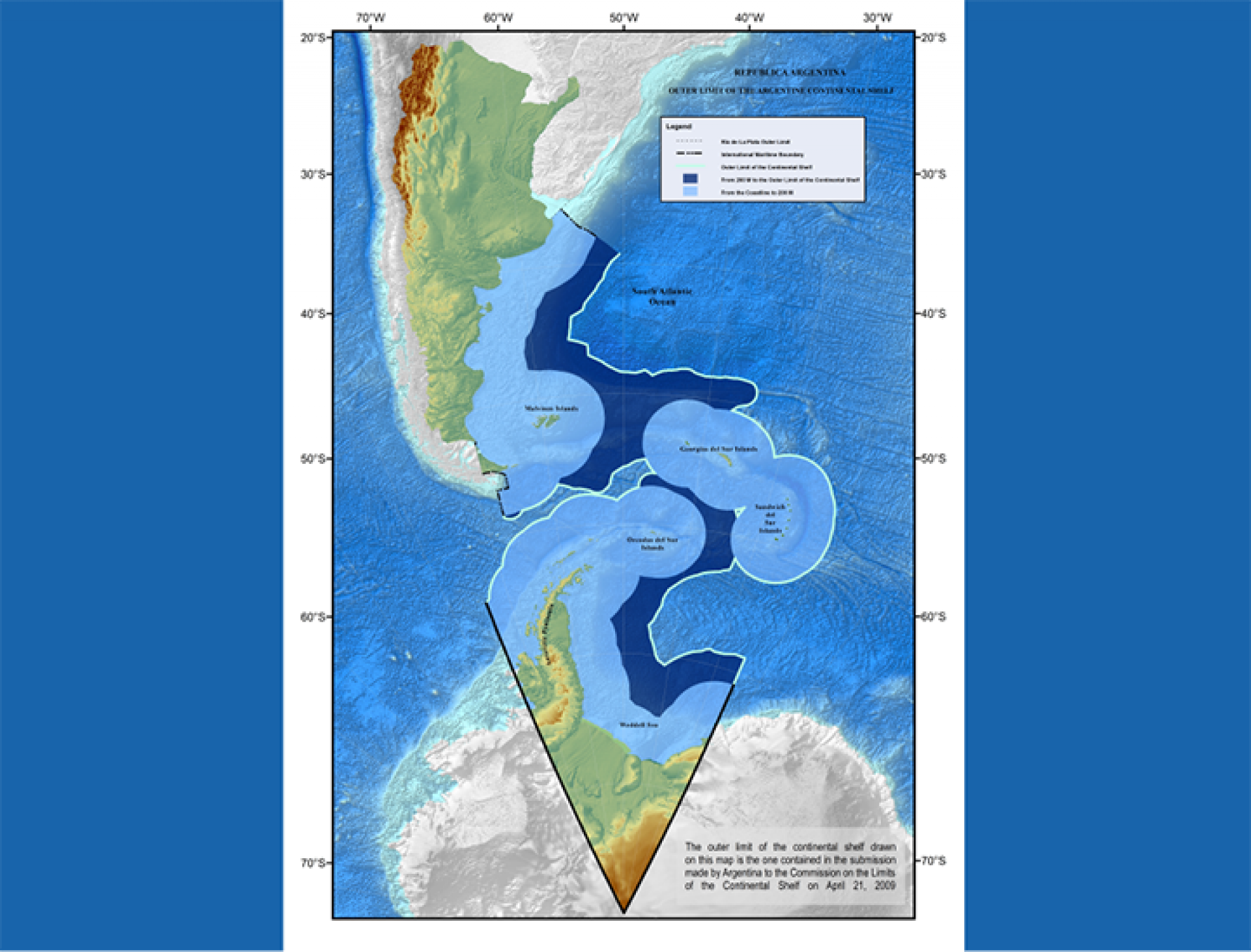 Argentina has recently achieved a remarkable success at the United Nations. On March 11, the Commission on the Limits of the Continental Shelf (CLCS)

Consensually approved Recommendations on the Argentine submission of the outer limit of its continental shelf, which comprises the seabed and subsoil of the submarine areas that extend beyond the territorial sea throughout the natural prolongation of the Argentine territory. This recognition was obtained thanks to nearly 20 years of combined scientific, technical and legal efforts by the interdisciplinary and inter-ministerial team of the National Commission on the Outer Limit of the Continental Shelf (COPLA), led by the Ministry of Foreign Affairs.

As a result, there is legal certainty for Argentina to exclusively explore and exploit a further 1,782,500 km2 of resources in the surface of the seabed and subsoil. This extensive area, equal to a third of mainland Argentina, is more than 6,000 meters deep in certain places, and contains resources that are still unknown.

Once Argentina formalizes the new outer limit of its continental shelf on the basis of the CLCS recommendations, it will be considered, with regard to the analyzed part, as final and binding for the international community.

The extent of the continental shelf has important economic implications, since Argentina has exclusive rights over the resources of its continental shelf: minerals, hydrocarbons and sedentary species. The limit provides legal certainty to grant concessions aimed at exploring and exploiting oil and gas, or other minerals, as well as to collect species such as scallops —for which the granting of these permits has already begun. The current and potential wealth of resources should secure future investments, which will be an economic boost for the country.

Areas under dispute or with a special status

With regard to the continental shelf of the Malvinas, Georgias del Sur and Sandwich del Sur Islands, the Commission has acknowledged the existence of a sovereignty dispute. For this reason, and in compliance with the Rules of Procedure of the CLCS, it has not analyzed or considered the limit in such an area, postponing its analysis until the dispute has been resolved. Likewise, the Commission has postponed the consideration of the Antarctic continental shelf, taking into account the special territorial status set forth by the Antarctic Treaty.

The recognitionof the outer limit of the Argentine continental shelf is an example of a State policy consistently implemented for two decades, opening up major economic potential and strengthening Argentina’s presence in the world.