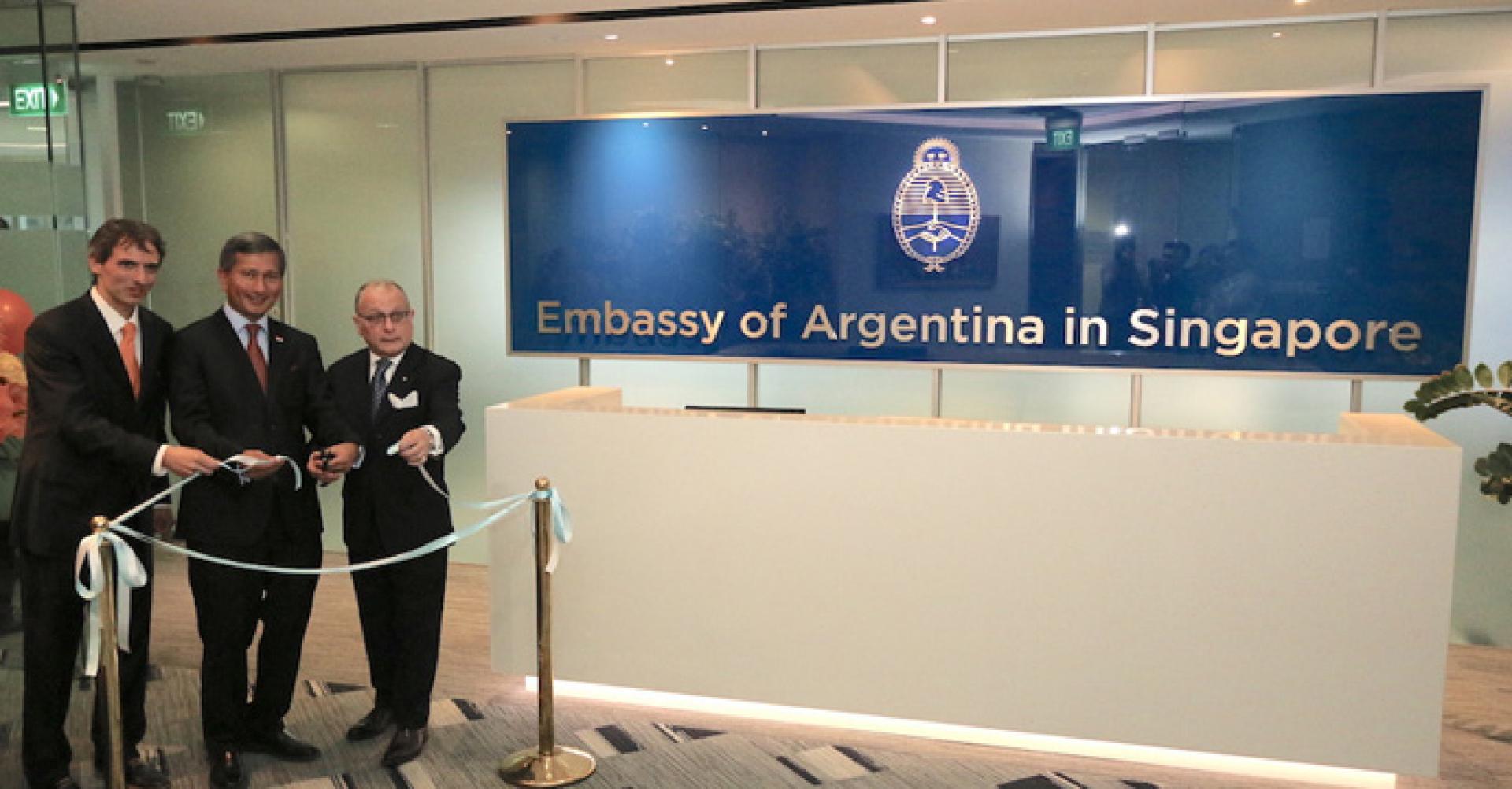 In their addresses at the opening ceremony, the Foreign Ministers of both countries welcomed the reopening of the Argentine representation, which they hailed as a clear sign of a new stage in bilateral relations.

Last 4 September, the Argentine Foreign Minister, Jorge Faurie, headed the official reopening ceremony of the Argentine Embassy in Singapore. The new Embassy is located at the imposing SUNTEC complex in Singapore's financial district. At the event, Faurie was joined by his Singaporean counterpart, Vivian Balakrishnan, and the Argentine Ambassador, Federico Barttfeld, as well as private sector representatives, members of the Argentine community and over 120 guests.

This year, both countries embarked on a new stage of bilateral relations. In addition to the meeting held between President Macri and the Singaporean Prime Minister, Lee Hsien Loong, at the last G20 Summit, there were Foreign Minister Balakrishnan's visit to Buenos Aires, which was later reciprocated by Foreign Minister Jorge Faurie's visit to Singapore, and the recent visit to Argentina by the Singaporean Vice President, Tharman Shanmugaratnam.

Singapore, a country with a population of only 5.6 million, a GDP per capita of USD 52,961 and total imports amounting to USD 283 billion (2016), is not only one of the economies most integrated into international trade but also the gateway to Southeast Asia.

As regards investment, Singapore is the world's 13th largest source of Foreign Direct Investment (FDI), which exceeded USD 682 billion in 2016. This fact, coupled with the country's trade importance and privileged geographical location, leads to Singapore representing a unique opportunity for Argentina to boost its sales to the region, attract productive capital and internationalize its businesses.

With this purpose in mind, in addition to meeting his Singaporean counterpart, Foreign Minister Faurie met with the Singaporean Minister for Trade, Lim Hng Kiang, as well as with senior officials from IE Singapore, the official agency in charge of promoting Singaporean foreign investment.

He also met with representatives from the Economic Development Board, a government agency in charge of ensuring that Singaporean economic development continues to thrive, with whom he discussed the need to step up the existing parternship efforts between both countries as regards aerospace technology.

In short, as summarized by Faurie in his address, "the new Embassy's primary goal will be to promote the trade opportunities offered by Singapore in order to increase and diversify Argentine product and service exports, not only to the Singaporean market but also to Asia as a whole. It will seek to inform local investors of the opportunities and advantages provided by the new Argentine scenario for the development of projects that benefit both sides."