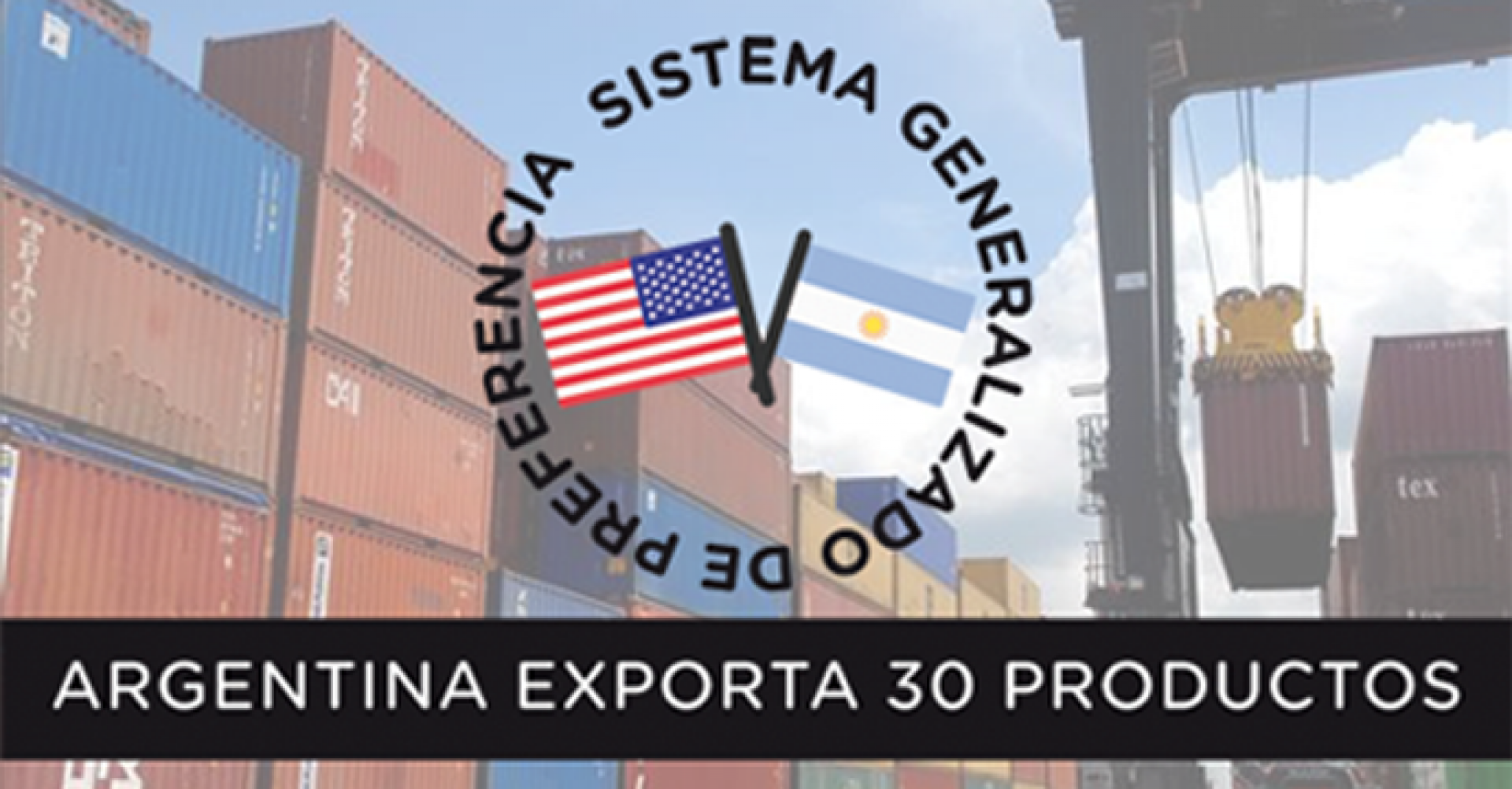 In December 2017, Argentina was reinstated as a beneficiary of the United States Generalized System of Preferences, after having been suspended since 2012. This will afford greater competitiveness to Argentina's exports to the U.S. market.

Following Argentina's reinstatement as a beneficiary of the U.S. Generalized System of Preferences (GSP), Argentine exporters have regained preferential access to the U.S. economy for certain products. This enhances our country's position in the market in comparison to other exporting countries that already benefit from preferences granted by other trading systems (the United States has tariff agreements and free trade agreements in force with Canada, Mexico, Central American and Caribbean countries, Chile, and Peru).

In addition, tariff reductions granted by the GSP pave the way for an increase in exports to the United States and strengthen the competitiveness of current Argentine exports, especially those produced by regional economies. This will enhance the trading profile of thirty Argentine products that are already being exported to the United States and account for USD 380 million, as they will access the market at zero tariff. These products include wine, olive oil, hides, peanuts, dried apples and strawberries.

In spite of these advantages, as this is a unilateral system, the United States Government has the power to suspend or limit the benefits of the program with respect to certain products or countries. There is a group of sensitive products that, due to limitations established by the applicable law, are not eligible for trade preferences granted by the U.S. Government, such as textiles, clothes, watches, electronic products, steel products, footwear, leather goods, semi-manufactured and manufactured glass products.

Legal authorization for the GSP expired on December 31, 2017 for all countries and products. Nevertheless, its reauthorization is under review at the U.S. Congress, and it may possibly be extended for a three-year period, until 2020. On 13 February, the House of Representatives voted 400-2 to approve a bill renewing the GSP. The Senate should vote on the bill before 23 March.

Since its first application in January 1976 to this day, the GSP has been renewed thirteen times (eight times after expiration).

In all cases, retroactive application was authorized as from the expiration date and duties paid by importers during the GSP lapse were refunded. This feature favours exporters, since although tariff reductions are not applied immediately, when the GSP resumes, a future discount on the duties paid will be granted.

For further information on the benefits offered by the system and its use by Argentine exporters, please refer to this Guide for Exporters: