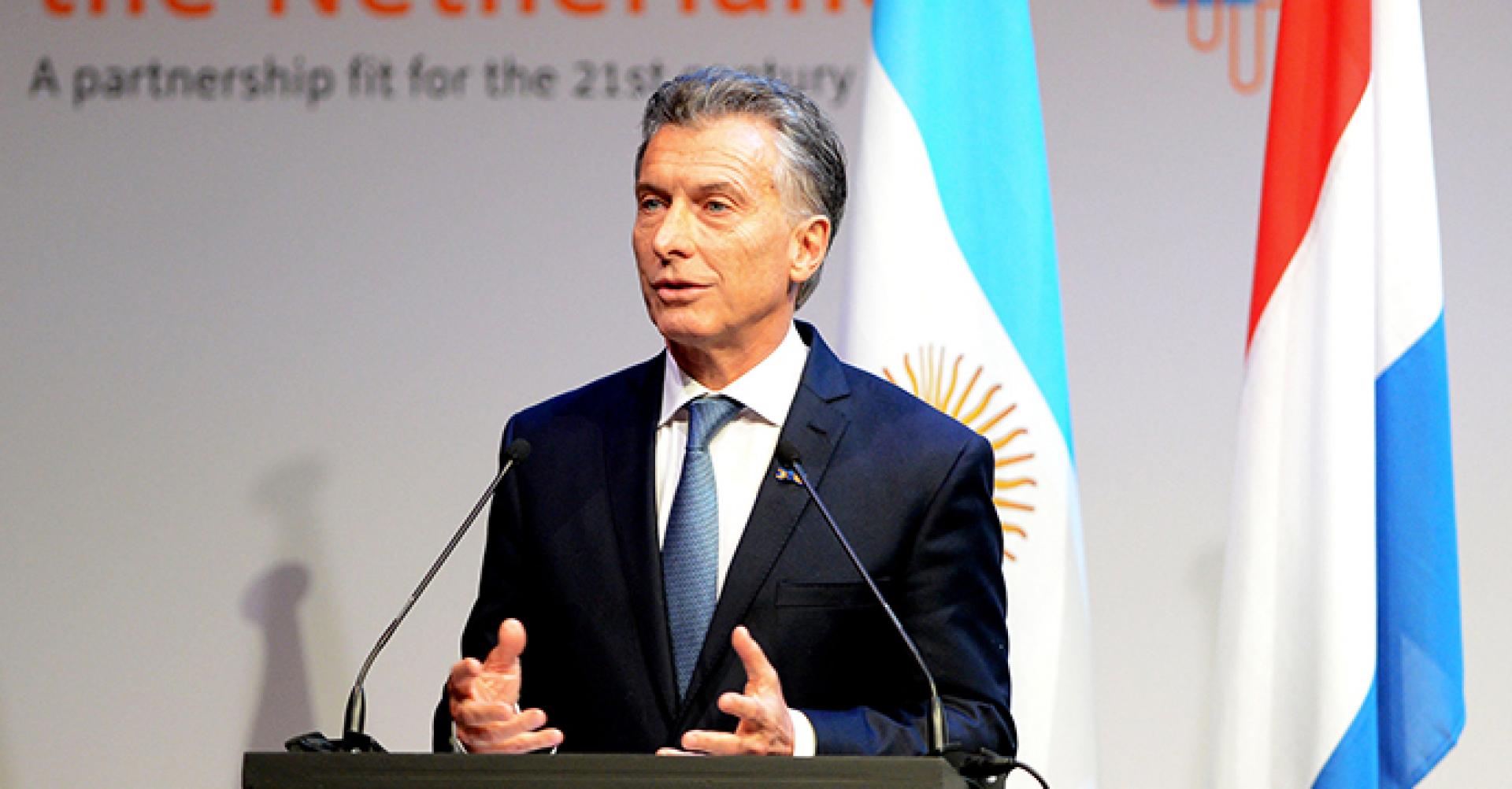 The positive results of the recent presidential visit to the Netherlands included the signing of important agreements on economic, political and cultural matters, and joint work plans that will strengthen the bilateral relationship.

On 27-28 March, the President of Argentina, Mauricio Macri, visited the Kingdom of the Netherlands accompanied by an official delegation that included Foreign Minister Susana Malcorra. Although it was the third official visit of an Argentine President to the Netherlands, it was the first one with the status of a State Visit, a distinction reserved for official meetings at the highest level.

The activities conducted during the visit, which included the cities of Amsterdam and The Hague, were organized around four central pillars. The first one was the government level and included meetings with His Majesty King William-Alexander and Her Majesty Queen Máxima of the Netherlands, as well as Prime Minister Mark Rutte and the authorities of the Dutch Parliament.

The second pillar, that of bilateral economic relations, prominently featured the organization of a Business and Investment Forum under the motto "21st Century Partners". On that occasion, the Argentine official delegation was accompanied by a substantial national multi-sectorial business mission aimed at promoting business opportunities among trade representatives of the Netherlands, which is currently the third largest investor in Argentina -accounting for 11% of total foreign direct investment- and one of the main access points to the European market.

The third pillar of the visit was the strong commitment of both countries to the promotion of Human Rights. In this context, different activities were organized, such as President Macri's visit to the "Anne Frank House" historical museum, as well as a sporting event that was attended by hockey players from both countries and by representatives of NGOs dedicated to sports as a tool for social inclusion.

The fourth and last pillar was multilateralism, which characterizes Argentina's foreign policy. In this regard, President Macri visited the headquarters of the International Criminal Court and of the Organization for the Prohibition of Chemical Weapons.