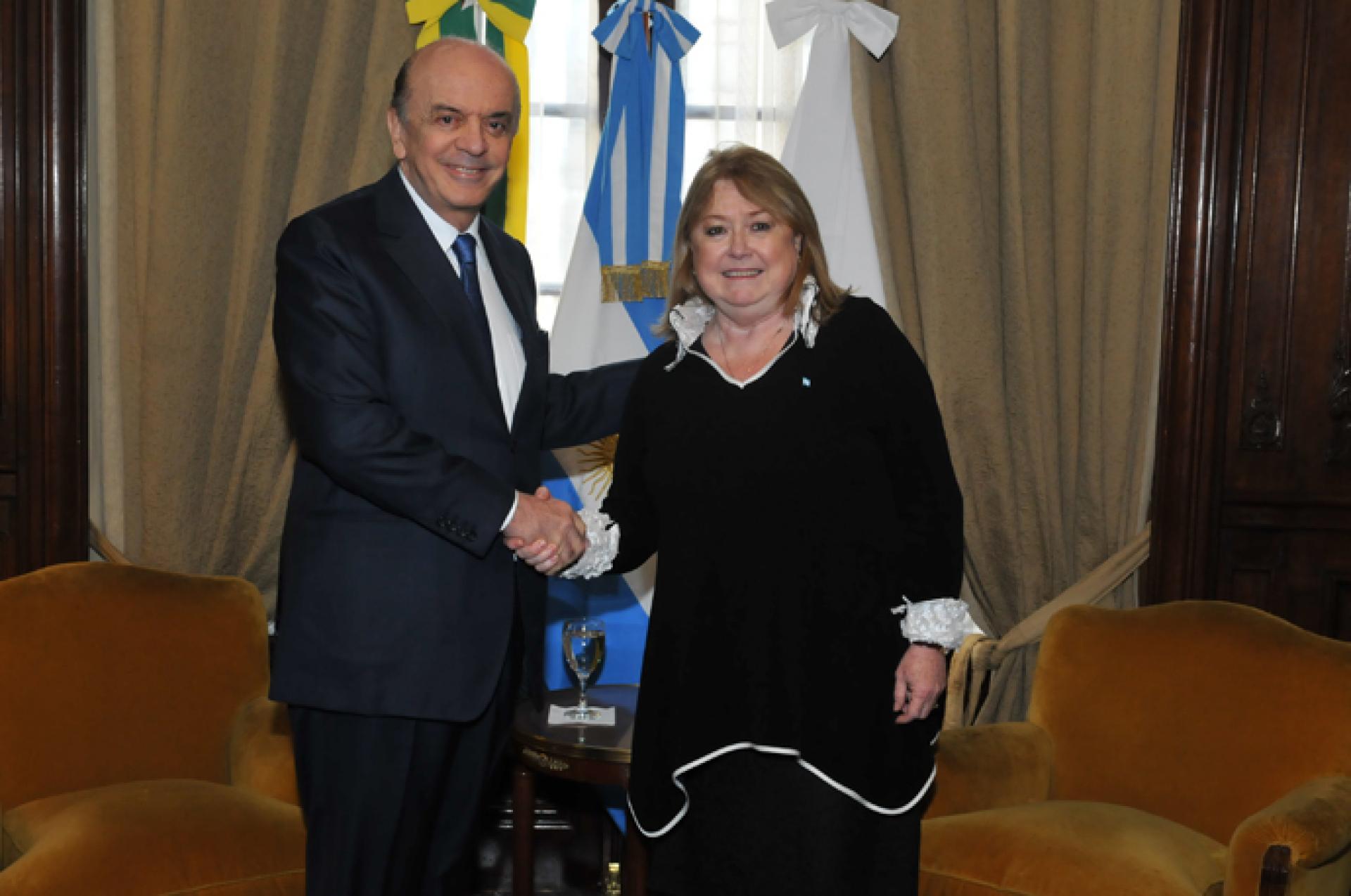 Argentina and Brazil: 25th anniversary of a strategic landmark in nuclear cooperation

Since the signing of Guadalajara Agreement for the Exclusively Peaceful Use of Nuclear Energy between Argentina and Brazil, the process of bilateral nuclear cooperation has generated progress for exclusively peaceful purposes, in view of technological, economic and social progress. Currently, Argentina and Brazil cooperate not only in the mutual verification of its nuclear activities, but also in a number of joint projects in line with the strategic nature of the relationship.

On 18 July, we celebrated the 25th anniversary of the signature by Argentina and Brazil of the Guadalajara Agreement for the Exclusively Peaceful Use of Nuclear Energy. Among other innovations, the Agreement provides for the creation of the Brazilian-Argentine Agency for Accounting and Control of Nuclear Materials (ABACC) for the purpose of verifying the commitment undertaken by Argentina and Brazil to unequivocally pursue the exclusively peaceful use of nuclear energy, and to develop the recently created Common System of Accounting and Control of Nuclear Materials.
In December 1991, the two countries signed the Quadripartite Agreement with the ABACC and the International Atomic Energy Agency (IAEA). It was the first time that Argentina and Brazil negotiated with an international organization as a single delegation. In a short period of time, the fundamental framework of the strategic bilateral relationship between Argentina and Brazil was developed, favouring a lasting atmosphere of peace, mutual trust, and cooperation between the two countries.

Considering the priority we assign to the bilateral relationship, which constitutes one of the main pillars of our respective diplomatic actions, it is only natural for us to act jointly as partners in different fields. The receptivity with which this goal is embraced by our societies is largely due to our decision to strengthen our cooperation in the nuclear field.

In the 1960s, a number of political and historical factors hindered rapprochement and made our countries’ relations difficult. Disagreements over the construction of the Itaipú and Corpus plants and the suspicion raised by the respective national nuclear programmes threatened to trigger a spiral of insecurity in the region.

Fortunately, the democratization process initiated in both countries in the 1980s paved the way for a radical transformation in the way Argentina and Brazil perceive each other, leading to a broad relationship characterized by cooperation and integration. Presidents Raúl Alfonsín and José Sarney played a key role in this change. Also important was the continuation of this process by their successors, whose efforts, together with a strong commitment by the scientific and diplomatic sectors of both countries, resulted in the creation of the ABACC.

The bilateral cooperation process today enables us to focus on the development of nuclear energy for exclusively peaceful purposes in an unprejudiced manner, with a view to making technological, economic and social progress. Argentina and Brazil currently cooperate not only in the reciprocal verification of their nuclear activities, but also in a number of joint projects aimed at materializing the strategic potential of our relationship. Such is the case of the construction of the Brazilian Multi-purpose Reactor and Argentina’s RA-10 reactor, two emblematic projects jointly conducted by both countries and capable of supplying the entire regional market with the Molybdenum-99 radioisotope, which is essential in the medical industry.  It should be borne in mind that nuclear energy plays an essential role both in sustainable development and in reducing the dependence of our economies on fossil fuels.

Through the creation of the ABACC and of the Common System of Accounting and Control of Nuclear Materials, our negotiators conceived of arrangements that were once unthinkable in such a sensitive field, whereby the inspection of Argentine nuclear facilities is carried out by Brazilian inspectors, and the inspection of Brazilian nuclear facilities is carried out by Argentine inspectors. Since its creation, the ABACC—in close cooperation with the IAEA—has carried out more than 2,500 inspections in both countries, the results of which are stated in annual reports published on its website, and it now participates in the meetings of the IAEA Board of Governors as an observer.

The profound trust required by this dynamic and its high degree of reciprocity confirm both the singularity of Argentina and Brazil’s relationship and its contribution to the region and to the world, given the paradigmatic nature of this agreement in the field of security and non-proliferation. This rich bilateral experience has now come to exemplify a possible model to overcome impasses in other regions of the world.
Our experience with the ABACC shows that it is possible to reach new levels of trust through diplomacy and through the creation of unique institutions. In politics, it is necessary to know when to take risks for a greater good: peace. It is on the basis of that strategy and calling for peace that Argentina and Brazil will continue to further strengthen their relations of friendship and cooperation, both in the nuclear field and in any other field that contributes to the sustainable development of our countries and to the well-being of our societies.

By Susana Malcorra and José Serra