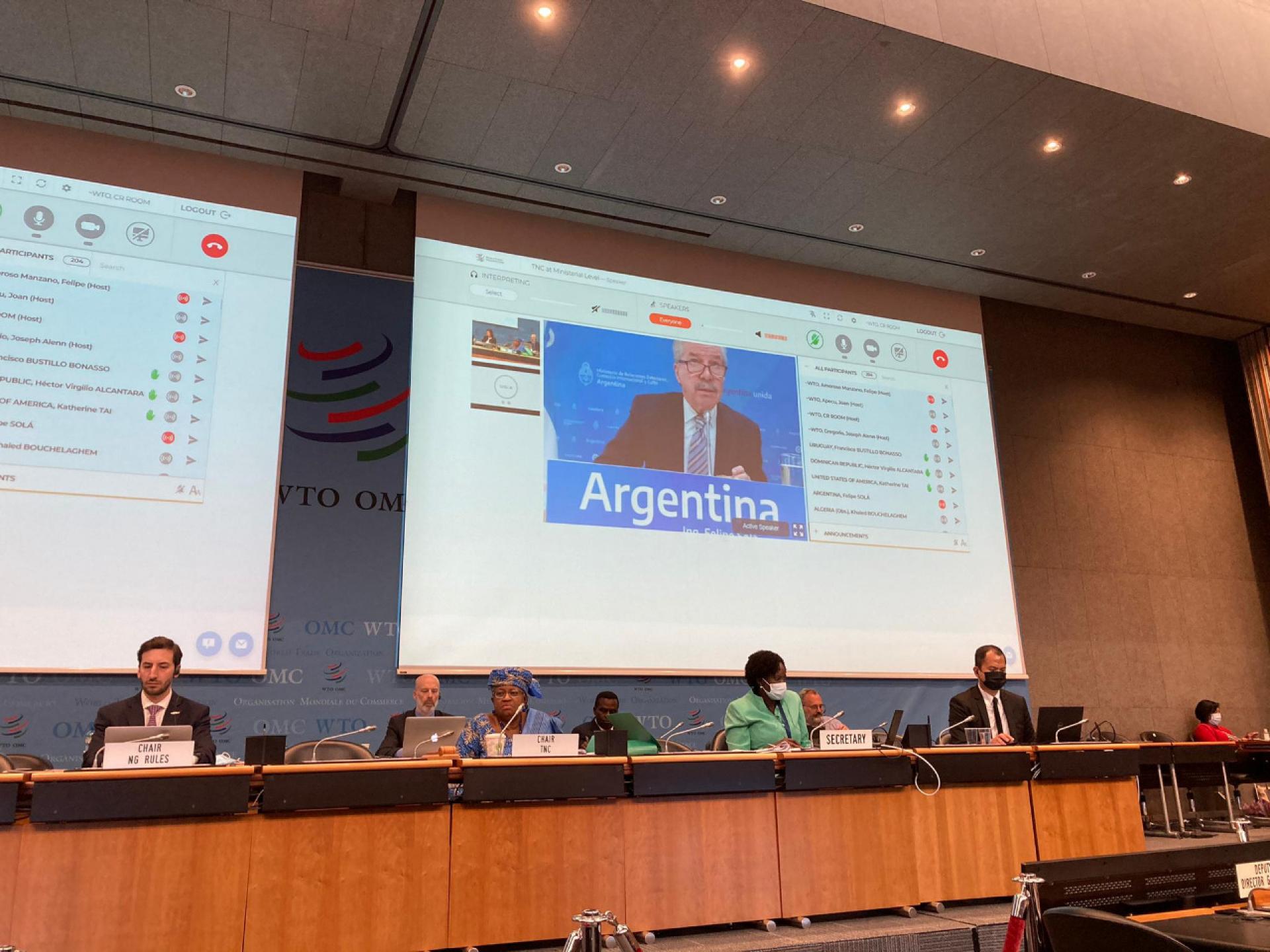 At WTO, Solá called for agreement to eliminate fisheries subsidies

Addressing representatives of more than 70 member states, Solá stated that “Argentina reaffirms its commitment to continue making its best efforts so as to reach, before the next WTO Ministerial Conference, a multilateral agreement that establishes specific prohibitions against subsidies in connection with illegal, undeclared, and unregulated fishing, overexploited fish populations and subsidies that affect overcapacity and overfishing.”

“The highly negative impact of these subsidies on fisheries makes it imperative to reach an agreement to remove them. Most of these subsidies support deep-sea fishing fleets, especially in distant waters, and mainly in areas adjacent to exclusive economic zones, with highly negative impact on the sustainability of the oceans, seas, maritime resources and the development of the affected country,” stated the Minister, who later spoke again on behalf of the “Six LAT” group, comprising Argentina, Colombia, Costa Rica, Panama, Peru and Uruguay, which joined four years ago to jointly participate in the negotiation.

Accompanied by the Chief of Staff to the Minister, Guillermo Justo Chaves, the Foreign Minister noted that our country “considers that, given the nature of the negotiations, the text of the future document should include matters that are extremely sensitive for members.” And he added: “This means that the text will not have legal consequences in relation to territorial claims or maritime jurisdiction delimitation. Therefore, Argentina deems it is very important to include in the document a clear and specific safeguard in this regard.”

Later on, on behalf of the Six LAT Group, Solá issued “a call on all those who worry about the current state of the maritime ecosystems and the existence of subsidies for large fishing fleets that sail and exploit the seas and their resources without control; it should be recognized that the current situation is the worst of all possible scenarios.” And he stressed that: “As a group, we will continue working together because we believe that failing to reach this agreement gives de facto special treatment to large subsidizers, to the detriment of present and future generations.”

For over 20 years, our country has constructively worked and participated in negotiations to reach an agreement for the elimination of fisheries subsidies at the WTO. Argentina, as a coastal country with broad littoral zone, suffers as a result of the actions of huge fleets that navigate long distances thanks to the subsidies, engaging in unsustainable practices which often result in illegal fishing, with the associated impact on the fisheries industry and on resources.