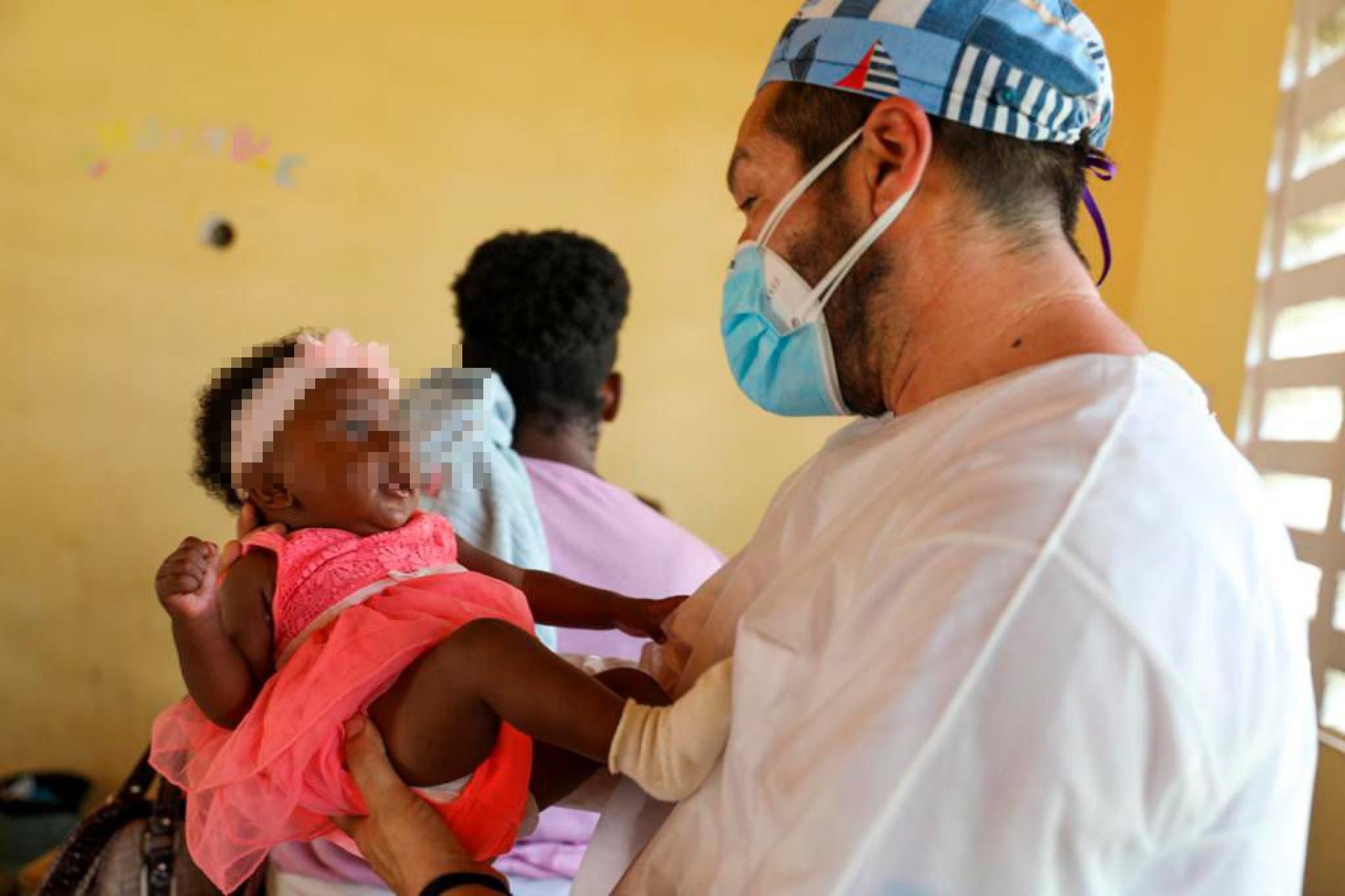 The humanitarian mission of the White Helmets Commission, which reports to the Argentine Foreign Ministry, continues to provide healthcare assistance in the Type-1 Hospital set up in Corail commune on 25 August to increase local capacity to deal with the health emergency following the earthquake.

As instructed by Foreign Minister Felipe Solá and in line with Argentina’s political tradition of cooperation with Caribbean Community countries, the professional health volunteers of the Commission are providing outpatient emergency care and paediatric, clinical medicine, obstetric and traumatology services. The Argentine humanitarian mission is also cooperating with other countries and international organizations present in Haiti to strengthen the response on the ground.

The White Helmets President, Marina Cardelli, who is leading the humanitarian mission, stated that: “While intensifying the work with our volunteers in the Hospital we set up in Corail, we are advancing cooperation with other organizations and countries to strengthen the international response capacity to help the Haitian people. We are working in the spirit of solidarity embraced by Argentina to achieve unity and further integration with our sister nations.”

On 25 August, Cardelli visited the Néstor Kirchner Hospital, accompanied by the Argentine Ambassador to Haiti, Cesar Alberto Faes. They held discussions with the authorities in order to evaluate the state of affairs in the area, coordinate work complementarity and advance in the referral of patients with serious injuries. The Hospital, located in Corail, opened in June 2013 as part of the Technical Support Agreement between the White Helmets Commission and the Technical Secretariat of UNASUR. The healthcare facility serves more than 50,000 people.

In addition, on 26 August, Cardelli and Faes visited the front desk, triage, waiting room, office and inpatient treatment areas which comprise the Argentine healthcare facility to oversee its integral functioning. During the visit, they met with Grand'Anse Department Health Ministry official Duverson Angello, and with representatives of international organizations that are working in Haiti, such as UNICEF.

They also met with doctors that are part of the Henry Reeve International Medical Brigade (HRIMB), who recently arrived to join efforts efforts with Cuban doctors already deployed on the ground.

On 27 August, Argentine authorities met with the chargé d'affaires of Brazil’s Embassy to Haiti, Marissol Romaris, to share information on the operations currently being carried out by both countries.