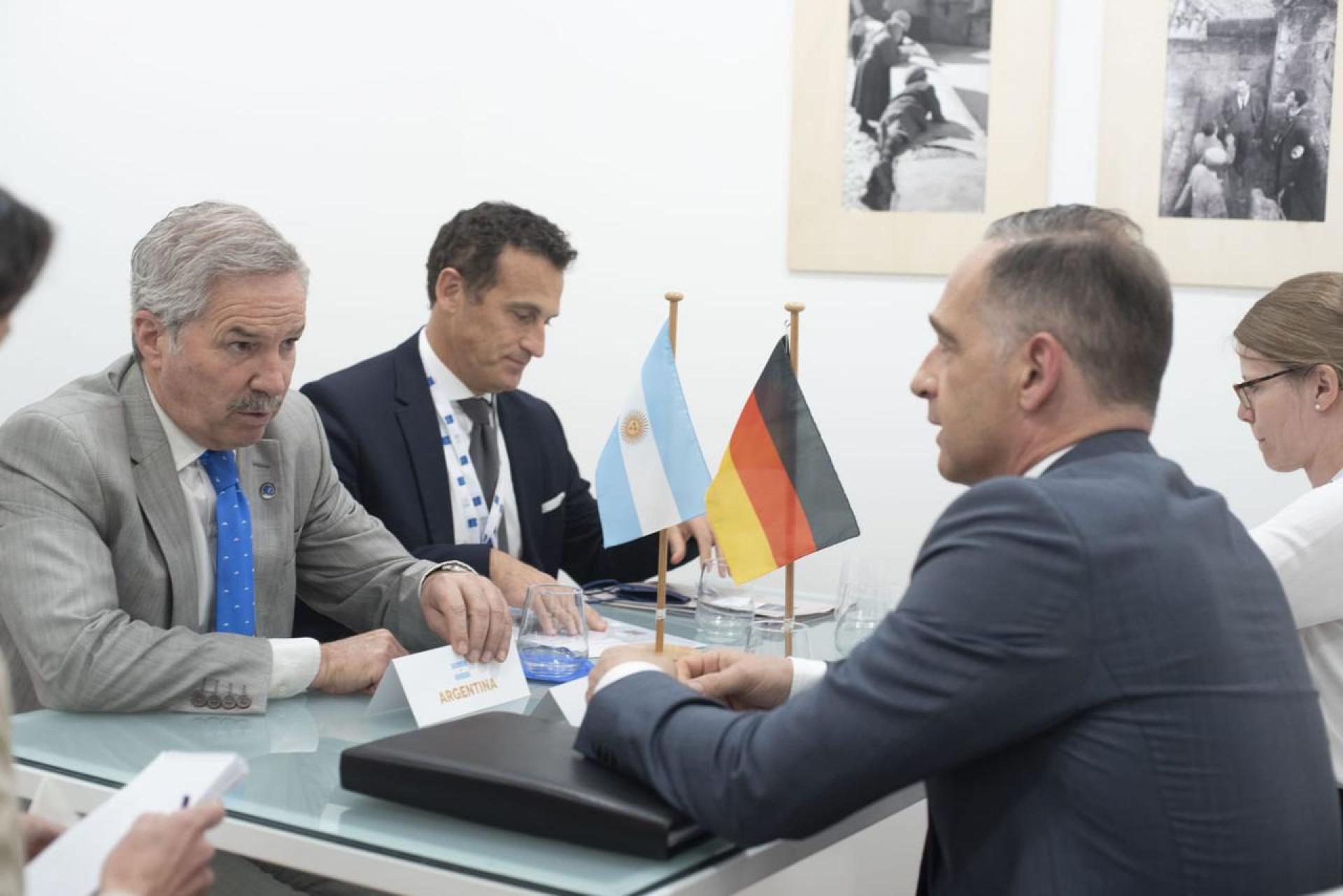 Solá met with his German counterpart: Cooperation in renewable energy and university education

Within the context of the G20 Foreign and Development Ministers’ Meeting held in Matera, Italy, Foreign Minister Felipe Solá held a bilateral meeting with his German counterpart, Heiko Maas, to discuss the main areas of cooperation between Argentina and Germany, especially as regards projects in the fields of education, science and technology, and energy.

Solá valued the strong relationship that Argentina has with Germany in the field of education, as well as in the fields of science and technology (biomedicine), Antarctic cooperation and environmental protection. He highlighted their collaboration as regards the Argentine-German University Centre (CUAA/DAHZ). The project comprises 24 binational courses of study in strategic areas such as renewable energy, geothermal energy, biomedicine, molecular biology, astrophysics, environmental management, urban planning and mobility, and includes 49 universities (20 of which are Argentine and 29 are German) and 34 different initiatives.

Solá and Maas discussed the potential for cooperation and partnership in the field of energy, especially aimed at the development of renewable energy, and the many possibilities that Argentina has as green hydrogen producer, consumer and exporter. In addition, Germany’s KfW Development Bank is financing companies with investments in clean energy projects in Salta, Jujuy and Mendoza, and agreements for the construction of wind farms in Chubut have been executed.

Last week, both ministers attended the “Future Forum: Argentina and Germany, energetic bonds and digital transformation” virtual conference, organized by the German embassy in Buenos Aires, an initiative that is part of the economic cooperation between both nations with a focus on digitalization, industrial development and a partnership in the field of energy.

Joined by the Chief of Staff to the Minister, Guillermo Justo Chaves, Solá conveyed the Argentine Government’s gratitude for Germany’s support for the negotiations that our Government is holding with both the IMF and the Paris Club, in line with President Alberto Fernández and Chancellor Angela Merkel’s conversation last May.