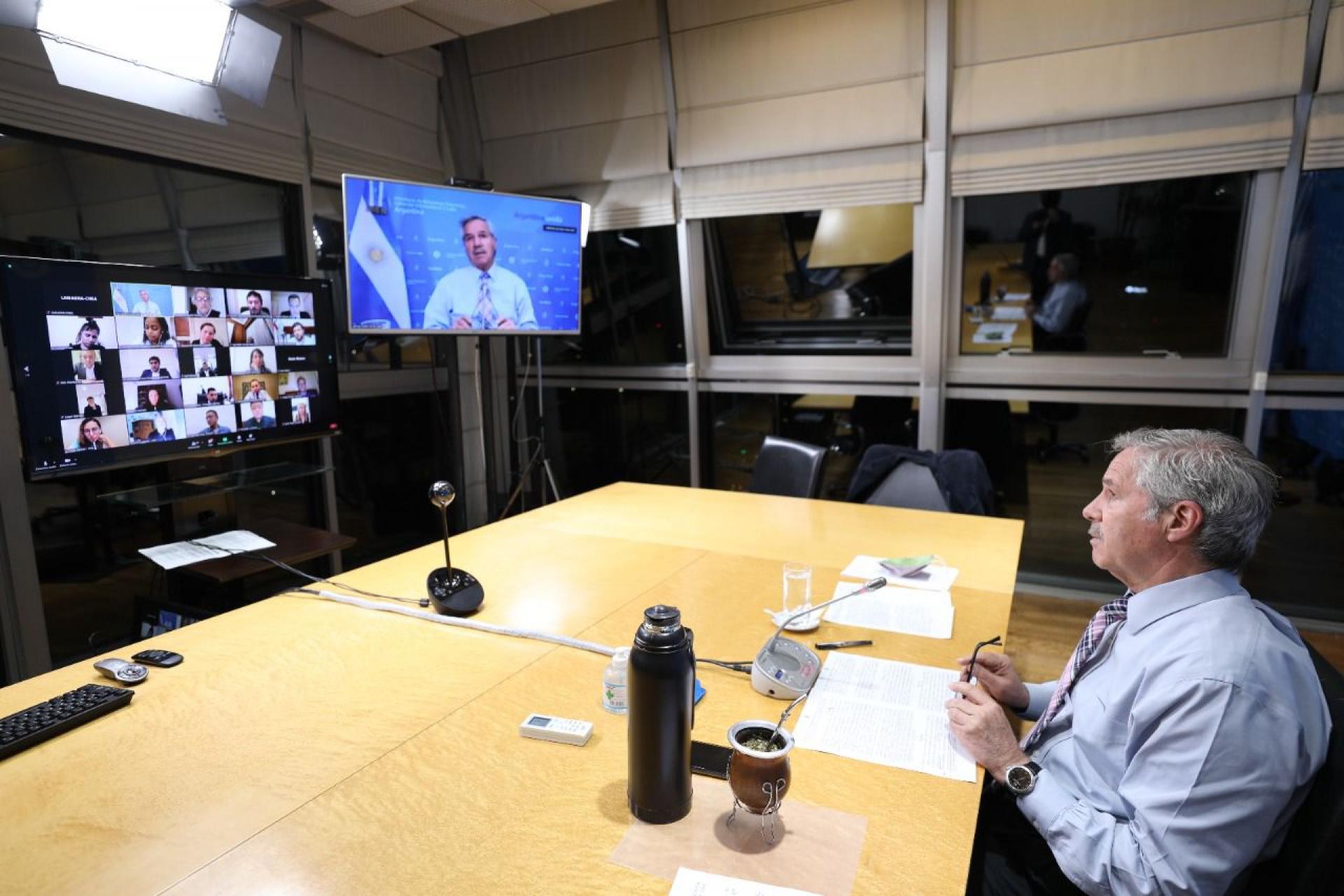 Today, Foreign Minister Felipe Solá launched the 2021 Postgraduate Course on Argentine Affairs of the Law School of the University of Buenos Aires (UBA), in which foreign diplomats take part as students.

“We take enormous pride in having diplomats from Brazil, Mexico, Uruguay, Chile, Ecuador, United States, Canada, China, Japan, Belgium, Greece, the Netherlands and Spain studying at UBA, which has recently commemorated its 200th anniversary and continues to be one of the world’s best universities,” Solá stated, adding that “a public and free university is undoubtedly one of the most important features of Argentina and one of the ways for us to connect with the world.”

During the conference, which was also attended by the Director of the postgraduate course, Agustín Romero, the Minister stated that “you are diplomats and know that Argentina has no conflicts with any of the countries you represent. We may have different opinions on the approach to a particular subject, and even conflicting interests in certain trade matters, but we do not have or want to have any conflicts. An Argentine trait is trying not to enter into conflicts with other countries.”

“The search for common goals based on realism, diversity and respect for all is a distinctive feature of Argentine diplomacy. Argentina believes that unity is vital in this context, all the more so if we look at Latin America and the Caribbean. As Pope Francis says, one of the precepts to build a people is that unity always prevails over conflict,” Solá stated.

He further stated that “Argentina wants to assume the responsibility of the Presidency Pro Tempore of the Community of Latin American and Caribbean States (CELAC), once the efficient Mexican Presidency ends, because our goal is not division but further integration.”

Referring to the post-pandemic world, the Foreign Minister stated that “we must be realistic when looking at the future and be as prepared as possible. Reality overtakes ideas.” Finally, he stated that it is necessary for countries and regions to be able to manufacture their own vaccines, invest in education and technology and pay their debts.