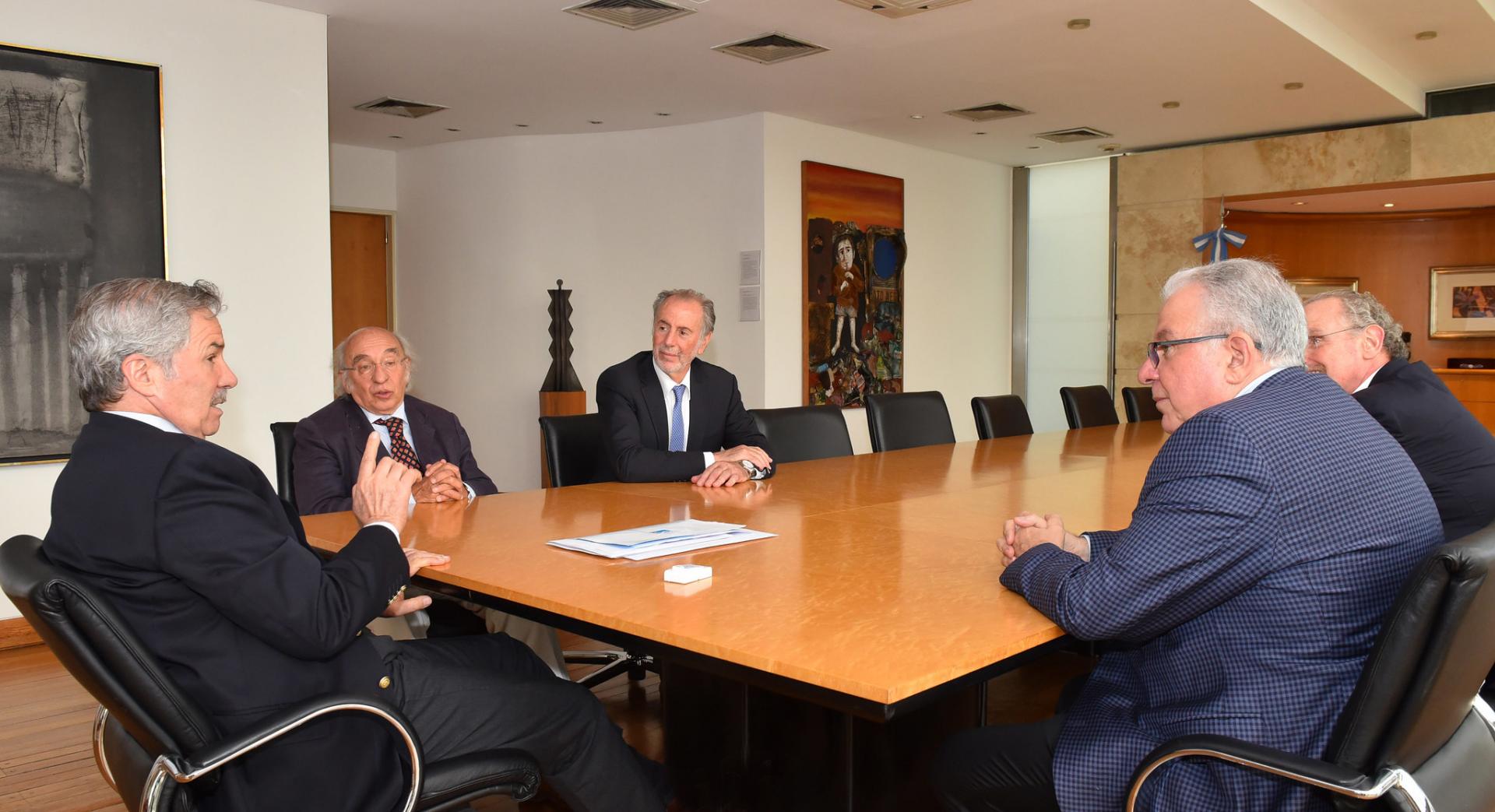 The Foreign Minister, Felipe Solá, and the Secretary for International Economic Relations of the Foreign Ministry, Jorge Neme, met today with the Rector of the University of Buenos Aires (UBA), Alberto Barbieri, with whom they agreed to promote cooperation between the Ministry and the university.

During the meeting, which was attended by economist Carlos Leyba, Solá and Barbieri discussed the significant contribution the university could make to the team of economists working at the Centre for International Economics (CEI) of the Foreign Ministry.

Foreign Minister Solá informed Barbieri that promoting foreign trade in order to boost the presence of Argentine products in the world would be a priority under his administration, and highlighted "the added value that we all know is provided by the excellent public education system of the University of Buenos Aires, which can bring experience and technical knowledge to the team of professionals of the Ministry."

The Foreign Minister and the UBA Rector agreed to make the necessary arrangements so that the agenda for cooperation may be reflected in a future agreement.