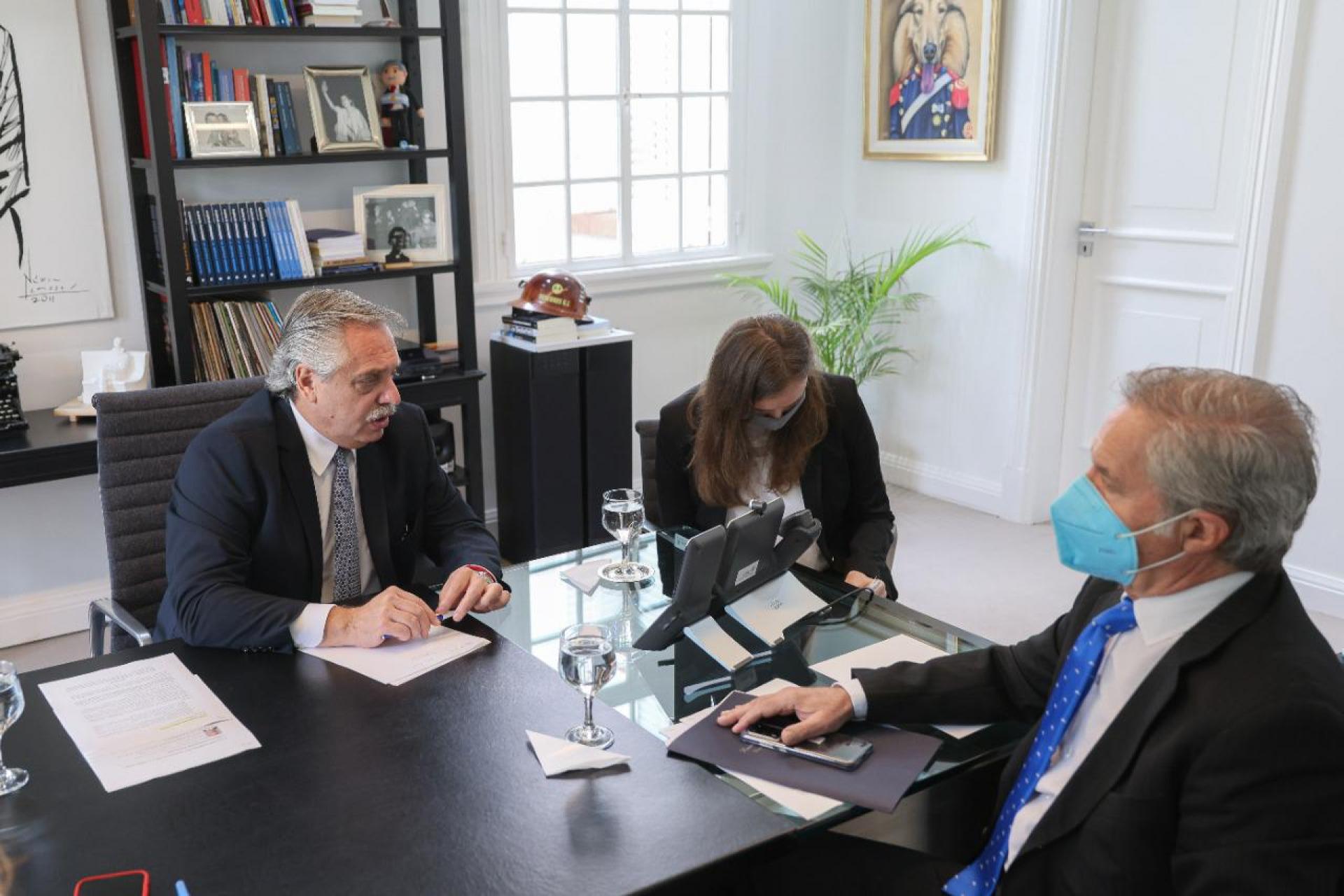 From the Presidential Residence in Olivos, President Alberto Fernández spoke for about half an hour with his Russian counterpart, Vladímir Putin. During the call they discussed the epidemiological situation of their countries, Argentina's negotiations with the International Monetary Fund (IMF) and, particularly, the supply of vaccines to Argentina.

Fernandez thanked the Gamaleya Institute and the Russian Fund for their efforts in supplying the Sputnik V vaccines, which he described as top quality. He told Putin that the results of the immunization campaign were excellent, with no adverse effects.

The President also asked his Russian counterpart to help guarantee the supply of vaccines to Argentina and Latin America.

The Russian President told Fernández that production of the vaccine was being increased so that Argentina would receive the agreed volume of vaccines.

Putin said that Russia appreciates how Argentina values Sputnik V, which he described as safe and effective, and stated that it is one of the best in the world.

Putin also valued how keenly the vaccine doses were received in Argentina, and told Fernández that he was aware that both President Fernández and Vice President Cristina Fernández de Kirchner had received the first dose of Sputnik V.

During the conversation, Putin invited President Fernández to visit Russia, and the Argentine President assured him that he would visit, because the relationship between the two countries is a priority. President Fernández also expressed his determination to strengthen multilateralism.

Furthermore, the Argentine President told Putin that the country is currently renegotiating the terms of its agreement with the IMF, and asked him for Russia’s support for the proposal of Argentina.

Fernández was joined by the Minister of Foreign Affairs, International Trade and Worship, Felipe Solá, and Cecilia Nicolini, Adviser to the President.

Last October marked the 135th anniversary of diplomatic relations between Argentina and Russia, who raised their relationship status to Strategic Comprehensive Partnership in 2008.