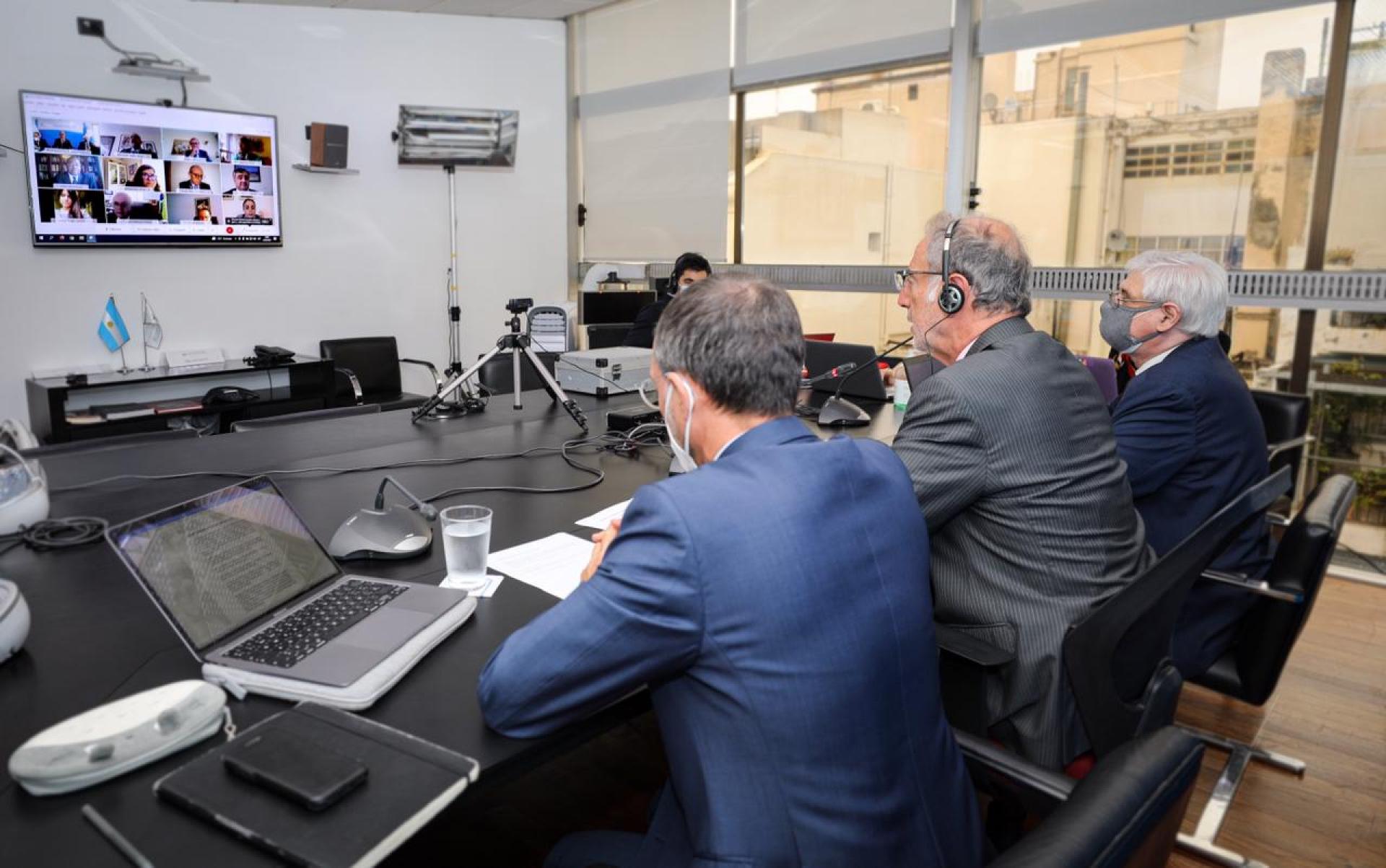 Neme stated that “there is a vast agenda on cooperation for development between the African Union and Mercosur, coupled with a history of South-South cooperation that encourages us to pursue this institutional framework. We welcome the creation of the African Continental Free Trade Area. In this regard, we believe that there are many opportunities to explore in terms of relations between the blocs.”

He added that: “Mercosur has a population of over 290 million and a GDP that makes the bloc the world’s seventh largest economy. Africa is the economic promise of the future: with a population of over 1.2 billion people and an approximate GDP of USD 2.5 trillion this can represent a landmark in the relations between our continents by laying solid foundations to dynamise the exchange of goods and boost economic cooperation with a view to sustainable growth.”

During the meeting, both blocs shared their foreign relations agendas and expressed a committment to explore mechanisms for a possible expansion of bilateral trade relations. During Argentina’s Presidency Pro Tempore, several initatives with the African continent were undertaken, specifically with South Africa, Nigeria and Egypt.

Neme stated the commitment of Argentina’s Presidency Pro Tempore to introduce, in the next meeting of the Common Market Group, specific initiatives to strengthen trade relations with the African Union. Muchanga in turn offered the framework of the African Union Commission to enhance the opportunity for dialogue with MERCOSUR.

Finally, the parties highlighted the importance of two large developing regions such as MERCOSUR and the African Union joining in dialogue to cooperate in economic matters. Both delegations agreed to deepen the joint work through specific cooperation actions within the framework of the South-South cooperation between our bloc and the African Union.