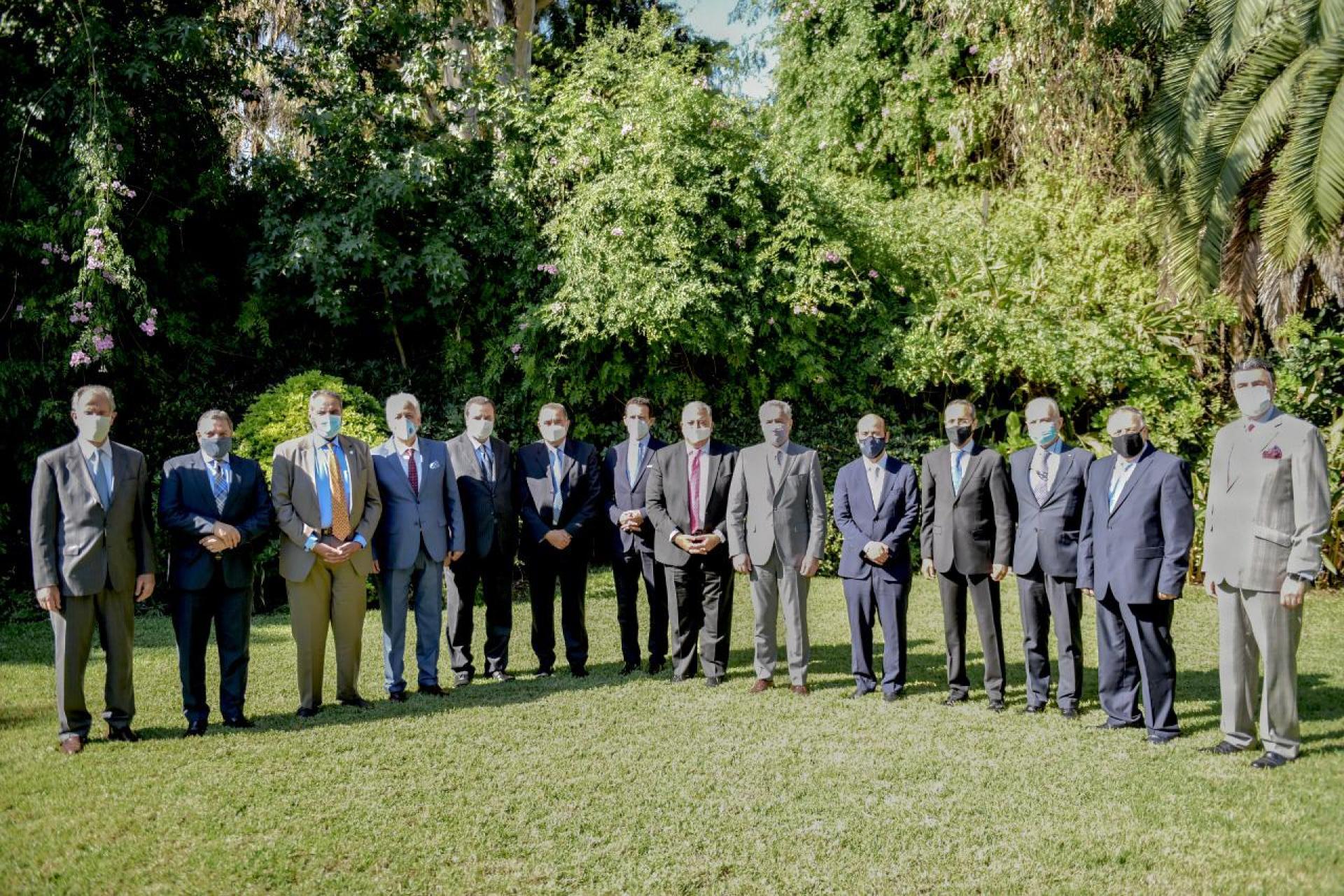 Meeting with ambassadors from Arab countries

During a working meeting with a group of eleven ambassadors from Arab countries held on 23 March, Foreign Minister Solá conveyed the Argentine government’s willingness to advance different cooperation projects in agricultural-livestock and technical-scientific fields, as well as to enhance trade exchange and investments in Argentina.

“For Argentina in particular, and for Mercosur in general, relations with Arab countries are a priority,” stated Solá, and he recalled that citizens with Arab roots constitute the third largest community in our country, after the Italian and Spanish communities.

“In addition to exporting and importing, we must promote the creation of joint ventures between companies from both countries, partnerships between Argentines and Arabs, combining capacities, products, market positioning and financing,” highlighted the Minister, who was accompanied by the Chief of the Private Office of the Foreign Ministry, Guillermo Justo Chaves, and the Secretary for International Economic Relations, Jorge Neme.

After highlighting the complementarity between Argentine and Arab economies, he stated that “there is an enormous field to develop exchanges and economic and technological cooperation.” Arab markets are clearly expanding, with high population growth rates and a rising demand for agricultural food and products. In these sectors, Argentina has clear comparative advantages and can satisfy some of that demand, in the context of a new stage of its relations with the region.

Finally, Foreign Minister Solá recalled that Argentina and Arab countries take a common position in different multilateral fora, and advocate the strengthening of South-South dialogue as a way to ensure integral human development and preservation of their sovereignty. In this regard, Solá thanked in particular for the support and solidarity of Arab countries regarding the Malvinas Question, at the bilateral level, and also in biregional and international fora.