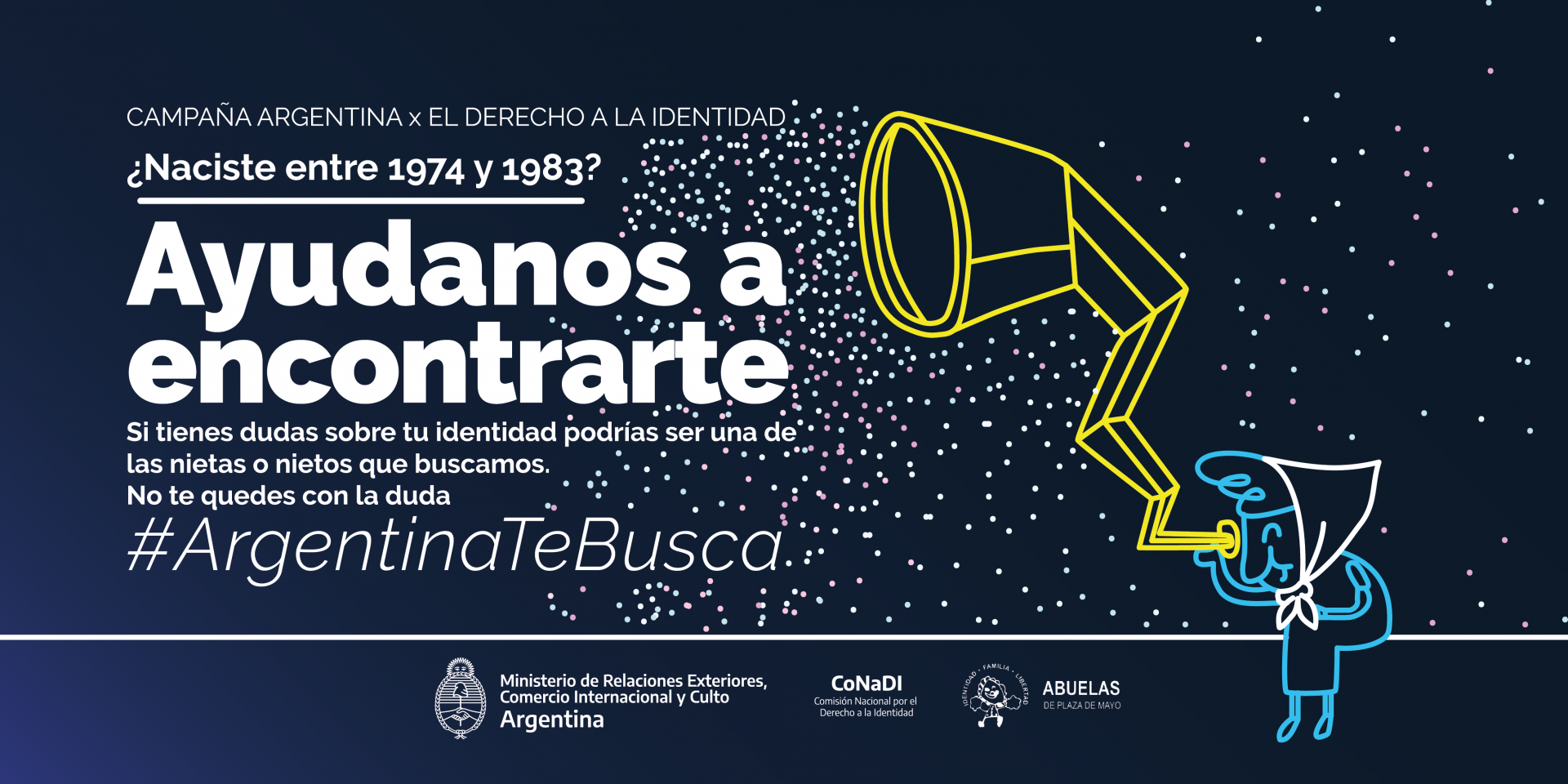 Launch of 2021 International Campaign for Right to Identity

On the National Day of Memory for Truth and Justice, the Foreign Ministry launched the International Campaign for the Right to Identity, which is aimed at promoting the search for granddaughters and grandsons who were abducted during the last civil-military dictatorship in Argentina and who may be living abroad.

The initiative was developed with the National Commission for the Right to Identity (CoNaDi) and Grandmothers of Plaza de Mayo, which participated both in the preparation of the outreach material and in the training of the consular staff.

This is an outreach campaign to be conducted by the Foreign Ministry through all its offices during this year, so that people with doubts about their identity, or about someone else’s identity, may contact Argentine consulates abroad for guidance.

Eleven virtual training meetings were held with the participation of all consulates and consular sections of Argentine embassies abroad. In addition to Grandmothers and CoNaDI, granddaughters and grandsons who recovered their identity and relatives of Grandmothers who are looking for their abducted sisters or brothers took part in the meetings and shared their experiences so that consular staff could have direct contact with the search and be aware of the importance of this Campaign for the families and for the Argentine State.

Approximately 150 persons at the Ministry received training in order to be able to provide accurate information when requested.

This is the first global dissemination campaign. All information material for social media is published in 5 different languages: Spanish, French, English, Italian and Portuguese. The Campaign webpage on the Foreign Ministry’s main website provides information both in Spanish and English.

This Campaign is one more step taken by the Argentine State towards the goal of guaranteeing the right to identity, strengthening its support for the long-standing efforts of Grandmothers of Plaza de Mayo and of families to find those babies and children, now adults, that still live with a false identity.

* The graphic design of the Campaign was based on the drawing of plastic artist Hernán Cappelletti, also known as “el Cape”, who kindly allowed its use.