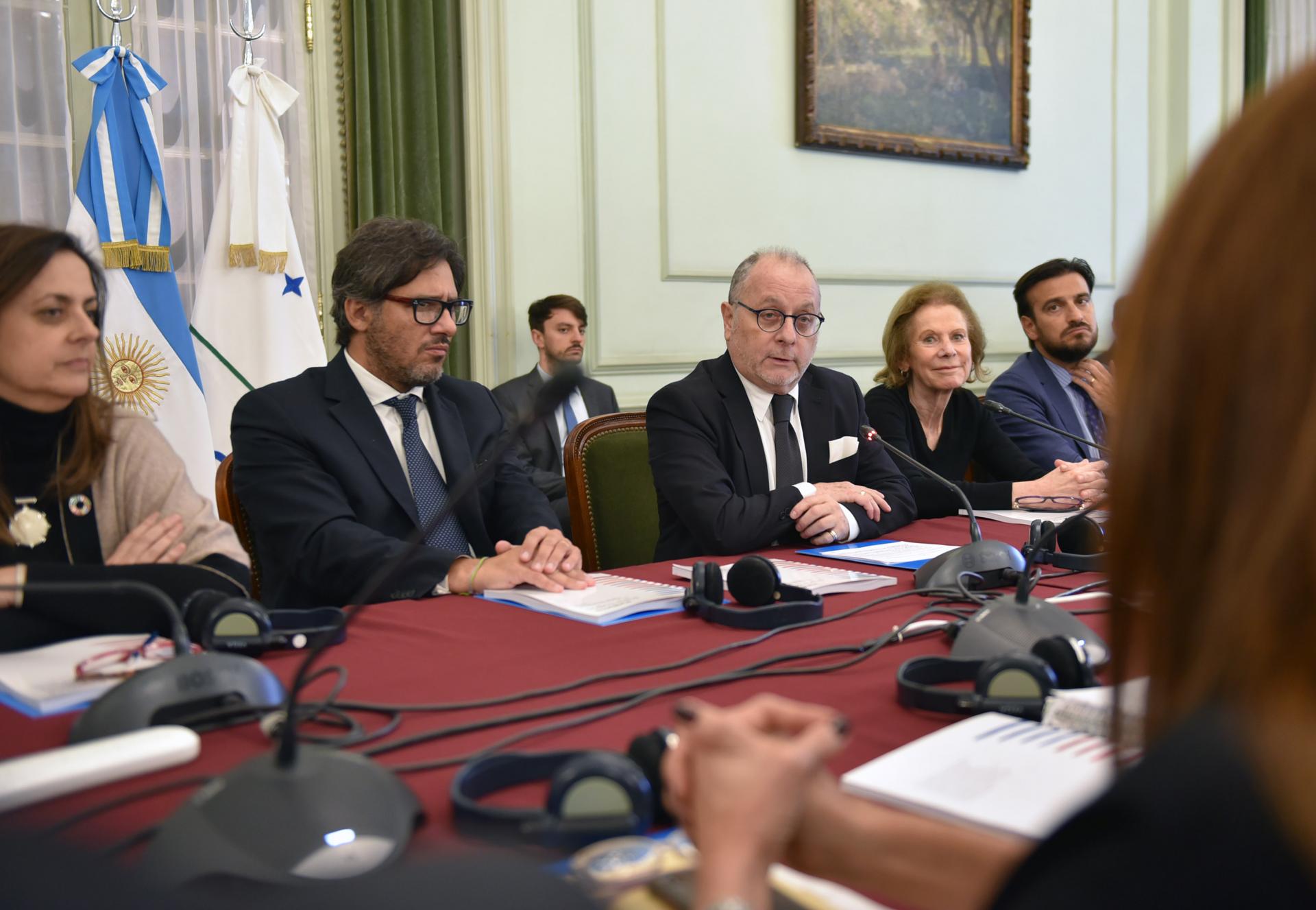 Garavano and Faurie presented 'Justice for All' report today

This afternoon, Foreign Minister Jorge Faurie and the Minister of Justice and Human Rights, Germán Garavano, presented the Justice for All report, which highlights the work carried out by the Task Force on Justice during the last two years.

The report, resulting from an initiative undertaken jointly by Argentina, the Netherlands and Sierra Leone, sets forth the main challenges in relation to justice and the proposals agreed on at a global level by leaders from around the world to achieve SDG 16 (peace, justice and strong institutions).

"The report is important as regards foreign policy because it is part of the work aimed at achieving one of the sustainable development goals: actively undertaking initiatives which allow us to guarantee –as is the case with every sustainable development goal–  that no one is left behind" and that "everyone has access to Justice," stated Faurie today as he presided over the opening of the event held in the Dante Caputo Room of the Palacio San Martín.

In turn, Minister Garavano stated that "the work undertaken in the last two years has been fruitful, and has led to the production of a very important document. It made it possible to develop shared approaches to issues which used to give rise to very heterogeneous views, at a regional and global level, from civil society, governments, and leaders from different countries."

The report 'Justice for all' was presented within the framework of the Access to Justice Week, organized by the Ministry of Justice and Human Rights. Argentina, as co-chair of the Task Force on Justice, will serve as host country for a series of regional presentations of the report.