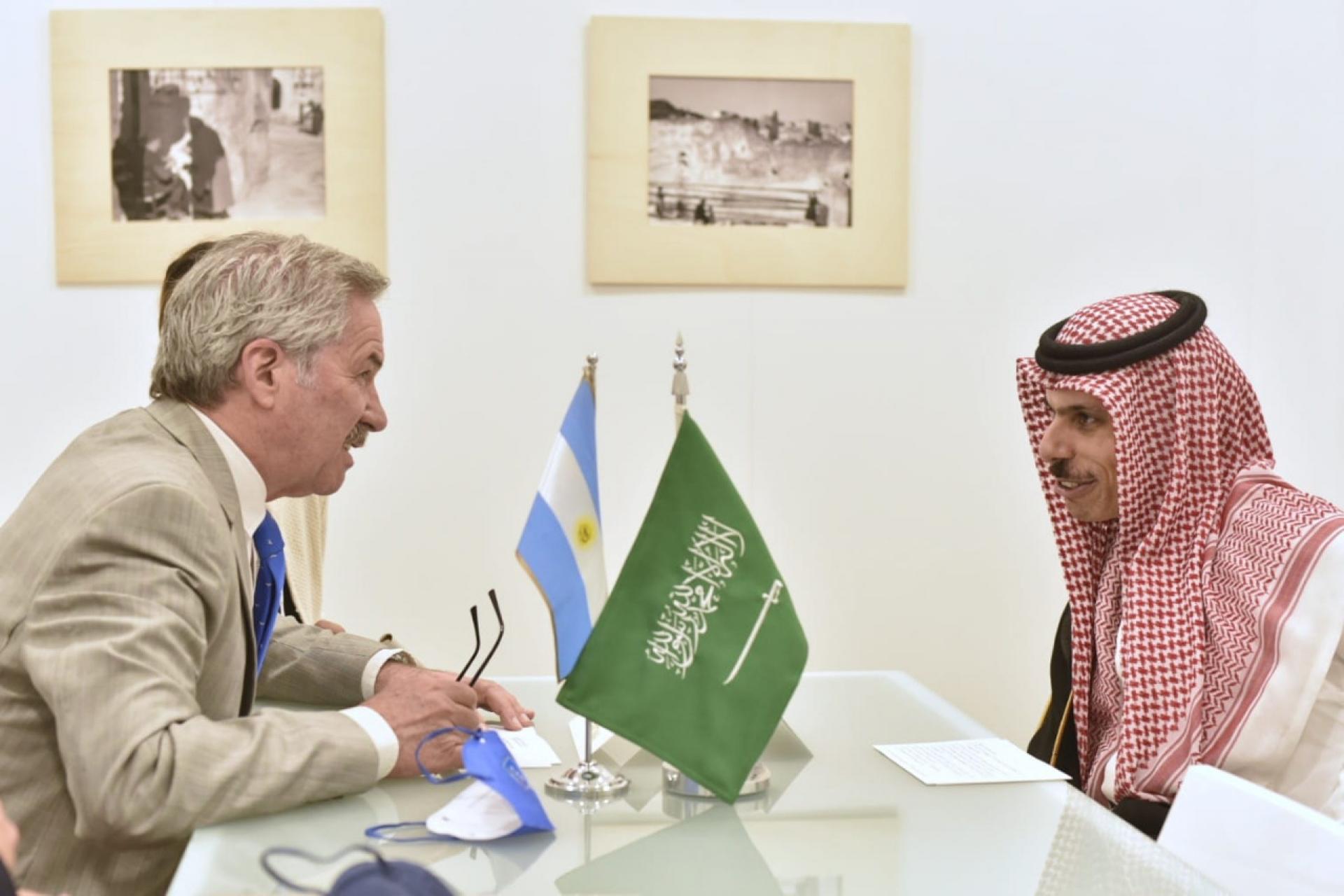 During his visit to Matera to participate in the G20 Foreign Affairs Ministers' Meeting, Foreign Minister Solá had a busy agenda of bilateral meetings that included, among others, working meetings with his counterparts from Turkey and Saudi Arabia to discuss key issues of mutual interest and the global challenges in the face of the pandemic and its multiple consequences.

Solá conveyed to his Turkish counterpart, Mevlüt Çavuşoğlu, “the importance of the bilateral relations for Argentina and the commitment of our country to strengthen bonds in order to make progress in the trade and economic fields, which have a lot of potential, as well as in the fields of scientific, technological, cultural and sports cooperation.

Regarding exchanges, the Argentine Foreign Minister proposed holding the 6th Economic-Trade Joint Committee this year, as it is a great opportunity to identify new areas for the productive sectors of both countries. In 2020, Argentina’s exports to Turkey amounted to USD 517.6 million with a trade surplus of USD 321.5 million. This country is a key hub for Argentina’s food supply to Asia. “The economic potential of Turkey, which is a regional power and huge international investor, is of great interest to our country as it is the second largest buyer of Argentine products in the region,” stated Solá.

Both Foreign Ministers welcomed cooperation on satellites through the creation of the GSATCOM Space Technologies joint venture between INVAP and Turkish Aerospace Industries (TAI), which will enable the production of light and high-performance telecommunication satellites, named Small-Geo. This is a clear example of bilateral cooperation possibilities.

Solá later met with Faisal Bin Farhan Al Saud, the Minister of Foreign Affairs of Saudi Arabia and he stated that Saudi Arabia is one of Argentina’s main partners in the Middle East.

“We are convinced that there many opportunities to explore in our mutual interest. Argentina wants to continue advancing our bilateral relations in order to increase and diversify exports. Our country is a leading global producer in the food market and is capable of contributing even further to food security, one of the Kingdom’s main strategic priorities,” stated the Foreign Minister.

During both meetings, Solá was joined by the Chief of Staff to the Minister, Guillermo Justo Chaves, and the Ambassador to Italy, Roberto Carlés.