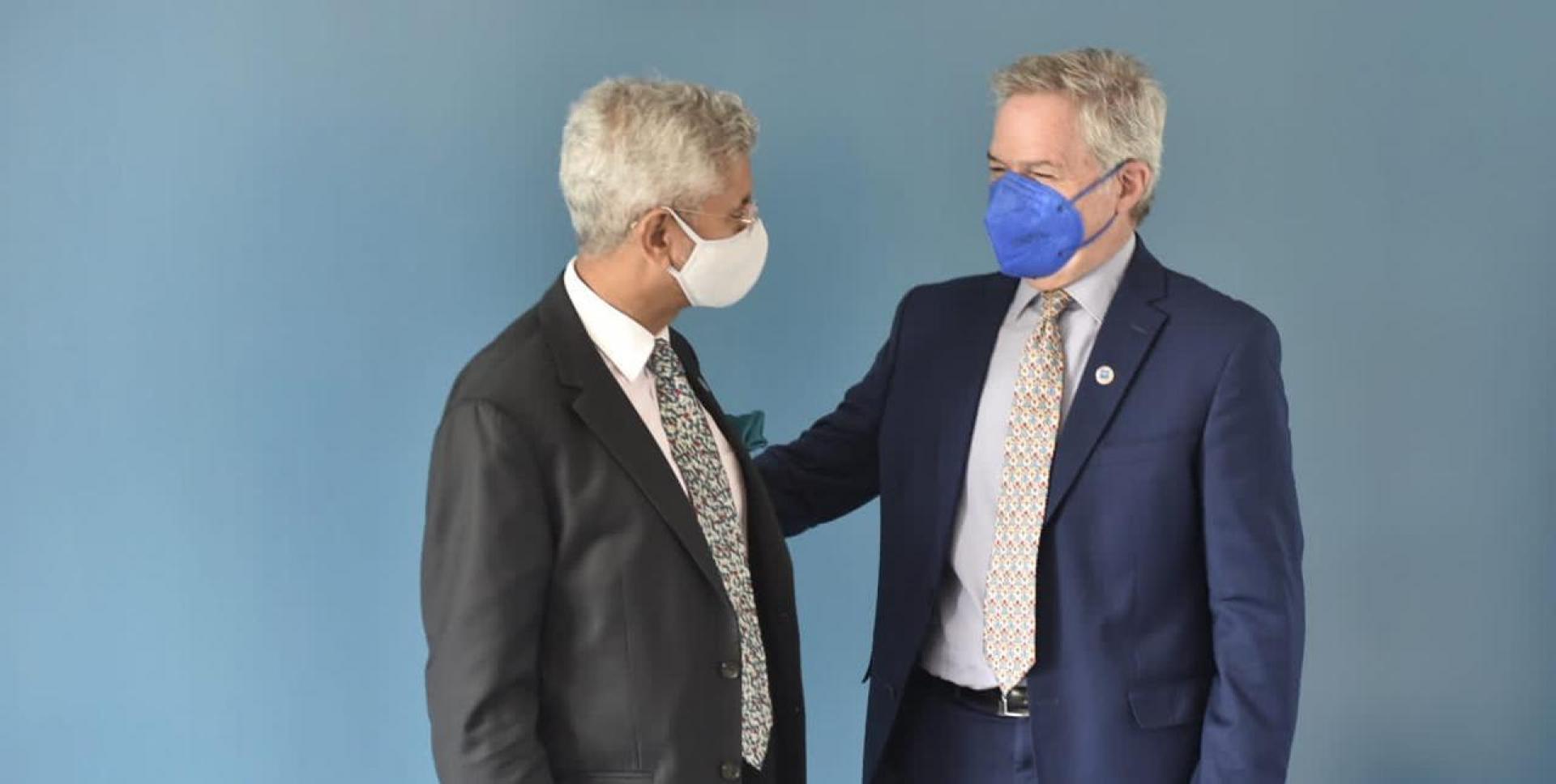 As part of a busy schedule of bilateral meetings during his participation in the G20 Summit of Foreign Affairs and Development Ministers held in Italy, Foreign Minister Felipe Solá met today in the city of Brindisi with his counterparts of India, Subrahmanyam Jaishankar, and Algeria, Sabri Boukadoum.

Joined in both meetings by the Chief of the Private Office of the Foreign Ministry, Guillermo Justo Chaves, and the Argentine Ambassador to Italy, Roberto Carlés, Solá told Subrahmanyam Jaishankar that “India is a priority for our country due to its strategic importance and economic and demographic weight.”  He referred to the close bilateral ties, showcased by the Strategic Partnership between the two countries. They also discussed access to vaccines, bilateral trade expansion, and the possibility of increasing investments.

Solá stated Argentina’s wish to continue cooperating with India in the acquisition of COVID-19 vaccines and discussed the situation and normalisation of vaccine production and exports.

The Ministers agreed to continue cooperating in order to achieve greater trade diversification, advance market access negotiations and promote the growth of medium and long-term investments. Argentina has a trade surplus with India, with vegetable oils accounting for over 80% of the exports.

With regard to economy and trade, they discussed the opportunities offered by the Indian market for increased exports of Argentine food products, and exchanged views on the possibility of an agreement at the State level to enable Indian investments destined to the development of the lithium industry in northwestern Argentina. They also agreed on the need for Mercosur and India to resume negotiations in order to reach a fair and balanced agreement.

The Ministers shared their satisfaction with the recent meeting between space agencies and the possibilities for cooperation involving satellite images provided by Argentina’s SAOCOM and data reception by India’s high-resolution optical satellites Cartosat and Resourcesat.

Finally, the Indian Foreign Minister requested Argentina to recognise yoga and ayurveda as methods of natural medicine within the country’s health systems, as several countries have already done. There is a ministry in India devoted to this field.

During the meeting with Sabri Boukadoum that followed, the Argentine Foreign Minister thanked for the long-standing support of the People's Democratic Republic of Algeria for Argentina on the Question of the Malvinas, and the Ministers discussed trade matters and the pandemic.

Solá provided details of the Foreign Ministry’s current work with Northern Africa through the Secretariat for International Economic Relations, aimed at increasing and diversifying trade, which although historically recording a surplus for Argentina, can be increased.  He noted that Algeria offers opportunities for Argentina in terms of supply of technology applied to various sectors, including agriculture, food and software.

Both Ministers further agreed on the need to guarantee equitable access to COVID-19 vaccines for all countries and access to scientific and technological knowledge and experiences to face the pandemic.

At the end of the session in Brindisi, the Foreign Minister held one last working meeting with the Minister for Economic Cooperation and Development of the Federal Republic of Germany, Gerd Müller, on his request, during which they discussed topics of interest to both countries.