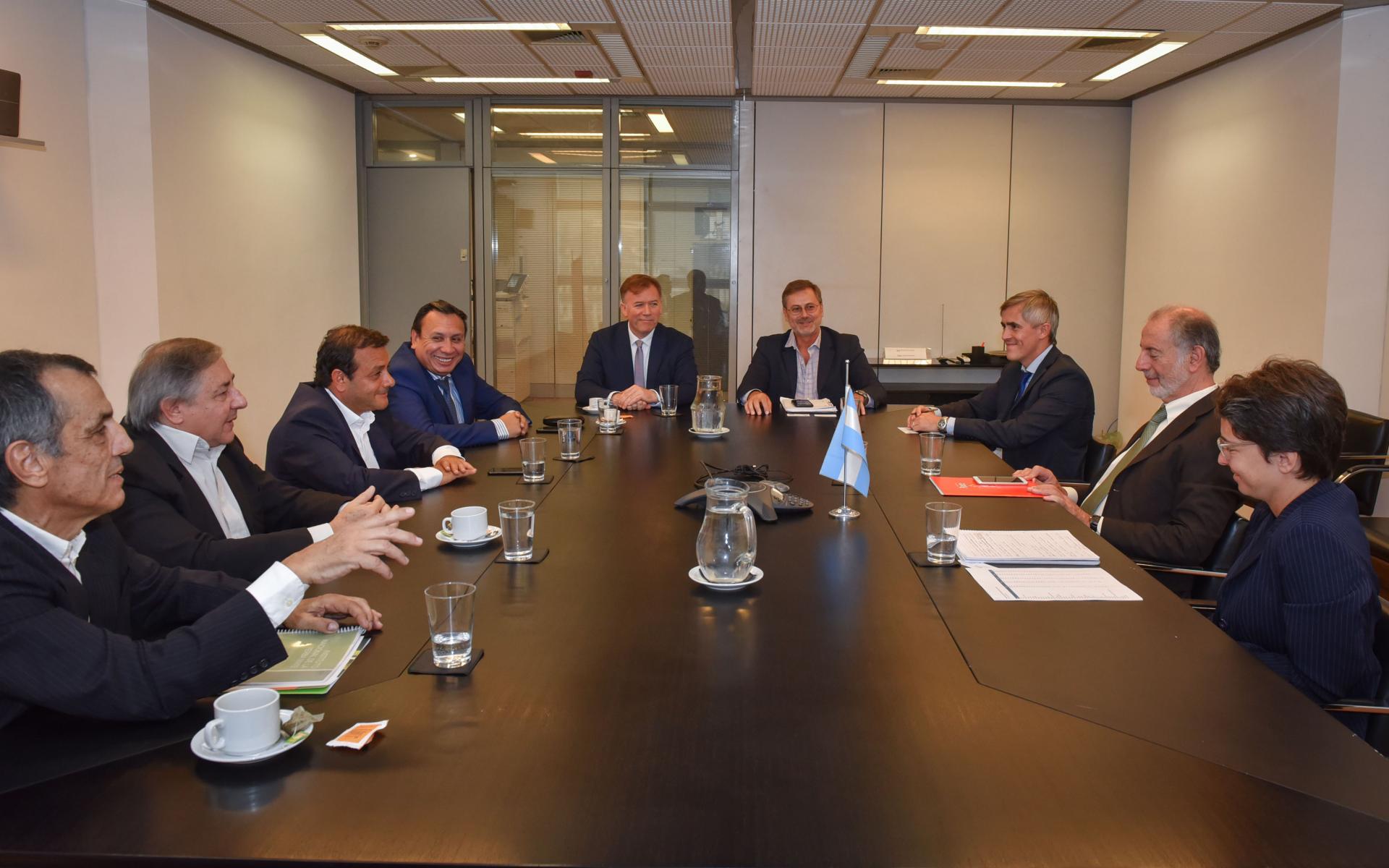 With a view to increasing the export of yerba mate, the Secretary for International Economic Relations, Jorge Neme, met today at the Foreign Ministry with the Governor of Misiones, Oscar Herrera Ahuad, who was accompanied by the authorities of the National Institute of Yerba Mate (INYM).

During the meeting, Neme highlighted the consolidation of destinations such as Syria, Chile, the United States, Lebanon and France for the export of yerba mate, and developed a work agenda together with the government of Misiones and the INYM to increase sales to new markets.

"The Foreign Ministry is looking to stimulate the sector and speed up the exports of yerba mate all over the world, given that it is a flagship product with the potential to grow and the capacity to make regional economies more dynamic," stated Neme.

INYM authorities found the meeting to be "very positive" and stressed the possibility of exporting to the attractive Indian market, since the yerba mate sector has conducted market studies in India and participated in promotion events and food fairs. In this regard, they discussed with Neme and his team the streamlining of trading protocols between both countries.

"Consumption of this product is growing more and more in the United States, Chile, Spain, Germany and the Middle East, and it has great growth potential in the Chinese and Indian markets, where the health benefits of yerba mate are especially valued," explained the Secretary for Economic Relations of the Foreign Ministry.

Finally, they reviewed the promotion activities the Foreign Ministry has planned for 2020, such as the "SIAL Paris" exhibition in France; the "Alimentaria" fair in Barcelona, Spain; and the "Summer Fancy Food Show" in the United States. Furthermore, they assessed the recent participation of the country in the "Gulfood" trade exhibition in Dubai.

Argentina is the world's largest producer and exporter of yerba mate. The top foreign buyer is Syria, with exports totalling USD 59.8 million; followed by Chile, with USD 8.65 million; the United States, with USD 2.37 million; and Lebanon, with USD 2.01 million. In addition, European countries such as France, Germany and Spain continue to be major importers of yerba mate.