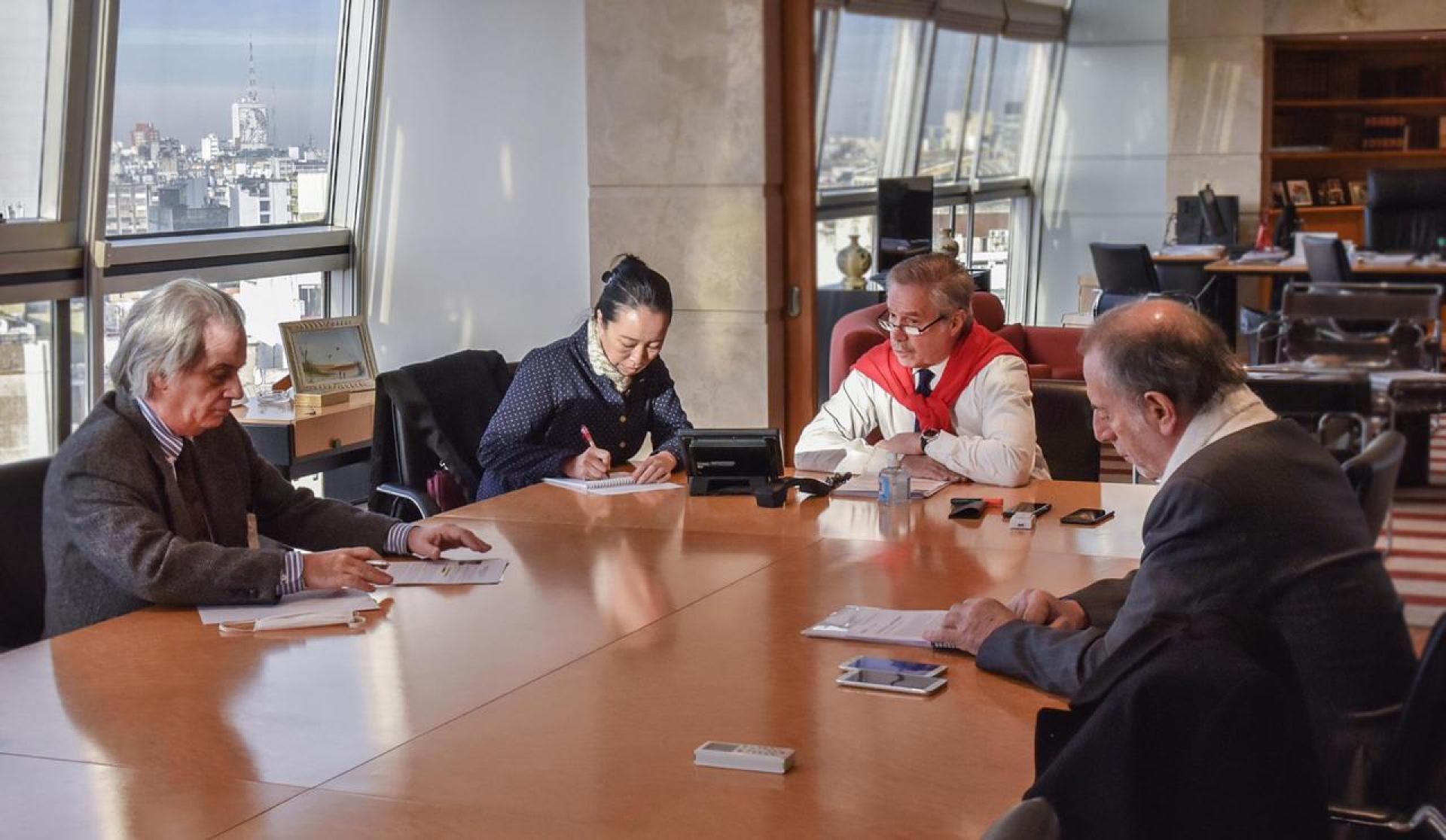 Foreign Minister Solá’s call with Zhong Shan, Minister of Trade of the People's Republic of China

Foreign Minister Felipe Solá held a constructive telephone meeting with the Minister of Trade of the People's Republic of China, Zhong Shan, in which the doors where left open for major joint projects and Argentina’s presence as guest of honour in Shanghai next November for the CIIE, an import and export fair known as China International Import Expo, was confirmed.

Solá valued China's solidarity towards Argentina in the context of the Covid-19 pandemic, which resulted in over 30 flights carrying supplies either bought by Argentina or donated by China to face the pandemic.

During the conversation, they agreed on the fact that the virus knows no borders and will only be defeated through unity and cooperation among all countries around the world, as had been stated by the President of Argentina, Alberto Fernández, and the President of the People's Republic of China, Xi Jinping, during their contacts.

The Foreign Minister noted that the strategic connection between Argentina and the People's Republic of China was underscored during the meeting. He stated that this strategic partnership is pursued by the Argentine Republic on both the trade and investment fronts.

Solá mentioned that the progress in the project regarding the production of pork involving investments by both Chinese and Argentine companies, which had already been discussed by the Argentine government and the Chinese Ministry of Agriculture, was welcomed by Minister Shan. Argentina could produce 9 million tons of high-quality pork and would give China full supply security for many years. An agreement has already been reached with regard to this project between the Chinese Association for Industrial Promotion and the Argentine Association of Pork Producers.

The Minister of Foreign Affairs, International Trade and Worship was joined by the Deputy Foreign Minister, Pablo Tettamanti, and the Secretary for International Economic Relations, Jorge Neme.

Solá noted that China is one of Argentina's two major trade partners, along with Brazil, and was pleased by the potential for cooperation in the technology, agriculture, infrastructure, and finance sectors.

The Foreign Minister expressed his will to expand bilateral trade and see compliance with global rules on free trade. In addition, the parties clearly expressed their support for the strengthening of the World Trade Organization as a mediator and dispute settlement body for all countries.