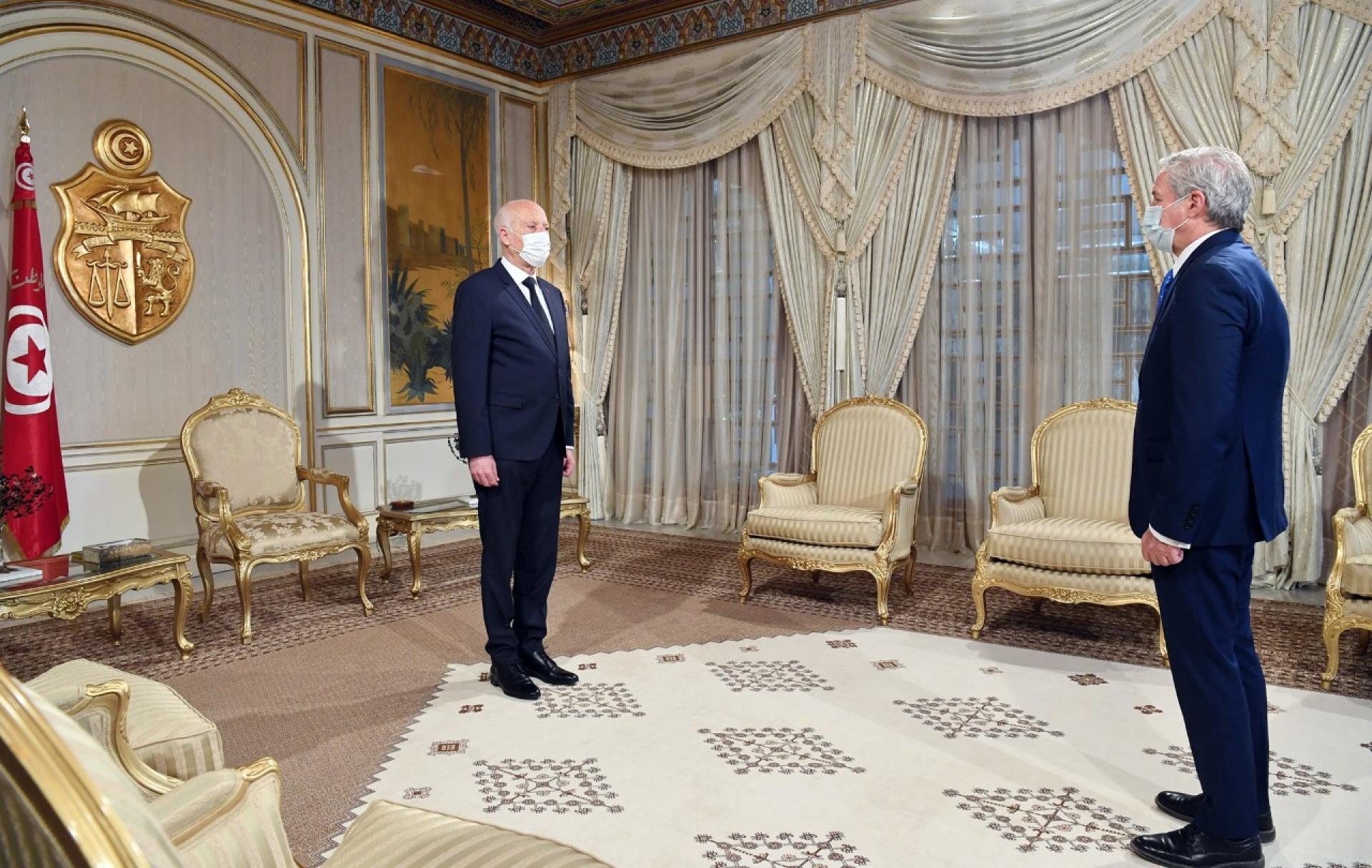 Foreign Minister Solá arrived in the Republic of Tunisia and was received by President Kaïs Saied at Carthage Palace. Earlier, he held a bilateral meeting with the Minister of Foreign Affairs, Migrations and Tunisians Abroad, Othman Jerandi, and a large delegation.

Joined in both meetings by the Chief of the Private Office of the Foreign Ministry, Guillermo Justo Chaves; the Secretary for International Economic Relations, Jorge Neme, and the Argentine Ambassador to Tunisia, Claudio Rozencwaig, Solá announced that the Foreign Ministry is planning a joint (public-private) economic and trade mission to Tunisia, aimed at developing business relations in that country. The mission is also intended to explore possibilities for cooperation in the fields of science and technology related to agriculture and the production of pharmaceutical products, always mindful of the need to develop projects that are environment-friendly.

During the meetings, the officials agreed on the renewed importance of multilateralism in the context of the pandemic. They also stressed that, in view of the global health situation, it is necessary for creditors to have a less demanding approach with regard to the debt of developing countries.

“Both countries believe in multilateralism as a mediation method in a very agitated world. We agreed on the need that, during this pandemic and looking forward, local production in each country or in certain regions must be carried out without additional costs for countries that have not produced vaccines so far. Otherwise, humanity would be in danger,” Solá explained.

The Foreign Minister also thanked for the unconditional support of Tunisia on the Question of the Malvinas and highlighted the remarks of the Tunisian Ambassador last week in the UN Committee on Decolonization.

The Tunisian Foreign Minister in turn stressed the friendship between both countries and the complementarity of their economies. He also expressed his satisfaction with the official visit of his Argentine counterpart and at the fact that Tunisia had been chosen to host the conference, headed by Solá and Neme and attended by the Argentine Ambassadors in the region. He also stressed that international cooperation should be strengthened with a new approach, and that a global solution must be found to global problems, because commitments and needs have changed.  He added that democracy needs economic pillars and shared with Solá his satisfaction at the 60th anniversary of bilateral relations this year.

Later, following a press conference with local media, Solá held a working meeting with the heads of mission in the region, during which they discussed the political and economic situation in each country and their health situation in the context of the pandemic. The meeting was attended by the Ambassadors Mariano Simón Padrós (Algeria), Eduardo Antonio Varela (Egypt), Gustavo Teodoro Grippo (Ethiopia), Raúl Ignacio Guastavino (Morocco), Claudio Rozencwaig (Tunisia) and Marcia Levaggi (Senegal).