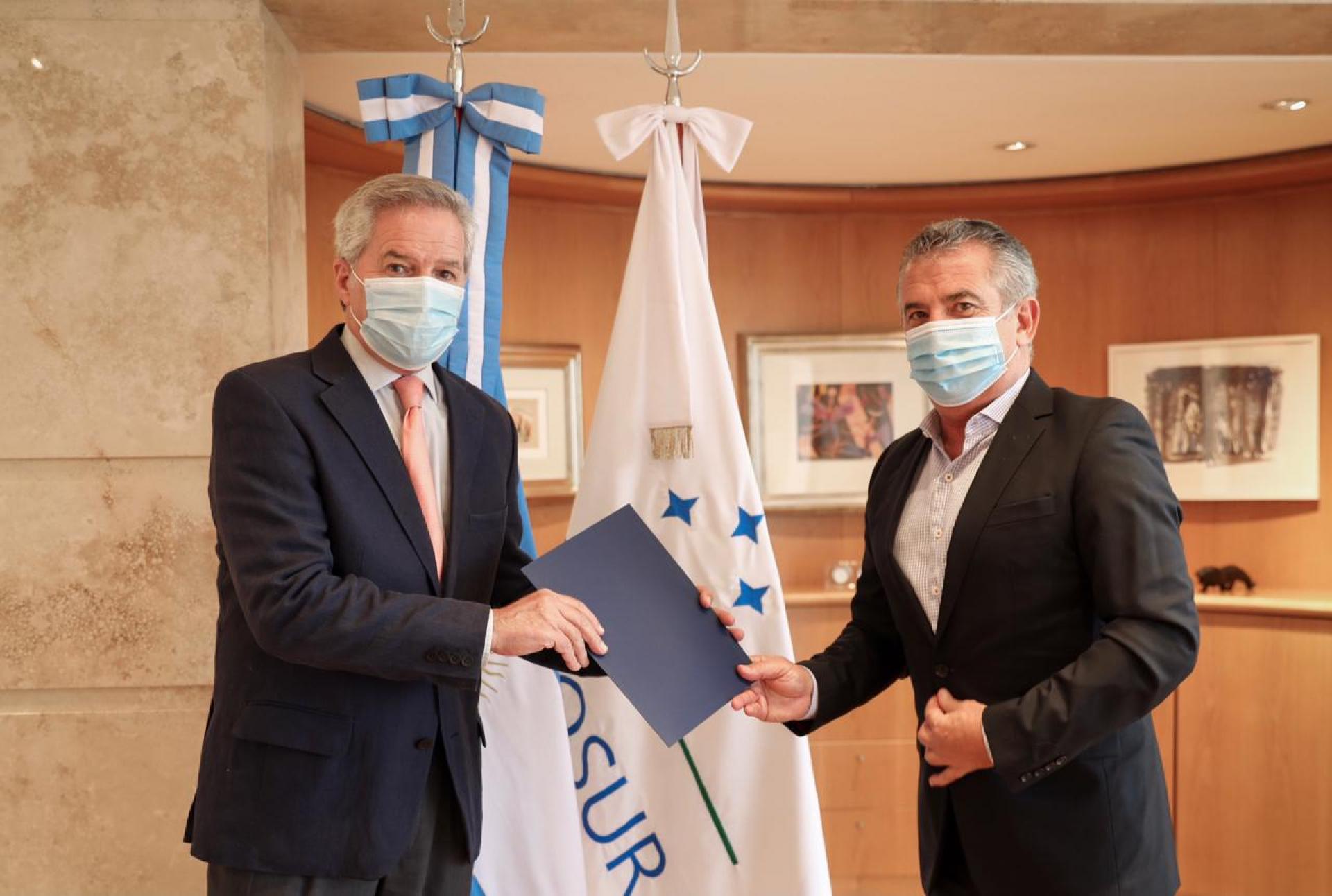 Upon presenting the activity report of the Argentine Embassy in Israel to the foreign minister, Urribarri highlighted the agreement recently signed by Corrientes, San Juan, Mendoza, Jujuy, La Rioja and Entre Ríos, providing for health professionals from those provinces to receive training conducted by the Hebrew University of Jerusalem. Urribarri also reported on the working meetings he held last week with the Minister of Defense, Agustín Rossi; the Minister of Science and Technology, Roberto Salvarezza; and the Minister of Agriculture, Luis Basterra, In addition to a meeting with the governor of Entre Ríos, Gustavo Bordet.

Solá and Urribarri reviewed Argentina’s economic objectives with Israel for 2021, especially an increase in exports of agricultural products from our country. To this end, both countries have already agreed to hold bilateral technical webinars dealing with matters of mutual interest and during which Argentine and Israeli agritech companies will present their technological offers.

They also discussed various trade missions to Israel that Argentina, together with the Federal Investment Council (CFI), is organizing with a view to representing different geographical areas of the country.

Furthermore, they highlighted the work both countries have been doing as part of cooperation in such fields as the efficient use of water, irrigation, and agritech, among others, for the benefit of both economies. Solá and Urribarri reviewed the progress in the sharing of experiences and exchange of grants between scientists and researchers from both countries, through joint work between universities, Israel’s Weizmann Institute of Science -one of the most prestigious scientific institutions in the world-, and (Argentina’s Scientific and Technical Research Council) CONICET.

Guillermo Justo Chaves, Chief of Staff to the Minister, also joined the meeting.