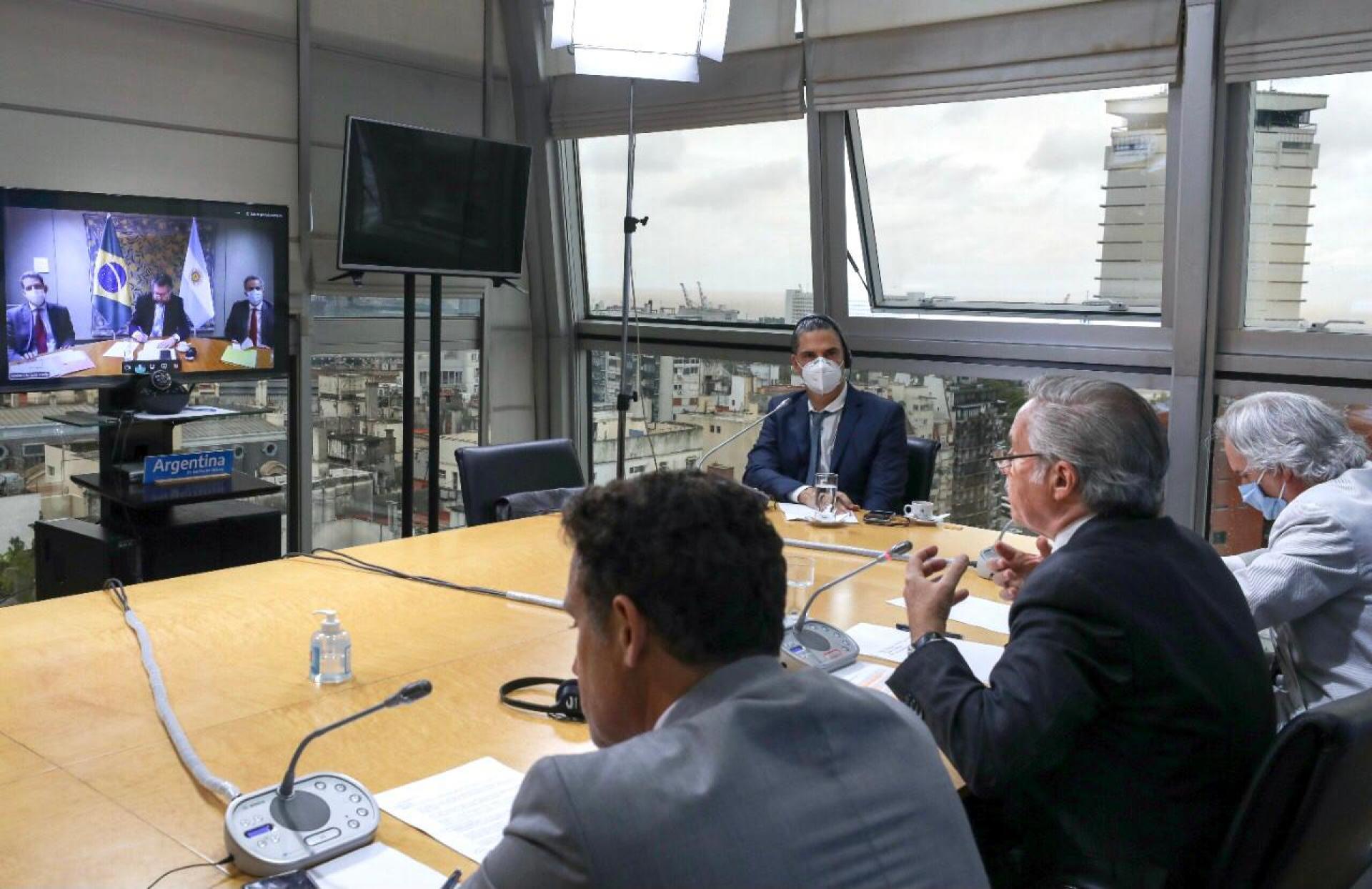 Within the context of the commemoration of the 30th anniversary of the signing of the Treaty of Asunción to be held virtually on 26 March and organized by Argentina’s Presidency Pro Tempore of Mercosur, Foreign Minister Solá had a working meeting with his Brazilian counterpart, Ernesto Araújo.

“We hope that the meeting to be held on the 26 March will have political and symbolic value to show a united Mercosur, with a clear commitment to regional integration in order to overcome the challenges ahead of us and to strengthen the relations we have been developing for over 30 years with a common project,” stated Solá after concluding the one-and-a-half-hour meeting.

Accompanied by the Secretary of Foreign Affairs, Pablo Tettamanti, and the Chief of the Private Office of the Foreign Ministry, Guillermo Justo Chaves, the Foreign Minister conveyed to Minister Araújo the intention for Mercosur to be a common platform for international competitive projection of the region, without detriment to any of the bloc’s members.

Solá and Araújo agreed that the historical and fraternal relations between Argentina and Brazil are a political asset that must be protected, and that the political stability and economic development of the region depend largely on a strong strategic consolidation of the relations between Mercosur’s member states.