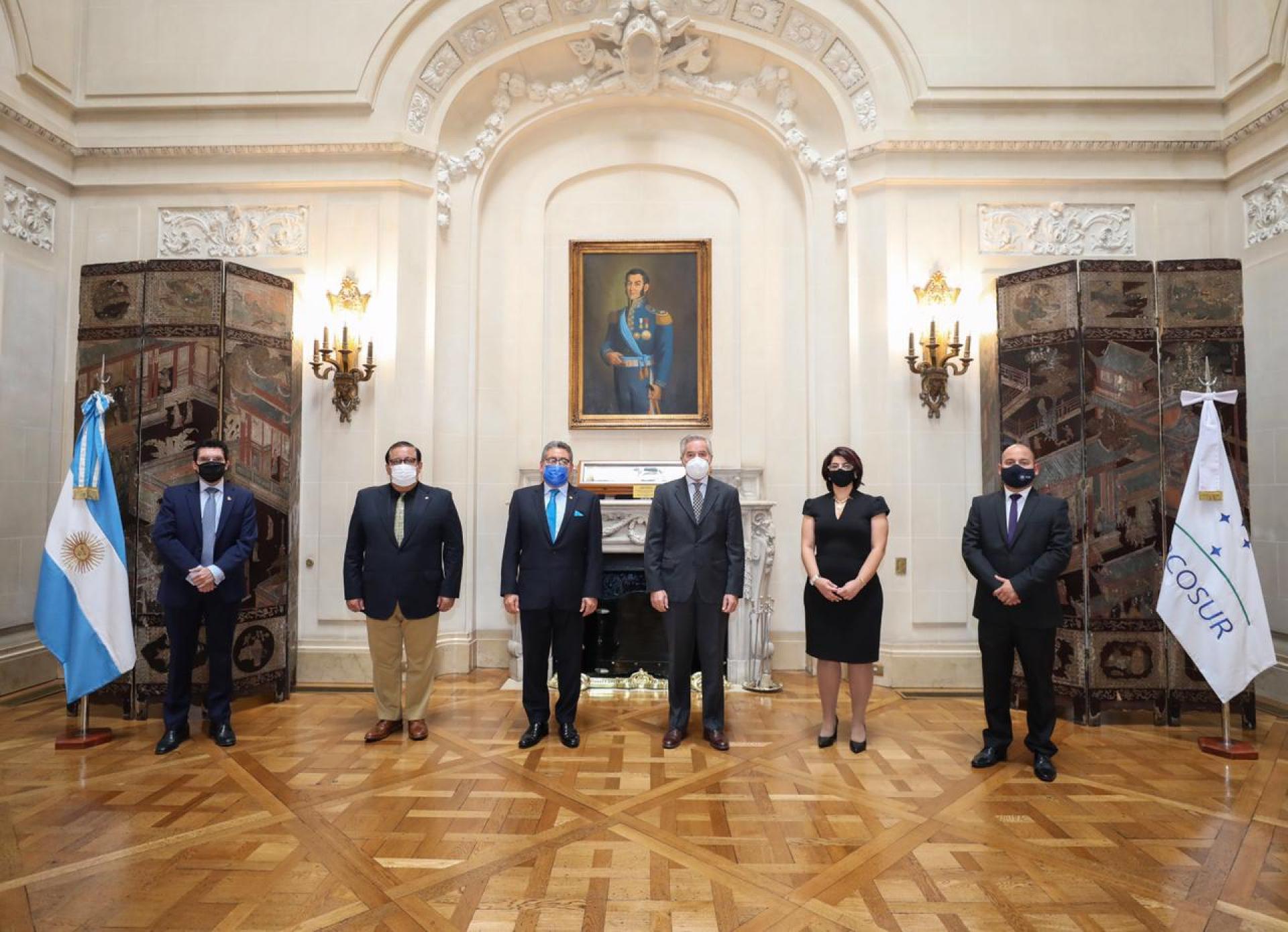 “As Pope Francis says, reality is always greater than ideas. And we have to work at the real level to see how we can be stronger bilaterally and regionally,” stated Foreign Minister Felipe Solá during the meeting held with ambassadors Ginnette Campos Rojas (Costa Rica), Eduardo José Cardoza Mata (El Salvador), Rony Abiú Chalí-López (Guatemala), and Orlando Gómez Zamora (Nicaragua), and the Honduran chargé d&#39;affaires, Carlos Alberto Rojas Santos, to discuss the Commemoration of the Bicentenary of Central American countries next 15 September.

“Our trade level is very low in comparative terms and we have similar issues. In addition, we have gone through a process of limited political integration for some time. In the year of the Commemoration of the 200 th anniversary of the independence of Central American countries, I wish to convey our country’s firm commitment to continue enhancing and facilitating all cooperation mechanisms with the region,” stated the Minister, who was accompanied by the Secretary for International Economic Relations, Jorge Neme, and by the Chief of the Private Office of the Foreign Ministry, Guillermo Justo Chaves.

Solá noted the fundamental importance of working on trade issues and on joint investment projects.

“Trade, cooperation and science and technology are important. Mercosur is important,” he stated and stressed that promoting negotiations with Central American countries is a priority for Argentina’s presidency pro tempore of the regional bloc.

The Foreign Minister expressed interest in the situation of each country regarding access to the Coronavirus vaccine and thanked them “for the valuable support of their governments for the Malvinas Question and for the resumption of bilateral negotiations with the United Kingdom to reach a lasting solution to the sovereignty dispute.”

In addition, the Secretary for International Economic Relations, Jorge Neme, stated that there is an excellent opportunity to increase and diversify bilateral trade with Central American countries, which is currently quite low. In this regard, he advocated for “a strong structural relationship, opening markets between Argentina and the region, as well as going together to other markets.”

The Chief of the Private Office of the Foreign Ministry, Guillermo Justo Chaves highlighted the importance of maintaining more and more regular dialogue between diplomatic missions.

The Central American independence process advanced after the 1808 French occupation of Spain that ended with the formation of various popular resistance groups known as Juntas that enacted the 1812 Constitution, which had a direct effect on all of the Americas and their independence movements. The first one in Central America was on 5 November 1811, when a riot began in San Salvador. This was followed by revolts in Nicaragua, the rebellion of Belén, and other movements that emerged between 1814 and 1821. On 15 September 1821, Spanish rule was ended in the old Captaincy General of Guatemala, which was composed of the State of Chiapas, and the Republics of Guatemala, Honduras, El Salvador, Nicaragua, and Costa Rica.