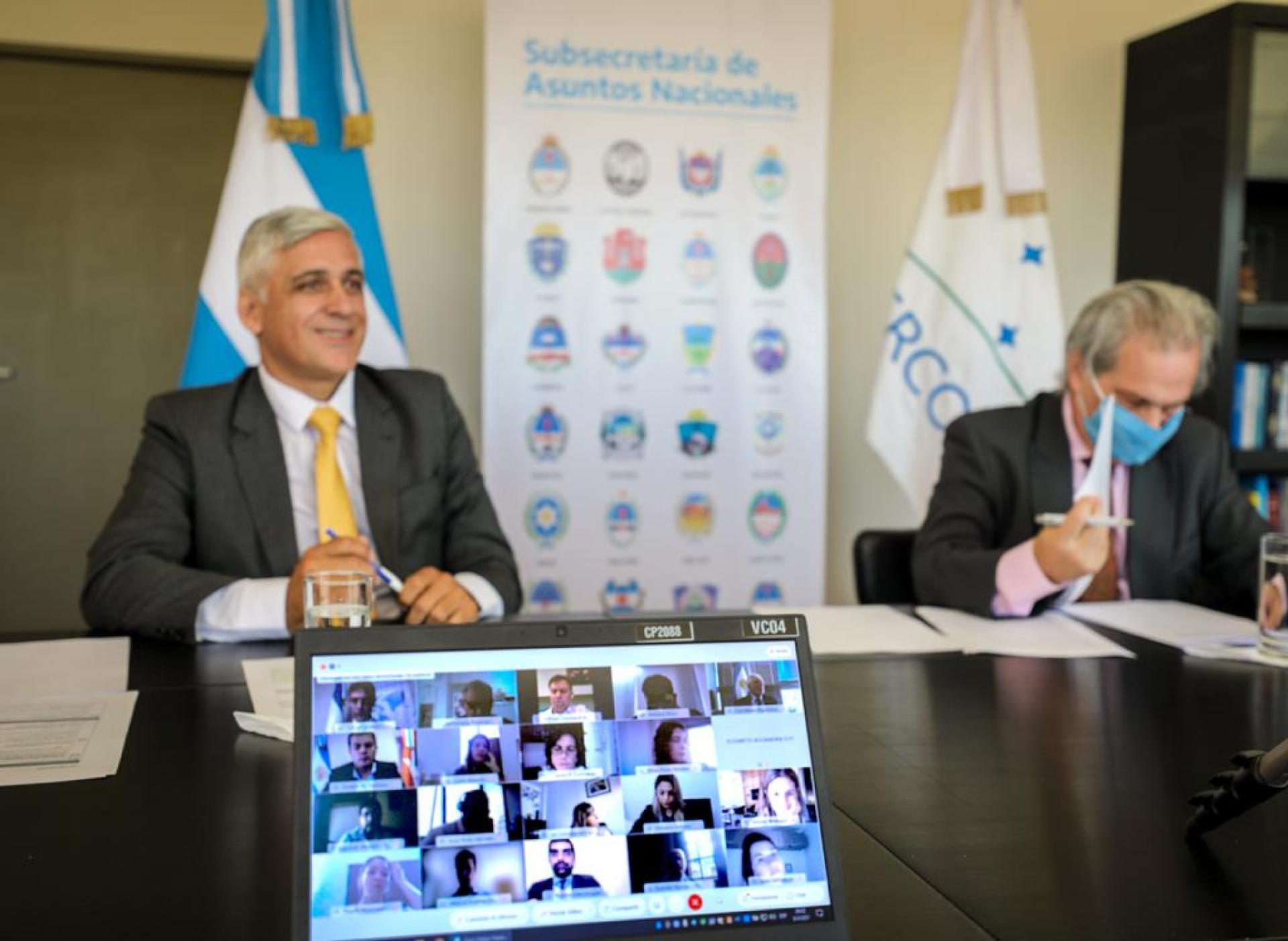 As part of the links fostered by the Foreign Ministry headed by Felipe Solá with provinces and municipalities, the Secretary of Foreign Affairs, Pablo Tettamanti, and the Undersecretary for National Affairs, Fernando Asencio, launched the first Seminar to enhance technical capacities for international relations, aimed at provincial officials working in the international affairs offices of their agencies.

“This seminar, to be held throughout April and delivered by Foreign Ministry officials, is intended to give provincial officials instruments to promote their provinces around the world. This requires working together on the main lines of action and sharing views and knowledge, you as those responsible for provincial policies, and we, Foreign Ministry officials, as those responsible for political and economic relations internationally: getting to know each other better to favour interaction and coordination is fundamental to the design of a federal foreign policy,” said Tettamanti to representatives of the Argentine provinces and of the City of Buenos Aires during the virtual meeting.

After highlighting the creation of the Federal Council on Foreign Affairs and International Trade within the Foreign Ministry, he stated that “the work our government has been doing, with regular contact between the Foreign Ministry and governors, is key for provinces and municipalities to position themselves globally, play a more active and strategic role to promote their products, enhance regional markets, attract investment and tourism, promote twinning agreements between cities, and undertake activities to disseminate our culture with a well-balanced approach.”

“The goal of reducing poverty and inequality is inextricably linked to our foreign policy, so our focus is on the development of local economies, productive investments, access to more and better international financing, promotion of exports according to the different production profiles within our country, and enhancement of value chains,” he added, and he also highlighted last year’s joint work when the Foreign Ministry and the provinces worked in unprecedented massive operations to repatriate Argentine citizens stranded around the world.

In addition, Asencio stated that the Undersecretariat for National Affairs “focused its efforts on reestablishing and enhancing the links of the Foreign Ministry at the federal level; to this end, we met with all the governors and with more than 140 municipalities,” and he highlighted “the workshops with ECLAC, with Argentina’s Northeastern, Northwestern, and Central regions, and the meetings with ambassadors from strategic countries, so that the Foreign Ministry could reach out to every corner of Argentina, as President Alberto Fernández specifically requested.” He also highlighted the “Diplomatic Domestic Assistance Program, a mechanism through which our diplomats give specialized technical assistance to each province.”