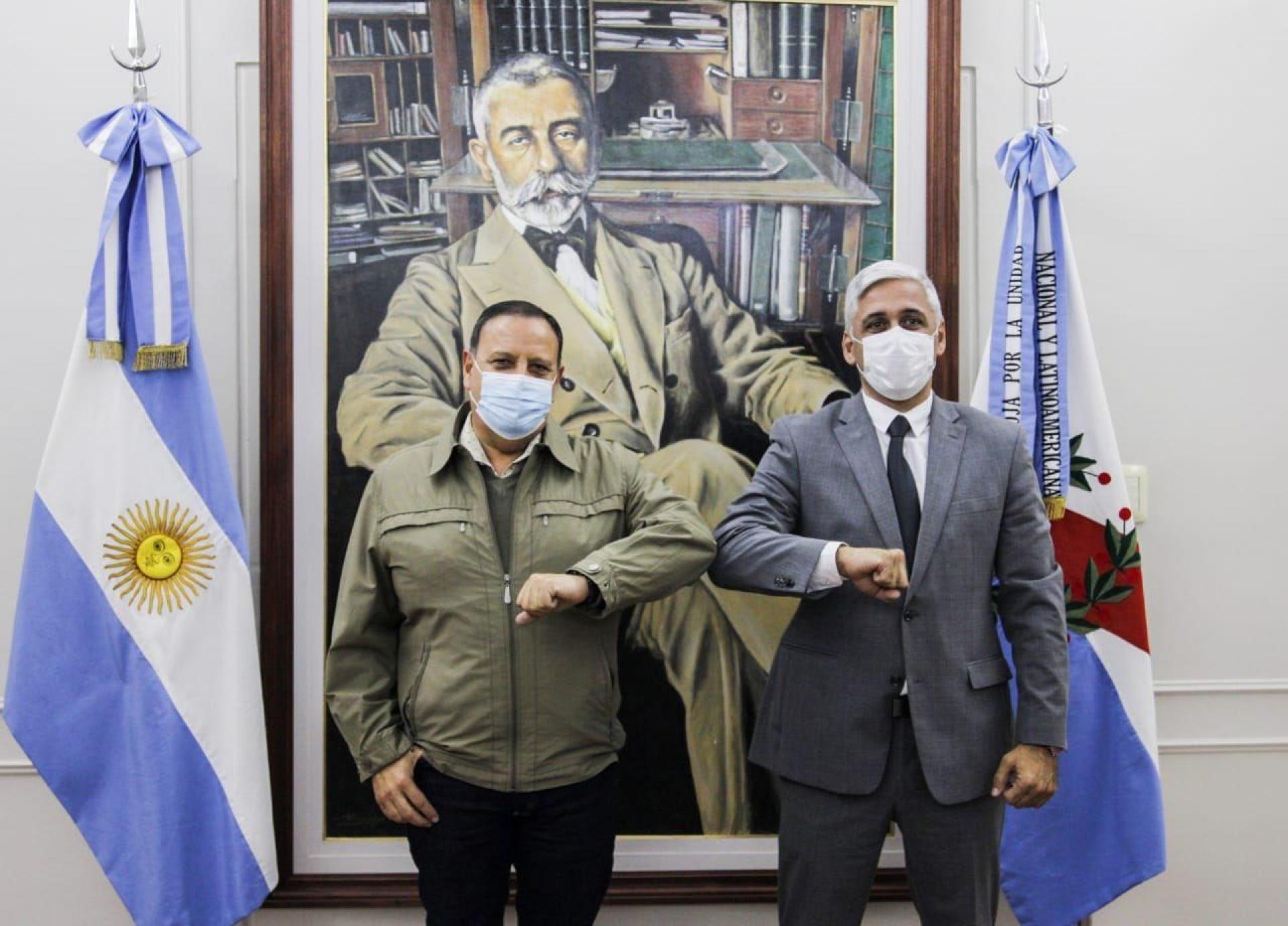 As part of Foreign Minister Solá’s plan to federalize Argentina’s foreign policy, the Foreign Ministry’s Undersecretary for National Affairs, Fernando Asencio, had a busy work schedule in La Rioja, which included meetings with Governor Ricardo Quintela and his team and with the Undersecretary for Foreign Affairs, Mariana Urbano, as well as visits to production enterprises.

“We agreed on a joint working agenda on topics of provincial interest with a focus on La Rioja’s international integration, within the context of a Federal Foreign Ministry,” stated Asencio, who during his visit learned more about international integration projects, such as the Arauco Wind Farm, the Pircas Negras Pass, and other projects that are being developed.

“Our new task is to position the Foreign Ministry in order to make it truly federal. We are leaving with a unique experience, a thriving province with amazing natural places, with the warmth of the people and the strength of the Governor to make it successful,” stated Asencio during his visit, the fifth one to a province within the federalization plan of Argentina’s foreign policy.

In addition, Asencio met with officials of the National University of La Rioja (UNLAR) and they agreed on “promoting the diplomatic career and the various proposals to enhance the foreign relations of La Rioja’s university and students.”

“We also visited one of the textile plants of TN Platex, which, despite the pandemic, provides work for 410 families in the province, adding value to the national industry,” highlighted Asencio who also visited the Arauco Wind Farm, a state company in La Rioja, and stated that it is “a source of pride for La Rioja and Argentina.”

“The workers showed me how the province believes in technology, production and education development, which are necessary for economic and social progress,” he stated.

Accompanied by La Rioja’s Minister for Tourism and Culture, Gustavo Aníbal Luna, Asencio also visited the new Castro Barros Cultural Centre, where he could see the work that is being done to promote touristic attractions and cultural exhibitions.