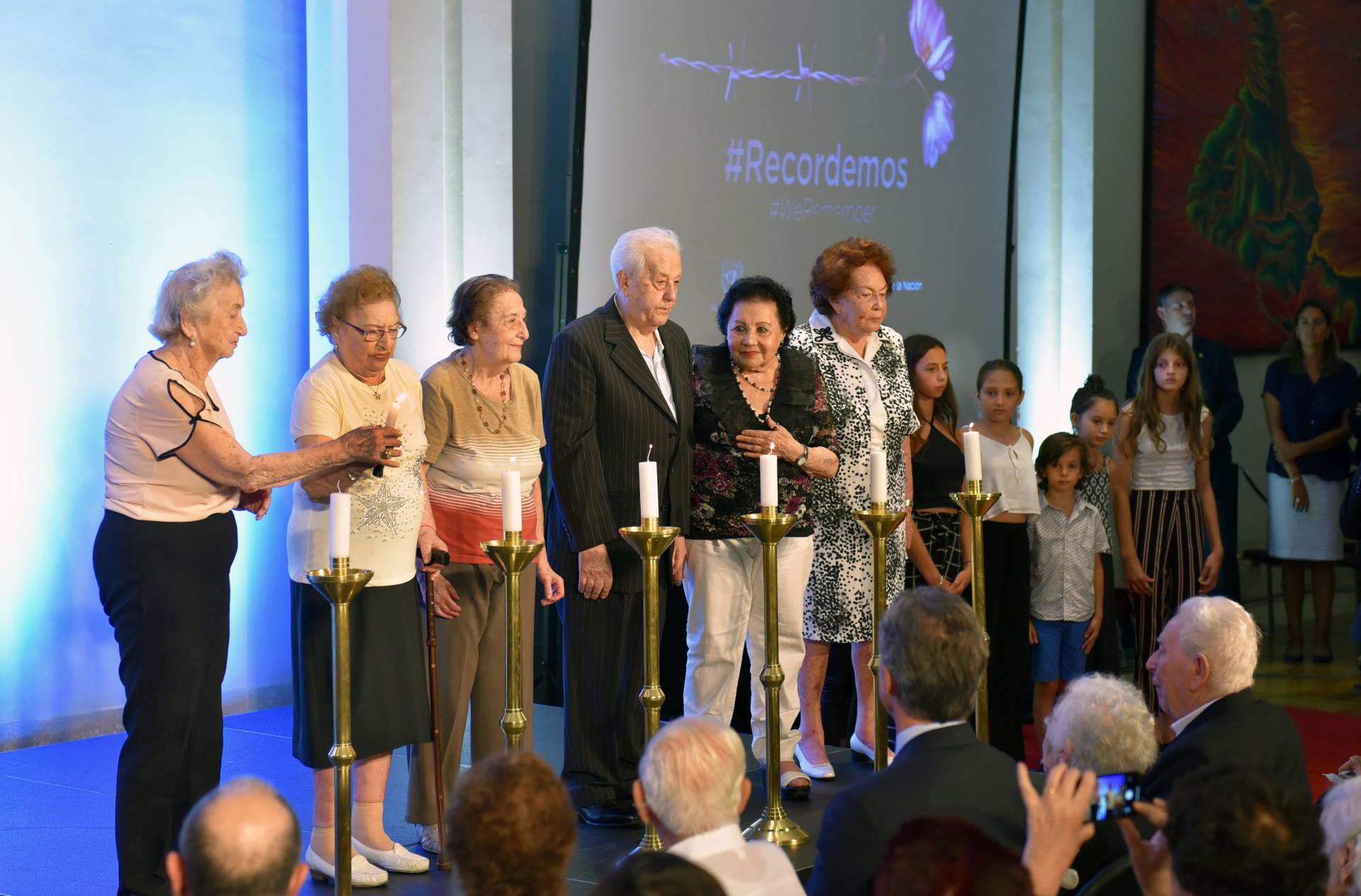 Commemorative ceremony in Memory of the Victims of the Holocaust

Today in the Libertador Room of the Palacio San Martín, President Mauricio Macri chaired the commemorative ceremony in Memory of the Victims of the Holocaust  This is the first time that a President of the Argentine Republic has taken part in this ceremony.

"As the President, I am proud of Argentina. We are the only Latin American country that is a member of the International Holocaust Remembrance Alliance," President Macri stated during his speech.

The President of the Argentine Republic reaffirmed the country's commitment to remembering and honouring the victims of the Holocaust. "I am firmly committed to the memory of the Shoah and so is the entire Government," he stated, and stressed that "by knowing, remembering and explaining what happened we will be able to prevent such events from happening again." "This is why we take part in the campaign 'We Remember', to educate and raise awareness."

The event was attended by Foreign Minister Jorge Faurie, the Minister of Education, Culture, Science and Technology, Alejandro Finocchiaro, the Secretary for Human Rights and Cultural Pluralism, Claudio Avruj, survivors, members of the Jewish community, national government officials and members of the diplomatic corps.

There were addresses by the President of DAIA, Jorge Knoblovitz, and by Holocaust survivor Mónica Dawidowicz. The survivors who attended the ceremony also lit the six candles that symbolize light, memory and presence.

Argentina maintains an active leadership in the fight against anti-Semitism in all contexts and fora in which it participates and supports all resolutions condemning the defamation of religions, the denial of the Holocaust and any discriminatory practices.

This is why our country is a member of the International Holocaust Remembrance Alliance and a founding member of the Latin American Network for Genocide and Mass Atrocity Prevention, the first initiative focused on the development of public policies with a special focus on atrocity prevention.

27 January marks the 74th anniversary of the liberation of Auschwitz-Birkenau, the largest extermination camp of the Nazi regime. The United Nations General Assembly chose that date to annually commemorate the victims of the Holocaust.