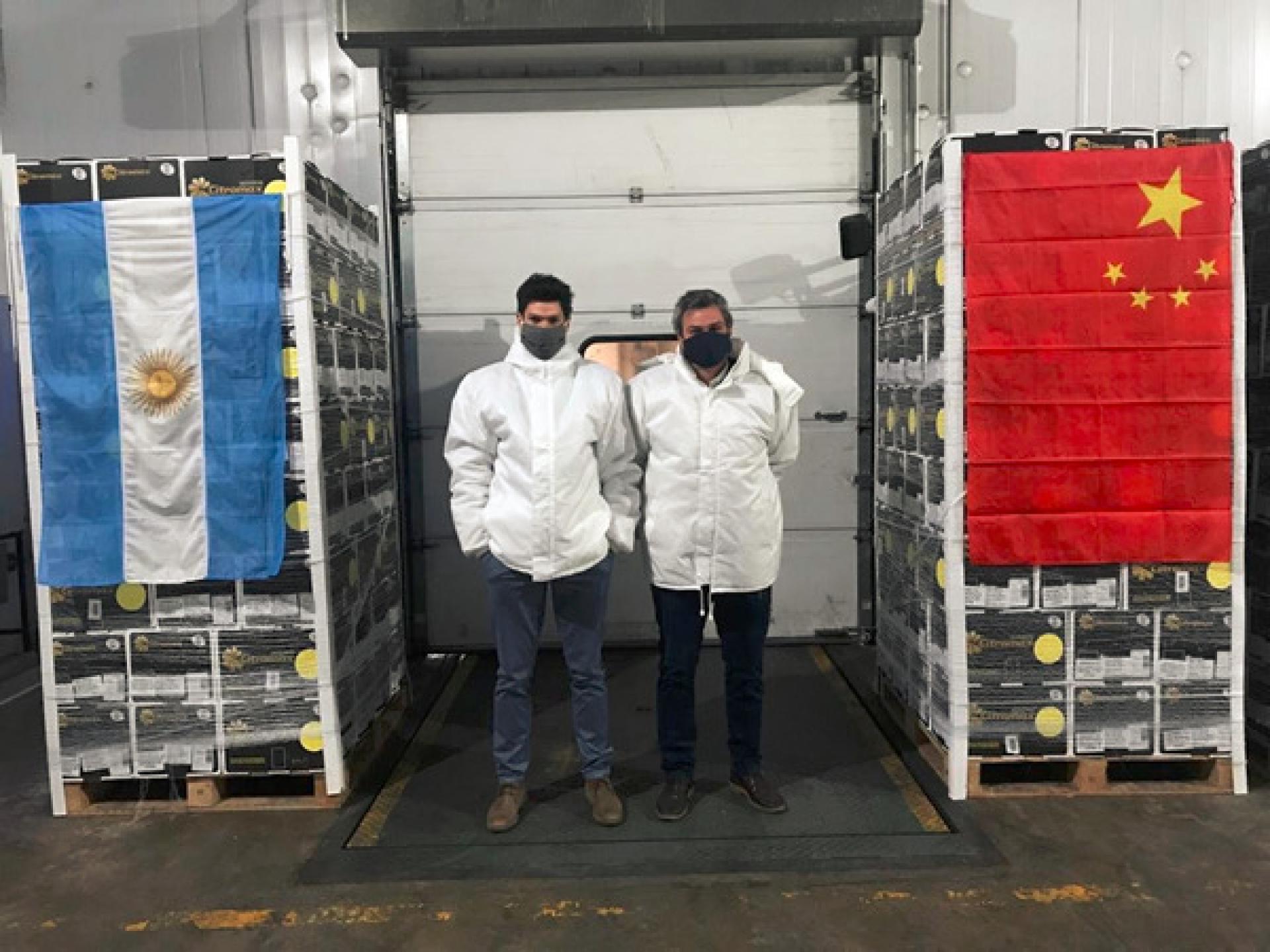 After years of negotiations, Alberto Fernández's Administration has reached an agreement on the phytosanitary requirements necessary to export fresh lemons to the People’s Republic of China. The first shipment arrived at the Hong Kong Port on 7 August bearing a total of 48 tons of fruit exported by the companies Citromax and San Miguel. The companies Argenti Lemon and Diego Zamora e Hijo will also take part in this first export campaign, which will reach a total of 476 tons from the Province of Tucuman.

The Secretary for International Economic Relations, Jorge Neme, welcomed the arrival of Argentine lemons from the Province of Tucuman and stated that “it is quite a significant effort that has just come to fruition. It involved many years of work by the authorities of SENASA and the Chinese animal and plant health agency.”

In addition, he underscored “the effort made by Argentine businesspersons, who have made it possible for lemons to become an Argentine international brand due to their quality and conditions, and because they are reaching over a hundred countries around the world.”

The first shipment arrived at the Hong Kong Port on 7 August and was transported to the Guangzhou wholesale market, after a 40-day journey from Buenos Aires, in compliance with all the requirements set forth in the Phytosanitary Protocol signed in December 2019 by the Minister for Agriculture, Livestock and Fisheries, Luis Basterra, and the Vice Minister of the General Administration of Customs of China (GACC), LI Guo.

The lemons will be sold at the Guangzhou wholesale fruit market, in the Province of Guangdong, and distributed through different traditional retail channels (hypermarkets, supermarkets and street stalls), as well as through digital platforms.

“China was an issue to be addressed in order for the sector to consolidate its expansion in Asia. This market is of great importance to us due to its size and potential.  Our fruit will be imported during the northern summertime, once the stocks of domestic products have run out.  We want to position ourselves as out-of-season, Southern hemisphere suppliers of a top-quality product in places where people are beginning to learn about the benefits of yellow lemon and include it in their diet,” stated Pablo Padilla, president of ACNOA (Citrus Growers’ Association of Argentina’s Northeastern Region).

China's import of citrus fruits is increasing, especially from out-of-season countries or producers of “premium-quality” fruit, of which there is high demand from medium class consumers with higher purchasing power.

Argentina is the world's second largest exporter of lemons, after Spain, with a production of 1,72 million tons of fresh lemons in 2019 (out of which more than 95% comes from Argentina’s Northeastern region —Catamarca, Jujuy, Salta and Tucumán— representing 88% of national production). 75% of total products is for industrial use, 8% is consumed locally and 17% is exported as fresh fruit.