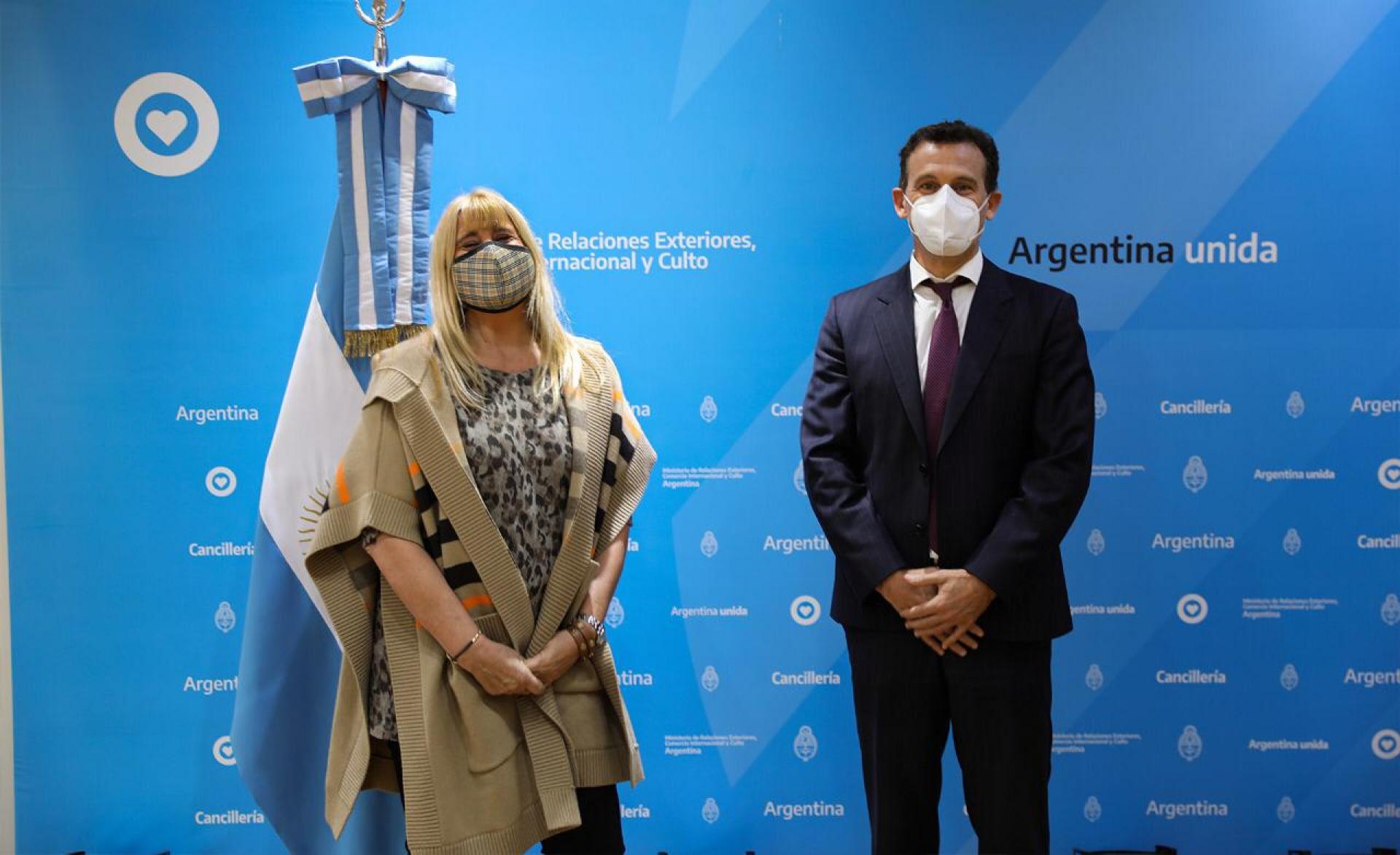 Chaves spoke with Losardo about nomination of ESMA Museum to UNESCO

The Chief of the Private Office of the Foreign Ministry, Guillermo Justo Chaves, met on Tuesday with the newly appointed Argentine Ambassador to the United Nations Educational, Scientific and Cultural Organization (UNESCO), Marcela Losardo. They discussed the promotion of the nomination to the UNESCO World Heritage List of the ESMA Memory Site Museum - Former Clandestine Detention, Torture and Extermination Centre, managed by the Argentine Secretariat for Human Rights headed by Horacio Pietragalla Corti.

“Human rights are the moral basis of democracies, and the nomination of this symbol of Nunca Más (Never Again) and of a past that we must never forget is part of the comprehensive human rights policy carried out by the Federal Government and recognized globally,” Chaves stated following his meeting with Losardo, during which they discussed the next steps in the nomination process of the former Clandestine Detention, Torture and Extermination Centre. They also coordinated their agendas to continue the joint work.

On behalf of Secretary Pietragalla, the meeting was attended by the Chief Director for the Museum, Alejandra Naftal; the General Coordinator of the Work Plan, Mauricio Cohen Salama; and the nomination’s International Cooperation Coordinator, Mayki Gorosito.

The nomination was presented by Foreign Minister Felipe Solá on 2 June. It is intended to afford international visibility to State terrorism by the civil-military dictatorship that governed Argentina between 1976 and 1983, with the enforced disappearance of people at the core of their actions.