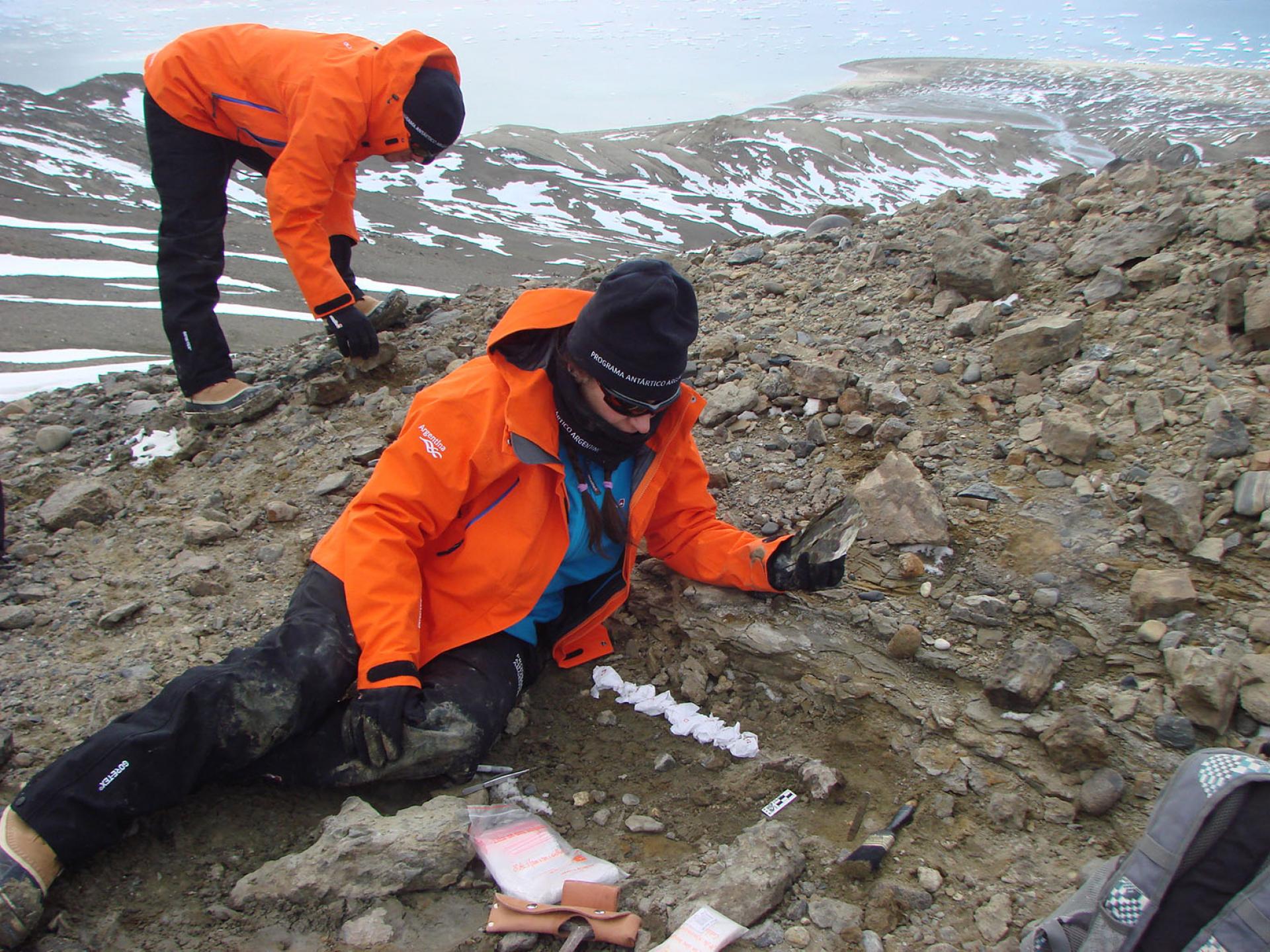 Researchers from the Argentine Antarctic Institute (IAA), currently working on a project carried out together with the National Universities of Córdoba and La Plata and CONICET, made public in a renowned international scientific journal the discovery of fossil remains of a new bird genus and species about 65 million years old (Tertiary) in Marambio Island, in the Northeastern Antarctic Peninsula.

The discovery was made during the 2007 campaign within the context of a project coordinated by the Argentine Antarctic Institute. After years of preparation and research, the bird discovered was assigned to a group (Anseriformes) similar to contemporary ducks, geese and swans. The fossil remains belong to a nearly complete skeleton and are the most complete evidence of a bird in Antarctica.

The remains appear to belong to a flying and long-legged bird, which lived in temperate forest ecosystems. The discovery allows scientists to assume that the typical shape of the beak of modern ducks appeared early in the evolution of this group of birds.

The bird was named Conflicto antarcticus because of its atypical systematic position, since its characteristics are different from those of other known birds. Its discovery represents a very important fossil record of a non-seabird for the Southern Hemisphere and the hypothesis developed following this discovery may constitute the basis for new theories on the evolution of modern birds.

Furthermore, within the context of a research project also carried out by the Argentine Antarctic Institute, together with researchers from the La Plata Museum (National University of La Plata) and CONICET, an important paleontological discovery was made in Marambio Island (Argentine Antarctica): the first fossil penguin skull with complete beak in Antarctica. This discovery will lead to significant progress in studies on the evolution of penguins, which are nowadays exclusively found in Southern seas.

Penguins have lived in Marambio Island and its surroundings for at least 60 million years. Since then, they successfully diversified by reaching heights ranging from 40 centimetres to more than 2 metres. The skull, retrieved only a few days ago, belongs to one of the largest penguin species.

This new area in which excavation and research are being conducted is very promising since it is a barely explored area which harboured terrestrial herbivorous mammals 40 million years ago, in a region similar to current Andean-Patagonian forests.