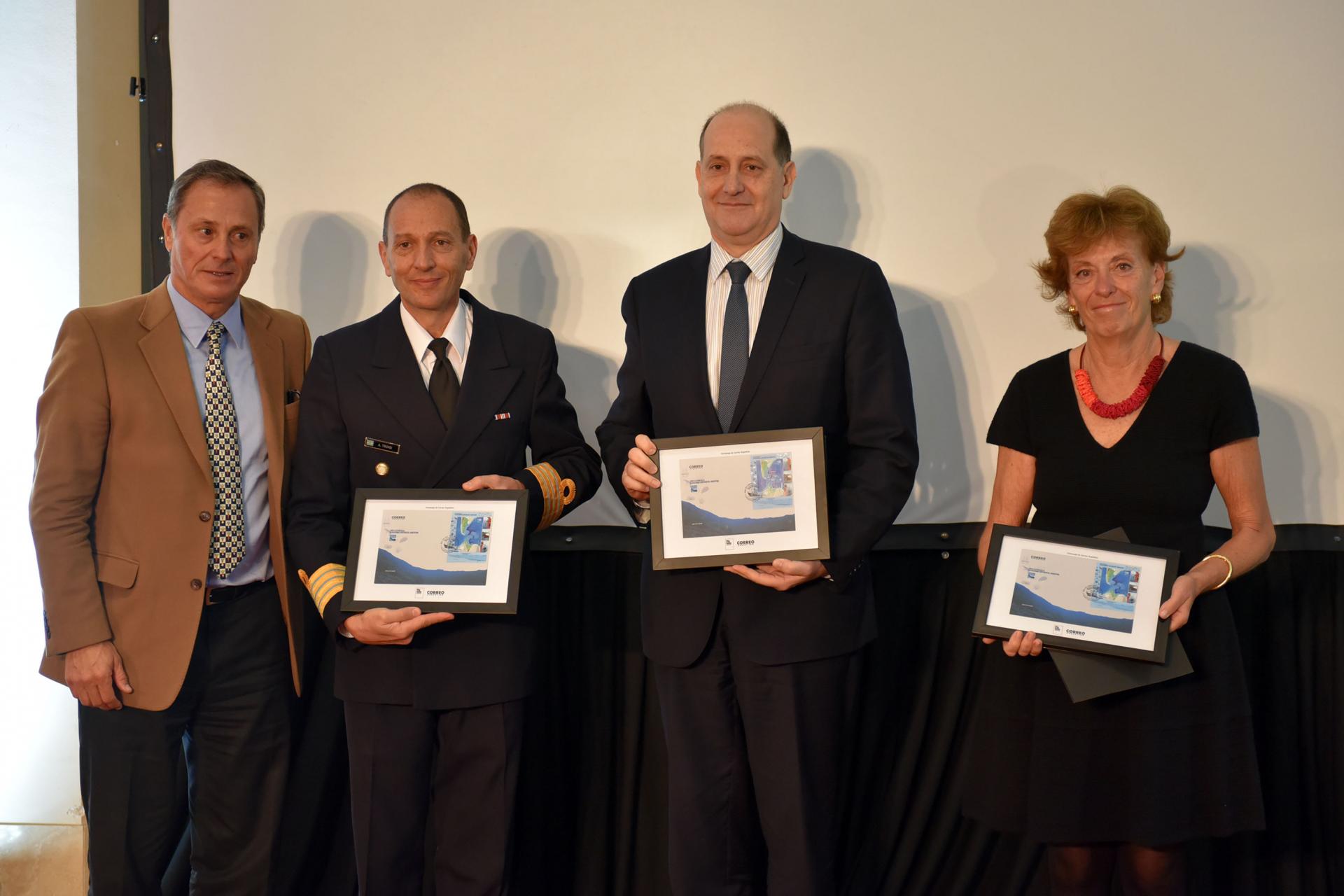 The Deputy Foreign Minister and President of the National Commission on the Outer Limit of the Continental Shelf (COPLA), Daniel Raimondi, alongside the Vice-president of the Argentine Postal Service, Gustavo Papini, chaired the launching of the "Argentine continental shelf outer limit" stamp, held today at the Palacio San Martín.

Also present at the event were the Undersecretary for the Malvinas, Antarctica and South Atlantic and Alternate President of COPLA, María Teresa Kralikas, and the General Coordinator of COPLA, Frida María Armas Pfirter.

The officials then presented the Argentine continental margin database, which is the result of 20 years' work, during which time COPLA compiled, obtained and systematized seismic reflection and refraction, bathymetric, gravimetric and magnetometric data, mainly collected in the area between the 200 nautical miles limit and the beginning of the deep sea. The data was processed and studied and served as the basis for delimiting the outer limit of the Argentine continental shelf.

This data was analyzed, sorted, classified and integrated by means of a Geographic Information System (GIS) Project, which was specially designed to grant quick data access, visualization and identification.

The Recommendations of the Commission on the Limits of the Continental Shelf (CLCS) having been obtained and given that much of the data used to delimit the outer limit of the area analyzed by the CLCS has not yet been published, throughout this year, the data will be made available to the Argentine Government departments that will find it useful, such as the Federal Fisheries Council, the Secretariat for Energy, the National Geographic Institute, the Argentine Navy, the National Institute for Fisheries Research and Development (INIDEP), the National Scientific and Technical Research Council (CONICET) and the Secretariat for Science and Technology, among others.

At the closing of the event, the book "The Argentine Continental Margin. Between 35º and 55º South Latitude in the Context of Article 76 of the United Nations Convention on the Law of the Sea" was presented. This is a previously unpublished study on the Argentine continental margin, in the Spanish and English languages, which was carried out by COPLA alongside other institutions that have made their scientific contribution to the defence of the Argentine Republic's sovereign interests.

The publication, which was presented at the event, will be available for download in digital form at: http://www.plataformaargentina.gov.ar/publicaci%C3%B3n-libro-el-margen-continental-argentino