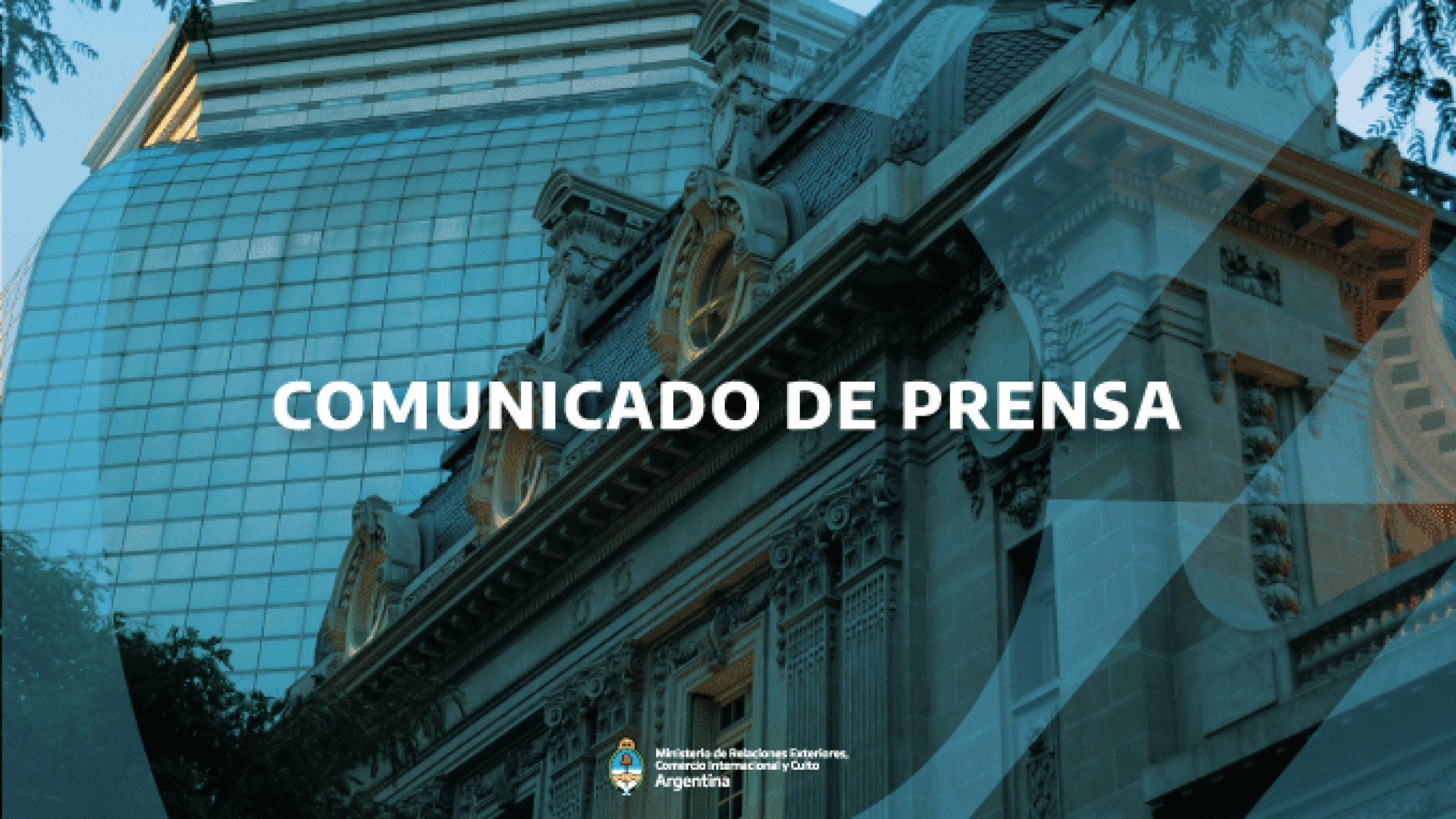 It has come to the Argentine Government’s notice that in recent days the United Kingdom has once again conducted military exercises in the Malvinas Islands, involving, among others, soldiers of the Grenadier Guards and the Scots Guards as well as the Royal Navy and Royal Air Force, which are part of the military deployment of the United Kingdom's illegal occupation of the Malvinas Islands.

The Argentine Republic, through the Secretariat for the Malvinas Islands, Antarctica and the South Atlantic, vigorously rejects the conduct of these military operations in unlawfully occupied Argentine territory. Such operations constitute an unjustified demonstration of force and wilful disregard of the various resolutions adopted by the United Nations and other international organizations calling on both Argentina and the United Kingdom to resume negotiations to find a peaceful and lasting solution to the sovereignty dispute between both countries in relation to the Question of the Malvinas Islands.

Our country regrets that pointless efforts are being devoted to military matters in times when humankind must join forces and pool all available resources to combat COVID-19 amidst such a serious and delicate situation. Furthermore, British military presence in the islands is diametrically opposed to Argentina’s constant willingness to resolve the dispute through peaceful means, in accordance with international law and United Nations resolutions.

In particular, the United Kingdom’s insistence on conducting military exercises in the South Atlantic  specifically contravenes Resolution 31/49 of the United Nations General Assembly, which calls on both parties (Argentina and the United Kingdom) to refrain from taking decisions that would imply introducing unilateral modifications in the situation while the Islands are going through the negotiation process recommended by the resolution.

The military presence is also contrary to Resolution 41/11 of the General Assembly (Zone of Peace and Co-operation of the South Atlantic), which, among other provisions, calls upon states of all other regions, in particular the militarily significant States, to scrupulously respect the region of the South Atlantic as a zone of peace and co-operation, especially through the reduction and eventual elimination of their military presence there.

Once again, the Argentine Government reaffirms its sovereignty over the Malvinas, South Georgia, and South Sandwich Islands, and the surrounding maritime spaces, which are an integral part of the Argentine Republic’s national territory and, being unlawfully occupied by the United Kingdom of Great Britain and Northern Ireland, are the subject of a sovereignty dispute acknowledged by the United Nations in Resolution 2065 (XX) and subsequent resolutions adopted by the General Assembly as well as by other international organizations and fora.

Furthermore, in keeping with the above-mentioned resolutions, the Argentine Government reiterates that this is a sovereignty dispute that must be resolved bilaterally between both countries and reaffirms its willingness to resume negotiations.