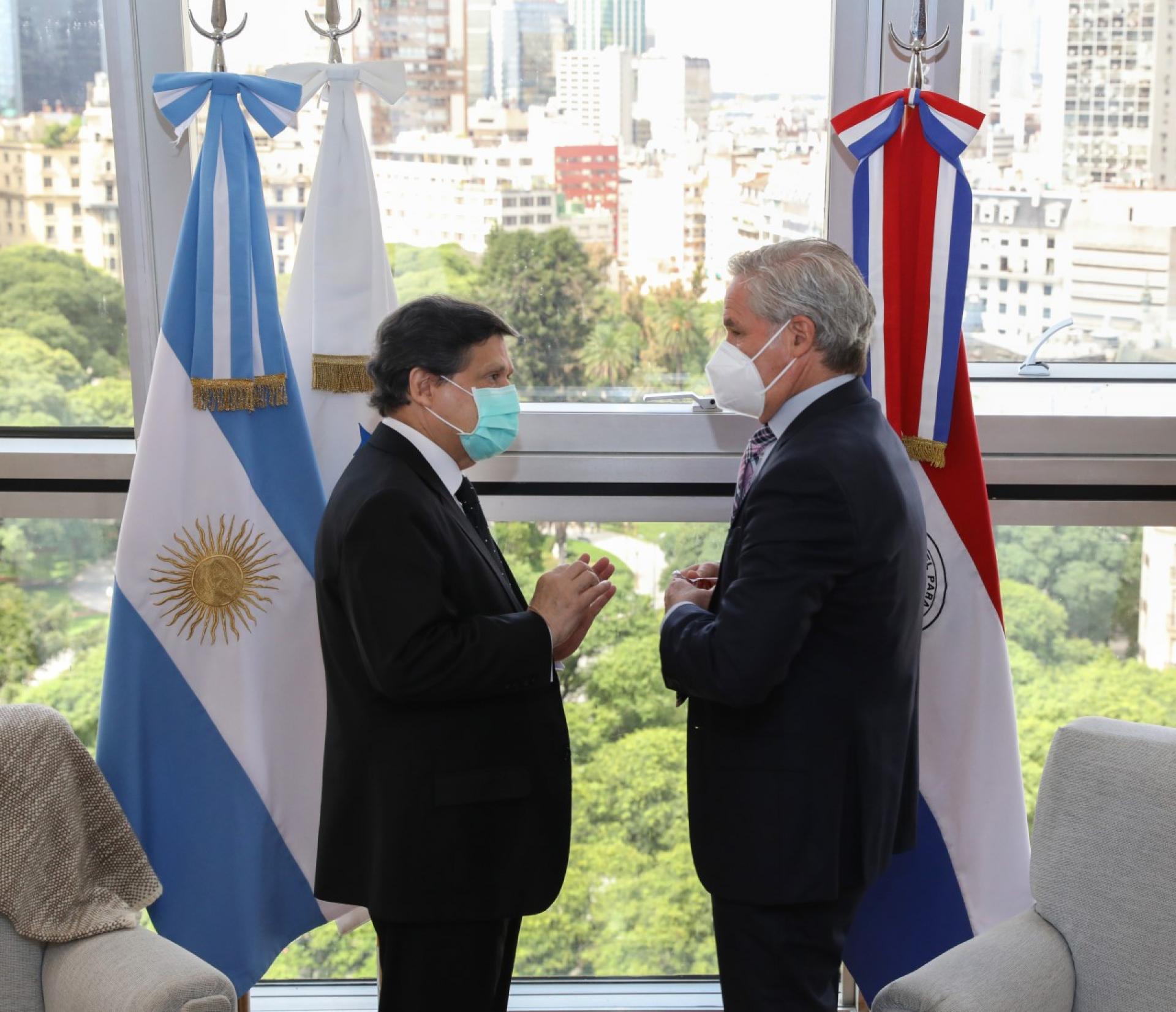 Foreign Minister Felipe Solá met today with his Paraguayan counterpart, Euclides Roberto Acevedo Candia, with whom he discussed the critical sanitary situation in the region due to the COVID-19 pandemic and the details of the next meeting of Presidents of MERCOSUR to be held on 26 March.

During the meeting, both Foreign Ministers agreed that the region is facing a vaccine shortage and discussed the possibility of establishing cooperation mechanisms based on each country’s needs, as well as ways of assisting Paraguay by providing medical equipment and supplies.

As regards the 30th anniversary of MERCOSUR, to be commemorated on 26 March at a virtual meeting of Presidents, both Ministers agreed that the bloc must continue to follow the intense external negotiation agenda and work as a common platform for the region to enter the international arena on competitive terms, so that it may establish relations with other markets in a post-pandemic context.

In addition, they stressed that the four countries should take advantage of the anniversary to assess the progress made and to strengthen the integration agenda on key matters such as physical and digital infrastructure, trade facilitation, citizenship, value chains and regional productive integration, and the improvement of institutional operation.

The Argentine Foreign Minister conveyed to his Paraguayan counterpart that Argentina is committed to strengthening its domestic and foreign agenda during its Presidency Pro Tempore for the benefit of each of the four member countries.

Solá provided Foreign Minister Acevedo with a draft protocol for the Argentine Forensic Anthropology Team to work on the case of 11-year-old Lilian Mariana and María Carmen Villalba, who were killed on 2 September 2020 in Yby Yau, Concepcion, during a Joint Task Force operation. Should the protocol be approved, Argentina and Paraguay will be taking a key step to start working on the investigation to uncover the truth.

The Argentine Minister was accompanied by the Secretary for Foreign Affairs, Pablo Tettamanti, the Secretary for International Economic Relations, Jorge Neme, and the Chief of the Private Office of the Foreign Ministry, Guillermo Justo Chaves. For his part, Foreign Minister Acevedo was accompanied by the Deputy Minister of Economic Relations and Integration, Ambassador Raúl Cano Ricciardi, the General Director of Bilateral Policy, Ambassador Marcelo Scappini, and the chargé d’affaires of the Paraguayan Embassy in Buenos Aires, Minister Antonio Aranda.