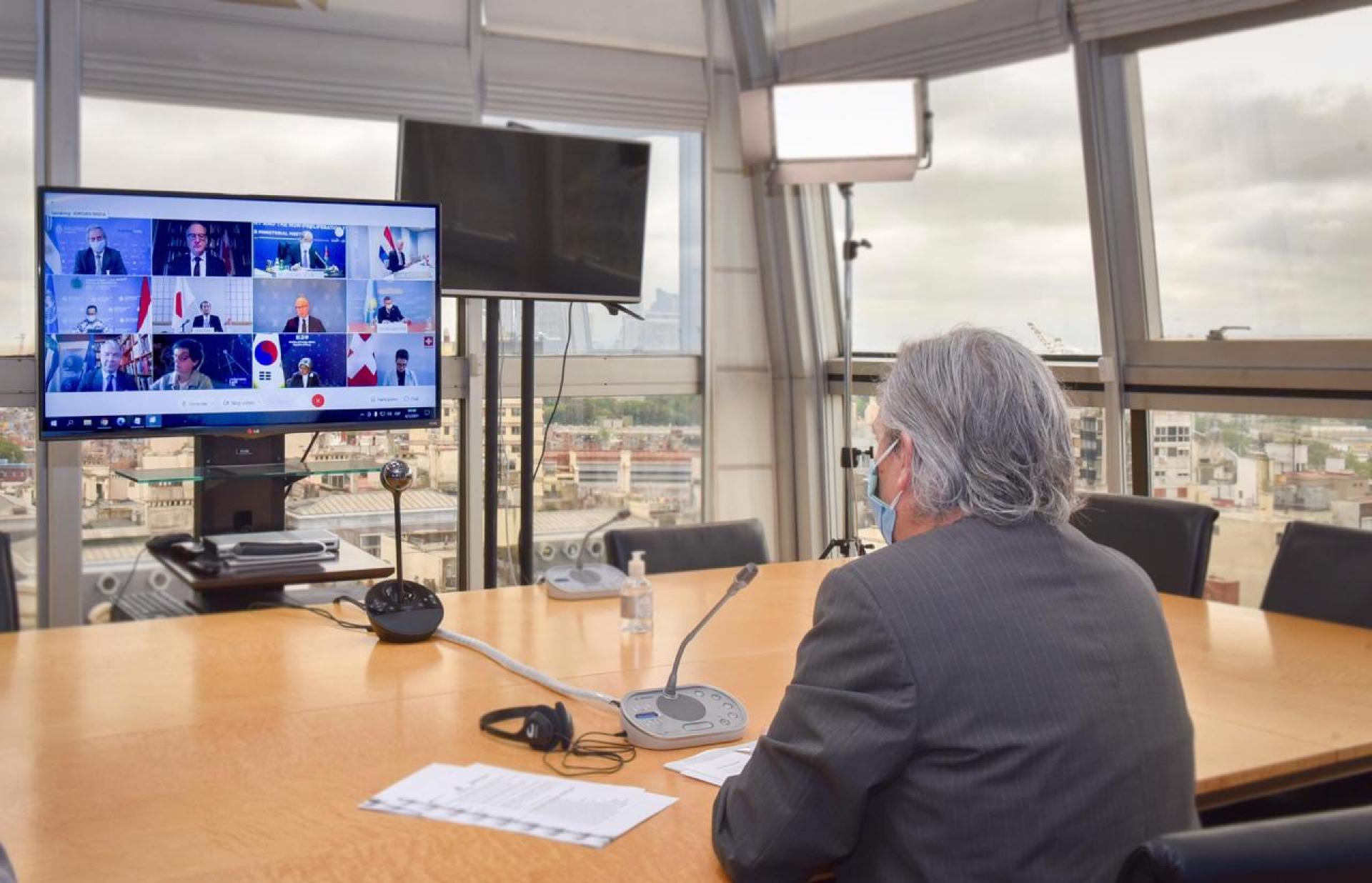 Argentina in international Meeting on Nuclear Disarmament and Non-proliferation

The Argentine Foreign Ministry participated today in the Third Ministerial Meeting of the Stockholm Initiative for Nuclear Disarmament and the Non-Proliferation Treaty (NPT), during which our country reaffirmed once again that achieving the complete elimination of weapons of mass destruction, considering their devastating power, should be the priority of the international community’s efforts in matters of disarmament.

Argentina supports any measure aimed at promoting the complete elimination of nuclear weapons under the principles of transparency, irreversibility and verification of nuclear disarmament measures. In this regard, Argentina is part of the first nuclear-weapon-free zone in a densely populated geographic region, as established by the Treaty of Tlatelolco.

It should be noted that our country has a long history in the field of nuclear technology: it was the first Latin American country to operate a nuclear power plant; it has successfully completed the process of reducing the use of highly enriched uranium in its research reactors, and bases its entire production of radioisotopes on low-enriched uranium.

Argentina also pursues a responsible policy of international cooperation in the field of peaceful use of nuclear energy and export of materials, equipment and nuclear technology, in keeping with the Guidelines of the Nuclear Suppliers Group, of which our country is a member.

As a member state of the five export control regimes (Australia Group, Zangger Committee, Nuclear Suppliers Group, Wassenaar Arrangement and Missile Technology Control Regime) Argentina has expressed its full commitment to non-proliferation of weapons of mass destruction. Through training programmes, it promotes the implementation of Resolution 1540 (2004) of the Security Council, a cornerstone of the global architecture of non-proliferation.