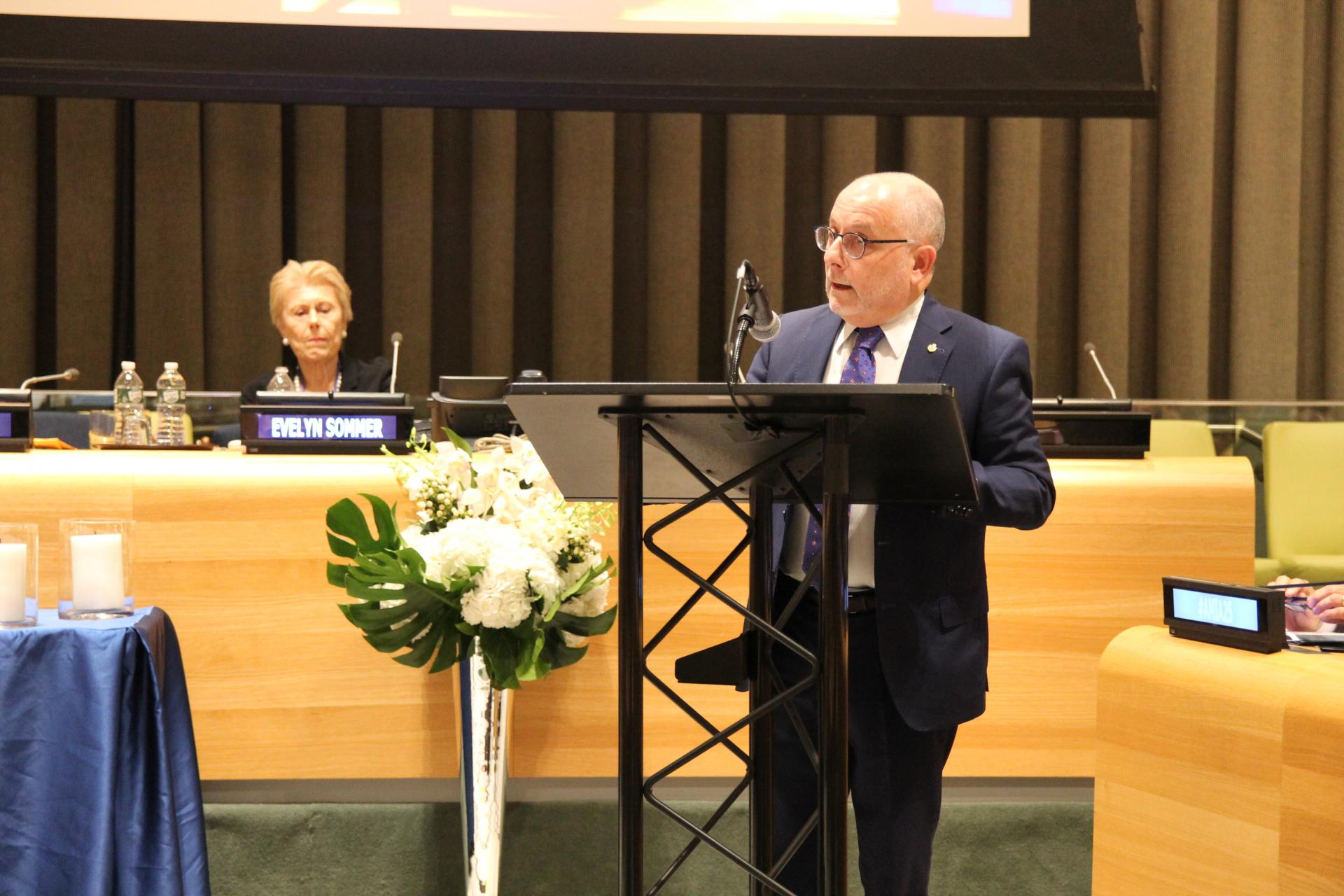 AMIA: Tribute at the UN 25 years after attack

Today, at the United Nations headquarters (UN) in New York City, Foreign Minister Jorge Faurie participated in a commemorative ceremony to mark the 25th anniversary of the bombing of the Argentine Israelite Mutual Association (AMIA), the worst terrorist attack in Argentine history, perpetrated on 18 July 1994.

"We are grateful to commemorate the 25th anniversary of the AMIA attack at the UN. We are here to honour the victims and because of a very specific and pressing situation: the pressing need to seek justice," Faurie stated during his address.

"It was not merely an attack on the Jewish community, but on the Argentine people and on democracy in Argentina. The terrorists targeted a symbol like AMIA because the Jewish community is very dynamic in Argentina, it is a key promoter of our nation and identity, and one of the biggest in the world as regards cultural, academic and economic matters," the Foreign Minister stated, and added that "this irrational attack on innocent people will not be forgotten, just as the attack perpetrated against the Embassy of Israel in Buenos Aires in 1992."

Faurie underscored "Argentina's commitment to the eradication of anti-Semitism and hate in all of their forms, which are the seed of violence," and added that: "We will not stop seeking justice and requesting that the accused appear before the Argentine courts."

"We are proud to be a nation that works towards peace, to be leaders regarding interfaith dialogue and to live in diversity. We are a constructive nation where interfaith dialogue is possible, and we will not allow an attack to change this," Faurie stated.

The Argentine Foreign Minister also recalled that "on the occasion of the 25th anniversary of the attack, the Hemisphere Counterterrorism Conference, for which Argentina has been working together with the United States, will be held in Buenos Aires on 19 July."

At today's ceremony, led by the Argentine Representative to the UN, Martín García Moritán, and attended by the President of the 73rd session of the General Assembly of the United Nations, María Fernanda Espinosa; the President of AMIA, Ariel Eichbaum; and the Chair of the North American Section of the World Jewish Congress, Argentine Evelyn Sommer, each speaker lit a candle as a tribute to the 85 people killed in the attack.

In turn, Eichbaum stated that "the free countries of the world must maximize their efforts to defend the paramount value of life, stop the advance of terrorism and identify funders and supporters of these extremist groups, whoever they are."

"This ceremony is an essential exercise in memory that enables us to extend our unsatisfied claim for justice beyond our country's borders," the President of AMIA concluded.