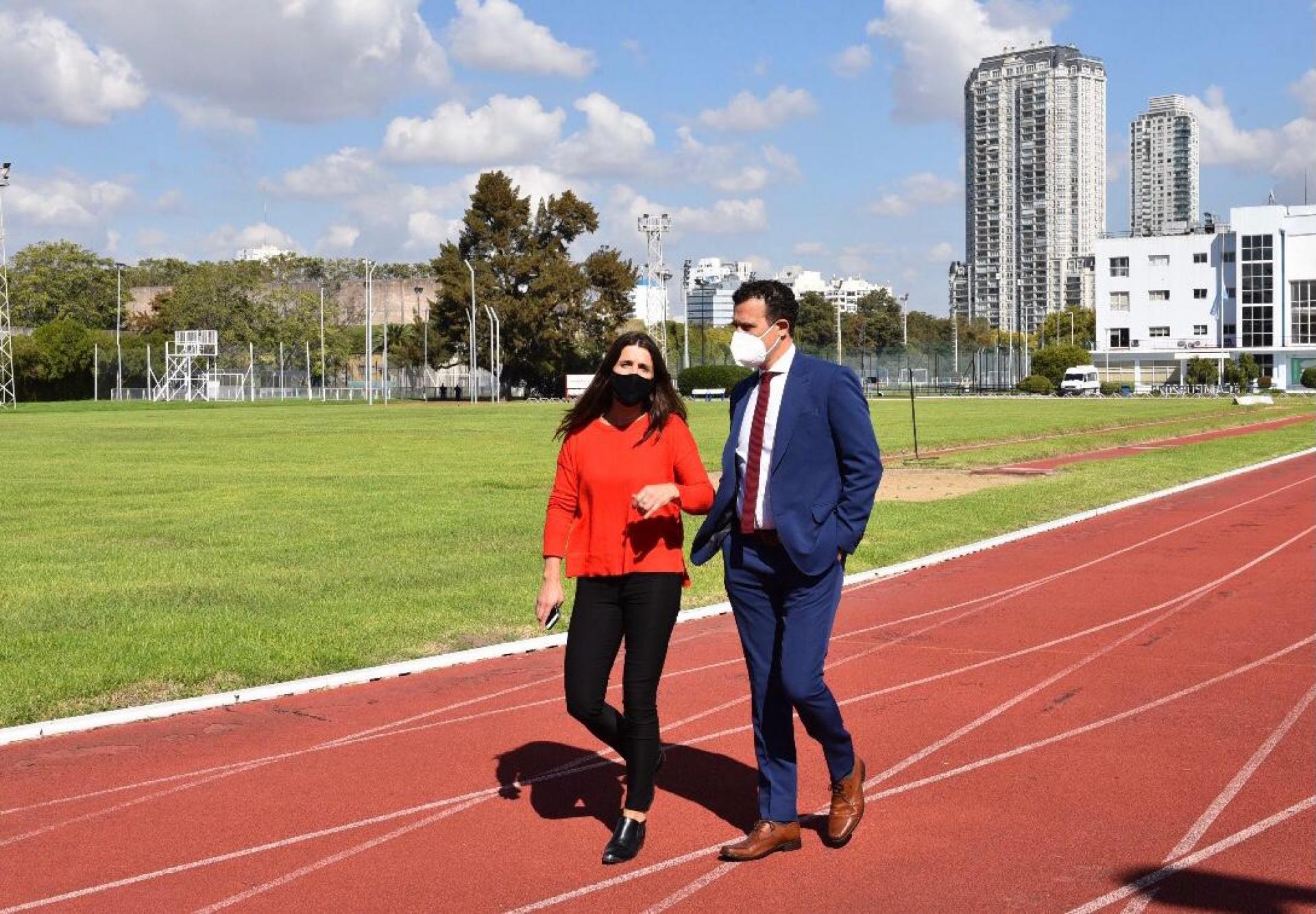 Two weeks ahead of the 2021 Ibero-American Sports Summit, to be hosted by Argentina virtually, the Chief of the Private Office of the Foreign Ministry, Guillermo Justo Chaves, met with the Argentine Secretary for Sports, Inés Arrondo, to discuss details of the international event, which will include the Foreign Ministry’s support for organization purposes.

During the meeting, held at Cenard (the Argentine High Performance Sports Center), they discussed how important of Argentina having been chosen to host this Summit, that from May 10 to 12 will gather the highest government officials of Ibero-American sports and representatives of various international institutions. This will be a good opportunity to share experiences and develop joint strategies to formulate policies in the fields of physical education, physical exercise and sports.

During the visit to Cenard, Chaves and Arrondo watched athletes training for the Tokyo Olympic Games, including handball and hockey players. They talked about the Olympic Games to be held between July and August and the organizational difficulties in the current pandemic context.

“Sports are a key mechanism for individual and collective development. Discipline, good habits, goal planning and all the values that go together with sports are needed more than ever. Together with work, they are the greatest pillars for individuals and families to organize their lives. That is why we work together with the Ministry and the Secretariat for Sports,” stated the chief of the Private Office of the Foreign Ministry.

Finally, Arrondo explained the actions being implemented by her administration: preparation for high competition, federal promotion of sports, and especially the campaign for equality in sports as an integration pillar; anti-doping, and gender equity and equality.

Chaves was accompanied by Conrado Carrasco Quintana, the Director for Intermediate Organizations and Public Diplomacy of the Argentine Foreign Ministry.